Over 17 million Hispanic children—one in three—live in families with incomes below the federal poverty line. Two-thirds live in households in the bottom fifth of the income distribution. Does their experience of poverty differ from that of black or white children? That is the question addressed in a new research report from the National Research Center on Hispanic Children and Families (NRCHCF). Three findings stand out:

1. Low-income Hispanic households with a foreign-born parent are more stable…

Among low-income Hispanic children with at least one foreign-born parent, 36 percent live in married, two-parent households; about half live under the same roof as their father; and over 80 percent live in a household with an employed adult. These figures are significantly higher than for low-income black and white children—but also higher than for US-born Hispanic households. 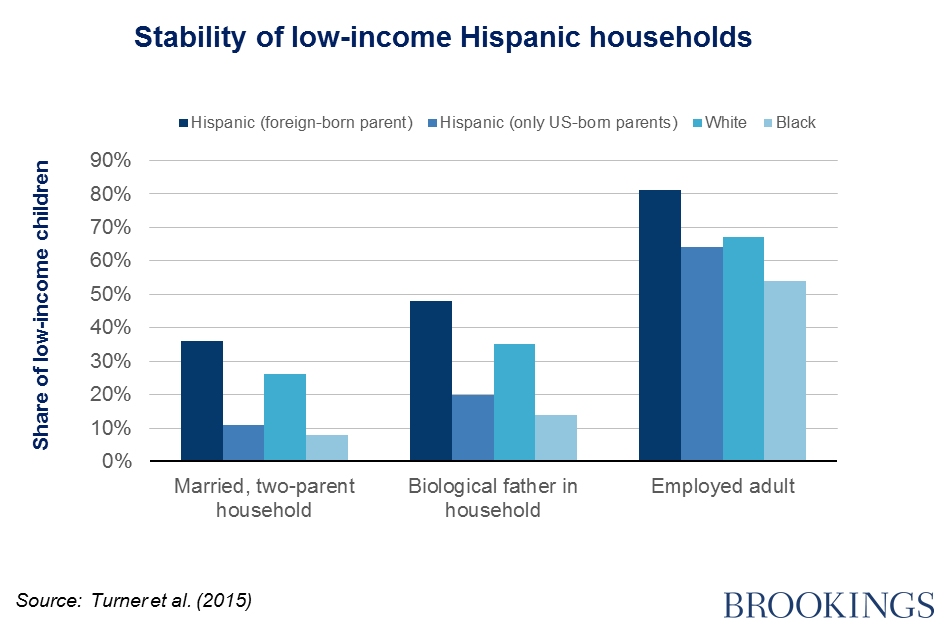 Hispanic children with foreign-born parents also tend to live in households with an extra mouth to feed. Whereas the average low-income white, black and US-born Hispanic household has about four people, the average low-income foreign-born Hispanic family has five. This is a meaningful difference—about 40% of these children are living in ‘crowded housing’ in which three or more members share a bedroom. What effect this has on longer-term outcomes is unclear. As the researchers themselves admit, it could go either way: while an older brother’s drumming may keep you up at night, he may also be able to provide extra assistance on math homework. 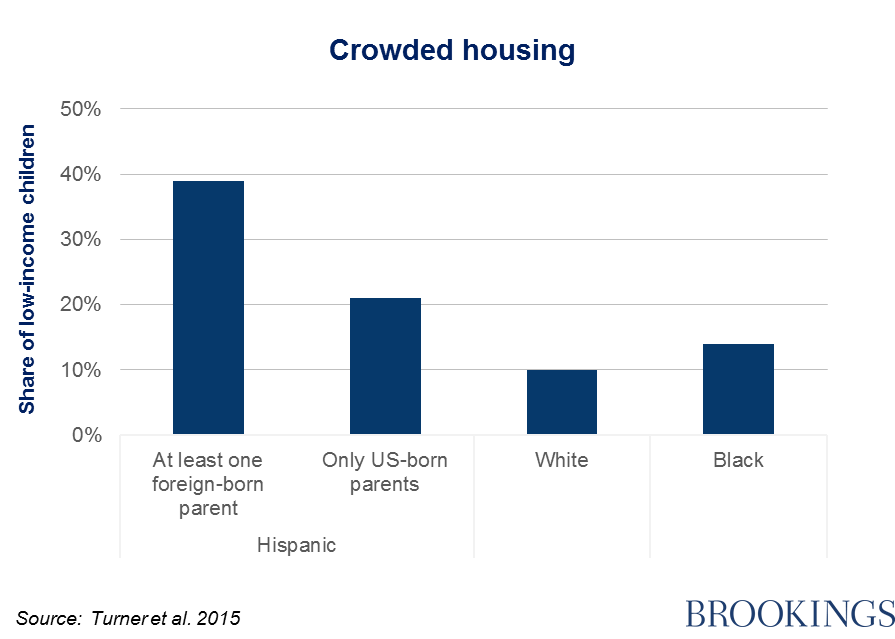 It is a mistake to treat the Hispanic population as homogenous, on any number of dimensions, including country of origin. The NRCHCF report suggests a crucial distinction between US-born and foreign-born Hispanics. In broad terms, the circumstances of low-income children of US-born Hispanic parents are worse than those with at least one foreign-born parent—they look a lot more like their black and white peers.

Considering that much of the projected growth in the Hispanic population is expected to come from US births rather than immigration, the results of the NRCHCF study may not bode well for Hispanic children’s future well-being. 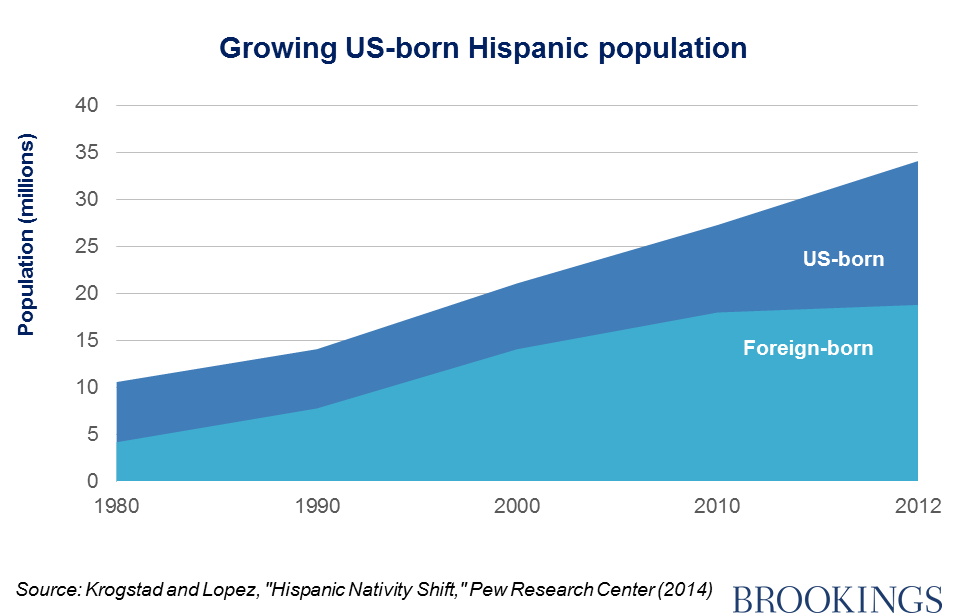 With the Hispanic population projected to rise to 106 million by 2050, improving our understanding of the dynamics and differences of low-income families will be increasingly important. Many questions confront us, including: What is driving the differences between Hispanic households with foreign-born and US-born parents? And: Can we do anything about it?

Nicol Turner Lee and Samantha Lai
Tuesday, May 17, 2022
How We Rise

Rashawn Ray
Tuesday, May 17, 2022
Get daily updates from Brookings