Social mobility is usually measured in terms of income, and how affluence and poverty are imprinted from one generation onto the next. But of course social mobility is about more than money. It’s about education, health, social capital—and choice.

Income is a convenient measure of status, and an all-too-reliable predictor of these other forms of status and advantage. Those who move up the income ladder compared to their parents—the upwardly mobile—are likely to reap rewards in other dimensions of their life, too. Likewise, those who slide down the chutes may suffer in other ways than just income.

NPR’s Planet Money has produced a great graph that looks at the occupations of the “uppers” and the “downers”: 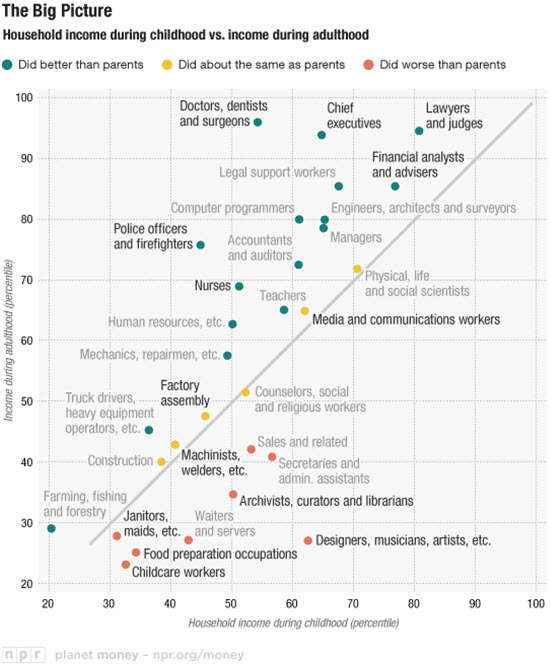 It is a salutary reminder that social mobility is often as much about class as income. There are four main quadrants:

Though their incomes may be similar, there’s a world of difference in education and family affluence between the Stuck at the Bottom workers and the Downwardly Mobile Elite musicians, artists, and librarians. For example, the guitarist Winston Marshall is the son of multimillionaire Paul Marshall. 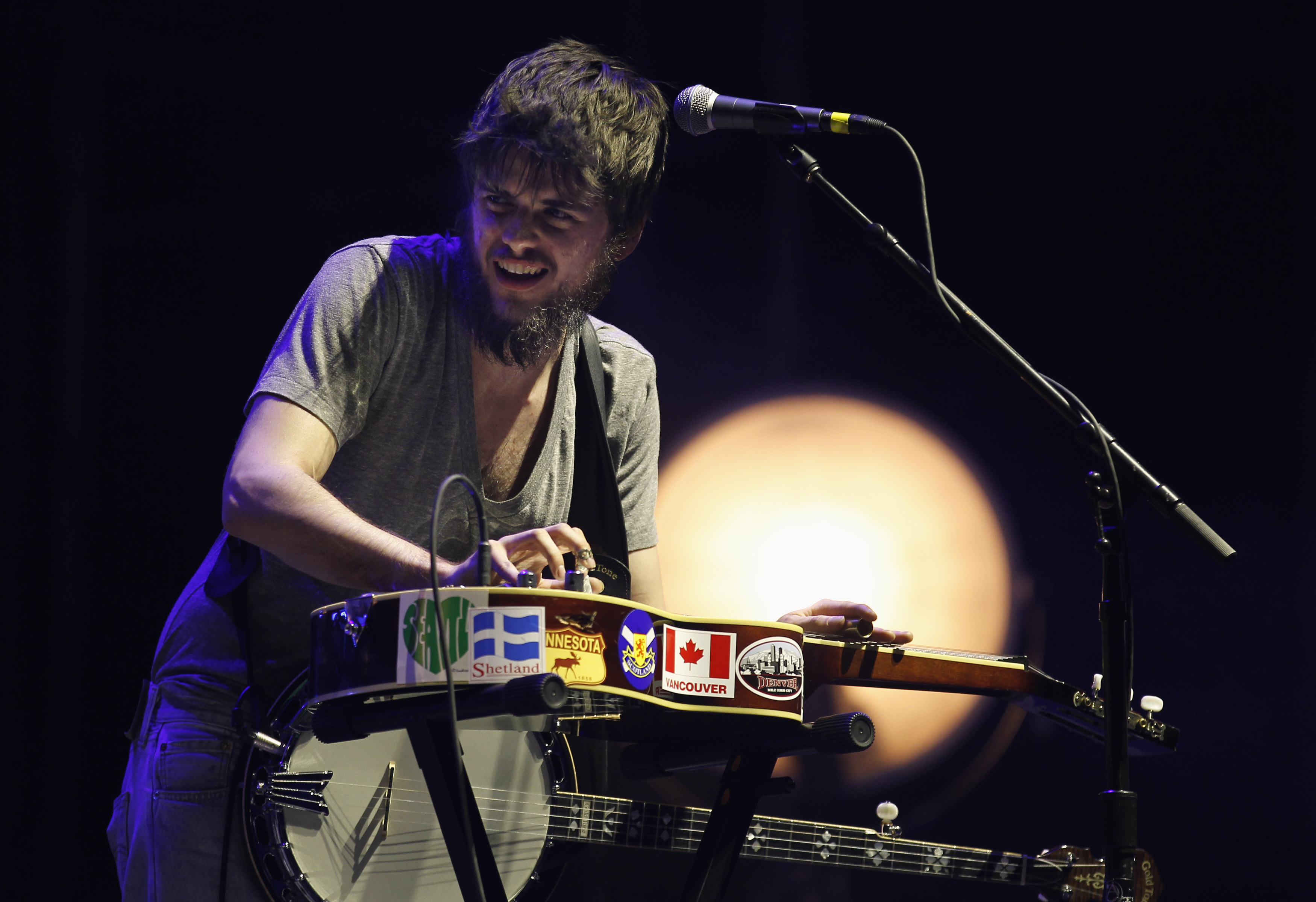 As it happens, his band, Mumford and Sons, have done rather well, but one suspects he’d have chosen his career path regardless. This, then, is a voluntary form of downward mobility. There are children of the affluent who choose the life of a starving artist in the style of Lena Dunham’s HBO show Girls, or the impeccably educated scholars, artists, and writers assembled in the Brooklyn squat brought to life in Paul Auster’s Sunset Park.

These Downwardly Mobile Elites are likely to retain the privileges of education, health, parenting, and cultural upbringing that come from being raised in the upper middle class. They have, by and large, simply chosen to use that privilege to pursue their creative passions in more flexible careers.

Social Mobility Isn’t Only About Money

Social class is a notoriously difficult concept to capture: one reason why most of us resort to more reliable, objective categories such as income rank, or income quintiles. But the NPR graph is a reminder that the debates raging about mobility and inequality are not reducible to dollars in the bank, important though that is. Social mobility might not be only about having more money than your parents; it might be about having a freer, broader, and better life.