We are seeing a growing class divide in America in family formation. Those with less education and less income are much more likely to have a child out of wedlock. 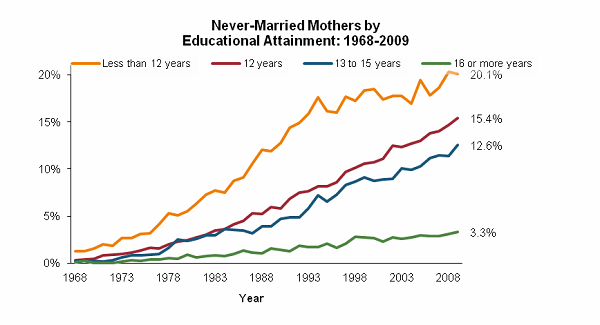 Children born into continuously married family have much better economic mobility than those in single parent families. To be sure, not all of the effects of marriage on mobility are causal but some of them are. 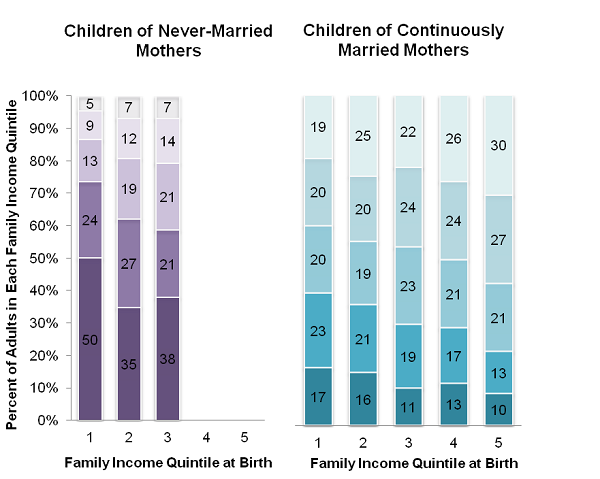 Can government policy close this class divide by bringing back marriage?

Many policy makers and social pundits have called for policies to “bring back marriage.” But program evaluations show that the policies tried in the past, such as Building Strong Families, have not been particularly successful. The government should focus not on marriage, but on helping people delay childbearing until they are ready to be parents.

A key element of the class divide in family formation is the amount of planning that goes into family formation. Many people are having children before they are ready and before they want to have children. For unmarried women under 30, 70% of pregnancies are unintended. And unintended pregnancy is most common among those with the least advantage. 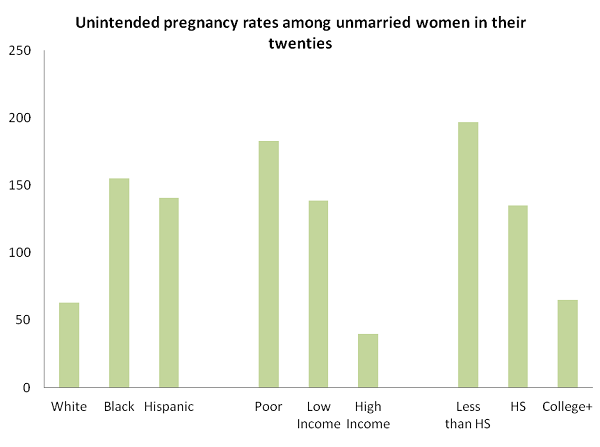 What can be done to reduce unintended pregnancies?

We need government policies that will help people bring their behavior in line with their intentions. With that in mind, I propose three policies which will help people have children when they want to rather than before they are ready.