Among the United Nations’ top diplomats, Christiana Figueres may not be one of the tallest, but she is about to leave a very large pair of shoes to fill as executive secretary of the UN Framework Convention on Climate Change (UNFCCC). In her six years in charge, Figueres has taken the role to new levels, given her insatiable enthusiasm and energy for making the case for climate action and willingness to speak out publicly about the need for greater commitment.

Her successor, Patricia Espinosa—whose appointment became formal Wednesday—is former Mexican secretary of foreign affairs and currently her country’s ambassador to Germany. With that experience, Espinosa is well prepared to take up the job. 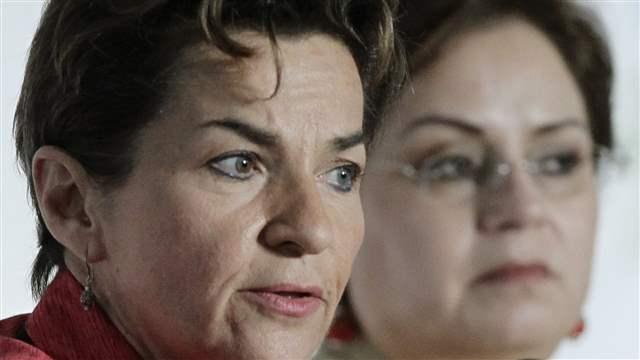 Espinosa’s experience as a former minister and president of the 2010 Cancun negotiations distinguishes her as a strong player to help manage the often slow and acrimonious UN climate talks. By taking the post she is embracing a daunting travel and public relations schedule to make the case for the necessary rapid shift by humanity toward a low-emission and resilient global economy.

Earlier this month, Ambassador Espinosa was nominated by UN Secretary-General Ban Ki-moon to become the new executive secretary of the UNFCCC for a term of three years. The position has been upgraded to the level of under-secretary general. The confirmation of her appointment was confirmed by the UNFCCC Bureau yesterday and she is now expected to start this July.

Countries traditionally drive the UNFCCC process. The executive secretary’s role is therefore seen as a neutral facilitator. Behind the scenes, the UNFCCC secretariat also plays an invaluable role managing the negotiations in conjunction with the president of the Conference of the Parties (COP), the co-chairs of the various negotiation track and countries.

Espinosa’s experience as a former minister and president of the 2010 Cancun negotiations distinguishes her as a strong player to help manage the often slow and acrimonious UN climate talks.

Espinosa’s nomination has been widely applauded. As president of the 2010 negotiations held in Cancun, she successfully steered the UN climate talks toward a positive outcome following the derailing of the talks in Copenhagen in 2009.

Guy Edwards is Research Fellow and a Co-Director of the Climate and Development Lab at Brown University. He is also an associate at the sustainability strategy group, Nivela.

Her leadership was remarkable for adeptly managing the complex and delicate negotiations. Espinosa’s approach epitomized the importance of building trust among all countries and emphasizing an open and transparent process. Nearly all countries praised Mexico’s diplomatic team for consistently providing space for dialogue.

In the final moments of COP16, Espinosa courted controversy when she gaveled through the Cancun Agreements despite Bolivia’s objections. She famously said that “Consensus does not mean that one country has the right of veto …” As she brought the gavel down the plenary erupted in applause.

As a member of the OECD (a club of the rich countries), Mexico is not part of the G77 + China group of developing countries. Yet in many areas of the negotiations Mexico identifies and aligns with other developing countries. So in this way, Espinosa’s nomination charts a new middle-ground of countries somewhere in the nether world between the global North and South.

Last month, 177 countries signed the Paris Agreement at a UN event in New York. The agreement could enter into force this year or next. Ambassador Espinosa will therefore take over the UNFCCC as the global response enters a critical new phrase of attempting to implement the Paris Agreement. A drumbeat of scientific findings and climate-related disasters suggest the urgency for massive and coordinated global action.

As a former minister and a top diplomat, Espinosa knows the realities of messy compromises and political expediency. The UNFCCC top job may have just gotten harder, but its new boss appears tough enough to meet the challenge.

Espinosa’s arrival coincides with a tough period for global climate change governance. Securing the Paris Agreement was a major achievement, but now we need to sustain and accelerate this fragile progress. Espinosa’s biggest task will be encouraging the ratification of the Paris Agreement and its early entry into force, and ironing out remaining details in the accompanying decision documents to implement the agreement.

Following up from Paris, negotiators are in Bonn, Germany this week and the next UNFCCC chief has a number of top priorities and challenges. Among them are bringing international goals from Paris and to encourage countries to meet their Paris pledges and even scale up their ambition.

Although the position is neutral and not related to her national government, Mexico will likely come under greater scrutiny. Mexico aims to ratify the agreement this year, which would be a great signal and boost for Espinosa’s effort to bring along other nations.

Mexican NGOs, emboldened to have one of their own as UNFCCC chief,  will try to leverage greater commitment at home. Mexico’s national climate plan is currently considered out of sync with the temperature goals of the Paris Agreement that NGOs will focus on. Ambassador Espinosa’s appointment may be able to indirectly galvanize greater interest in the low-carbon transition in Mexico, a country that remains heavily dependent on fossil fuels.

The role of non-state actors in implementing the Paris Agreement—especially indigenous peoples, NGOs, cities, and the private sector—will be essential. Non-state actors will pay close attention to whether Espinosa will commit to continue making the UN climate negotiations more inclusive and participatory. 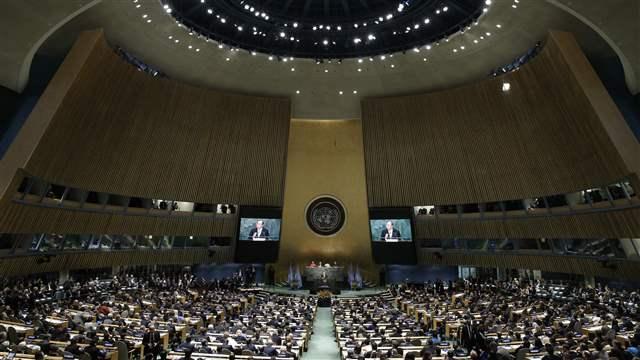 Espinosa will be tasked with ensuring the agreement operates smoothly and increases ambition as the years progress, and ensuring pledges by wealthy nations to help fund mitigation and adaptation actions in developing countries are met. She will need to help build the critical review system on whether countries are meeting these pledges. And she will be dealing with some tough customers—countries with lingering concerns about the whole Paris approach and national industries and companies that push back against a low-carbon transition.

Latin Americans are thrilled to have another of their own in the driver’s seat. Christiana Figueres has undoubtedly set a very high bar. But the reality for the Paris Agreement is now different, with the shift toward ratification and implementation. As a former minister and a top diplomat, Espinosa knows the realities of messy compromises and political expediency. The UNFCCC top job may have just gotten harder, but its new boss appears tough enough to meet the challenge.