Last week, during Xi Jingping’s visit to Washington D.C., President’s Obama and Xi issued a joint statement on climate change. This follows the announcement by both presidents during Obama’s visit to Beijing in November 2014 that the U.S. would cut its emissions 26-28 percent below 2005 levels by 2025 and that China would peak it carbon pollution by 2030. China and the U.S. are respectively the world’s number one and two largest emitters of greenhouse gas emissions, as well as the world’s two largest economies, so action by both countries on climate change will set the level of ambition for other countries—both in terms of the climate change action they should take domestically and at the upcoming United Nations climate change conference in Paris in December. 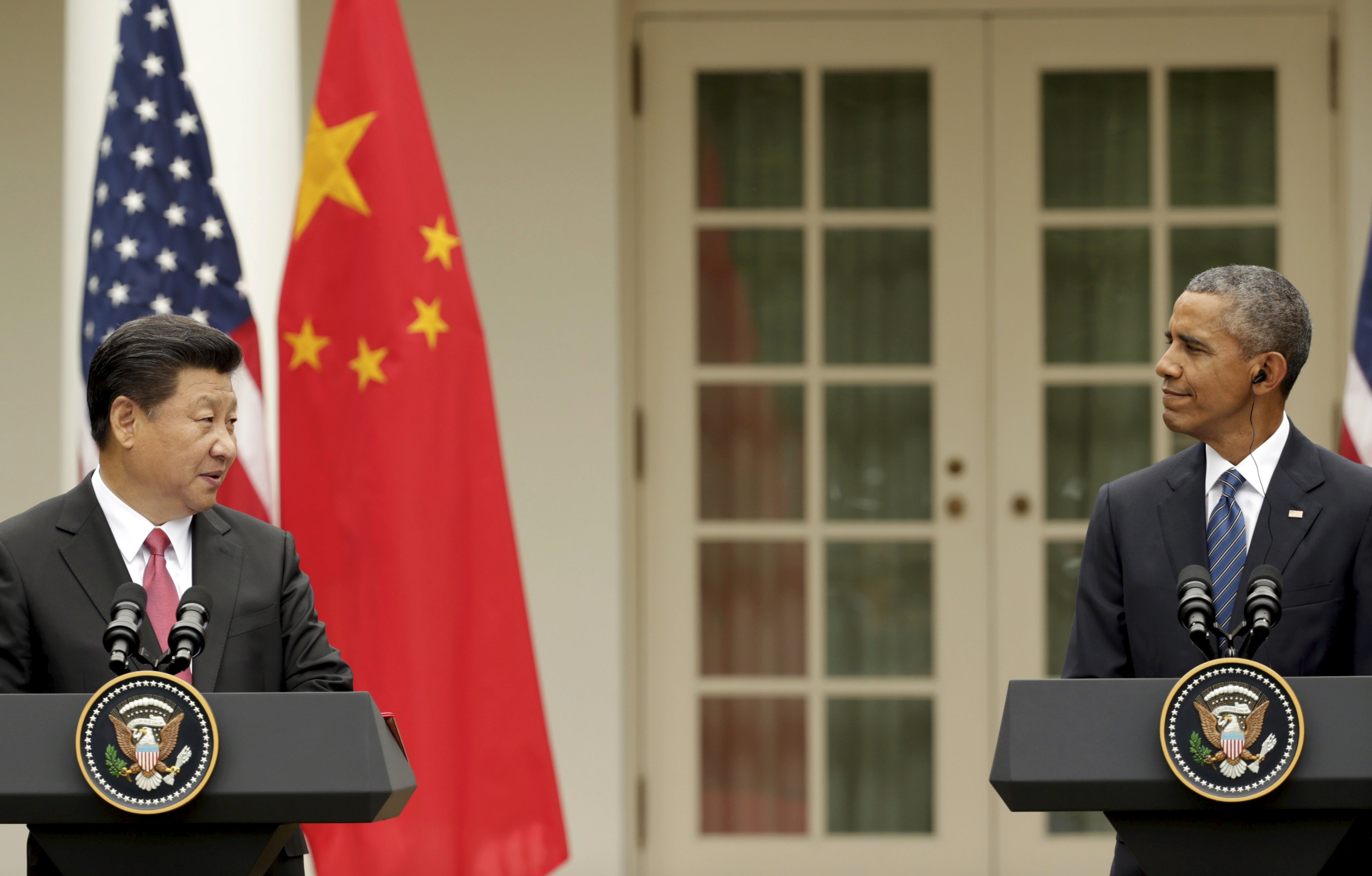 This Obama-Xi joint statement builds on their previous bilateral statement and includes a number of important new areas of action. This includes new fuel efficient standards for heavy-duty vehicles, developing energy efficiency standards for building and cities and further joint work to reduce emissions from methane and HFCs.

In this piece, I focus on a couple of the most significant announcements in terms of the impact on China’s emissions and the UN Paris meeting, namely: China’s announcement that it would launch a national emissions trading system by 2017; China’s decision to “green power dispatch” its energy sources; and the articulation by the U.S. and China of a common vision for the Paris UN climate change conference.

Probably the most noticeable element of the Obama-Xi joint statement was China’s announcement that it would implement an emissions trading system in 2017. This announcement is the culmination of experience gained from pilot emissions trading schemes in seven Chinese cities over the last couple of years. The decision by China to introduce a national cap-and-trade system stands in increasingly stark contrast to the absence in the U.S. at the federal level of a national program (or even a serious political debate) on pricing carbon.

That said, how China’s mitigation efforts stack up still needs to be determined. Currently, there is a commitment by China to peak its greenhouse gas emissions by 2030, but the level at which China’s emissions will peak has yet to be announced. Knowing what level China plans to cap emissions for those sectors under its proposed emissions trading system will help clarify this.

China also announced that it would promote “green power dispatch” to prioritize renewable power and higher efficiency fossil fuel power generation (i.e. supercritical systems). This could potentially have a significant impact on China’s greenhouse gas emissions by more fully utilizing China’s renewable energy capacity. However, the decision to include fossil fuel generation (even the higher efficiency/lower emission type) could limit the emissions gain depending on how much additional renewable capacity versus coal is utilized in practice. A better (and more ambitious) approach would have been for China to commit to green dispatch non-fossil fuel energy. This would have prioritized power from China’s growing nuclear energy sector and underpinned its commitment to increase non-fossil fuel sources of energy to 15 percent by 2020 and around 20 percent by 2030.

The decision by China to introduce a national cap-and-trade system stands in increasingly stark contrast to the absence in the U.S. at the federal level of a national program (or even a serious political debate) on pricing carbon.

Another key announcement was that China would commit $3.1 billion in climate finance for developing countries. While the finance is not being delivered through UN bodies such as the newly established Green Climate Fund (which is to provide financing from developed to developing countries), this announcement does signal that China is prepared to play a leadership role in helping the developing world mitigate and adapt to climate change. In this regard it is also a step towards achieving the U.S. goal of overcoming the Kyoto Protocol Annex 1/non-Annex 1 divide that has contributed so much to the intractable nature of the UN climate negotiations to date.

The U.S. reaffirmed its pledge of $3 billion to the Green Climate Fund. This commitment now looks positively inadequate in light of China’s equivalent level of financial support. In the lead-up to Paris, leadership by the U.S. on climate finance is going to be necessary if the developed world is going to develop a feasible pathway to achieving the goal of mobilizing $100 billion per annum by 2020.

The Paris Climate Change Conference and beyond

This new round of U.S.-China climate change actions have been well-timed to further set the stage for a successful outcome from the UN climate change conference in Paris in December. In addition to stressing the importance of an ambitious and successful outcome, Obama and XI agreed on the need for a climate change agreement that leads to greater ambition over time. This is significant as the current announced climate change mitigation commitments for Paris (the so-called intended nationally determined contributions, INDCs) are not enough to keep the world on a pathway to reaching the goal of keeping warming below two degrees above pre-industrial levels. The Obama-Xi call for an agreement that ramps-up ambition over time recognizes that Paris will be a floor in terms of mitigation commitments and that it is necessary for the agreement to include a mechanism for countries to increase their mitigation commitments over time.

In the lead-up to Paris, leadership by the U.S. on climate finance is going to be necessary if the developed world is going to develop a feasible pathway to achieving the goal of mobilizing $100 billion per annum by 2020.

Obama and Xi also emphasized the need for a low-carbon transformation of the global economy. This is clearly important and should be understood in the context of the need to build around $90 trillion in infrastructure over the next 15 years. Given that approximately 50 percent of greenhouse gas emissions come from infrastructure, failure to build low carbon infrastructure will lock the world into a high carbon pathway that will miss the two degree target. By providing a framework for more ambitious mitigation commitments and financing to support such action (and to adapt to climate change), Obama and Xi correctly see the Paris climate change agreement as having the potential to be a platform that can support such a low-carbon transition.