In my new book, “The Future of Land Warfare” (Brookings Institution Press, 2015), I attempt to debunk the new conventional wisdom (which began with the Obama administration but also permeates thinking beyond): Messy ground operations can be relegated to the dustbin of history. That is a paraphrase and dramatization, to be sure—but only a modest one, since the administration’s 2012 and 2014 defense plans both state that the U.S. Army will no longer size its main combat forces with large-scale counterinsurgency and stabilization missions in mind.

This is, I believe, a major conceptual mistake, even if not yet one that has decimated the Army. But it will cause increasing harm with time if we buy into the idea. The active-duty Army is already below its Clinton-era size and only slightly more than half its Reagan-era size. Reductions to the Army Reserve and Army National Guard have been almost as steep. None need grow at this juncture, but the cuts should stop. 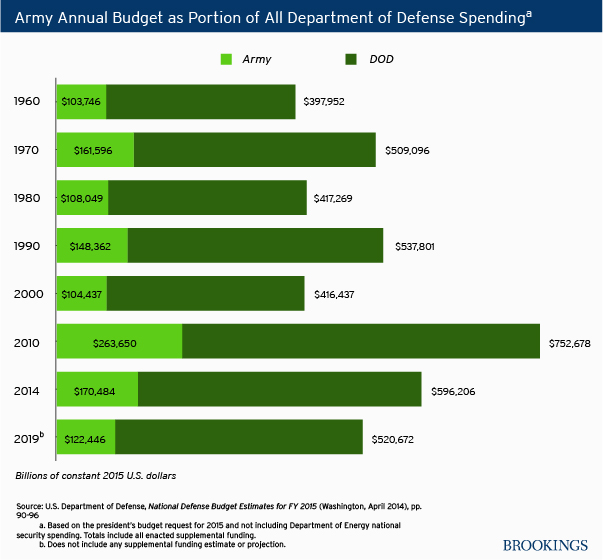 I recognize that we need to maintain counterinsurgency and stabilization capacity, as well as a robust deterrent against possible threats to NATO by Russian President Vladimir Putin and to South Korea by North Korean Supreme Leader Kim Jong Un, among other concerns.

But we also need to think about nontraditional scenarios. While unlikely—and unpalatable—on an individual basis, they may be hard to avoid. To paraphrase the old Bolshevik saying: We may not have an interest in ugly stabilization missions, but they may have an interest in us. In some cases, the needed response may entail not just trainers and drones, but brigades and divisions.

The scenario that I’ll focus on here—though I develop more in the book— concerns India and Pakistan and how the two countries might come to the threshold of all-out nuclear war. It is, I fear, all too plausible—and there are ways it could unfold that could make American ground forces nearly unavoidable. A nuclear confrontation would be devastating in South Asia, enormously disruptive to the world economy, and highly dangerous to the whole planet (particularly with the prospect of loose nukes afterwards).

An Indo-Pakistani war remains a real possibility today. There have already been three or four, depending on whether one counts the Kargil crisis of 1999, and it is remarkable that there have not been more. If the nuclear weapons threshold were crossed in the future, a foreign military role could become much more plausible, particularly to reinforce a ceasefire. To date, Delhi in particular has eschewed any foreign role in diplomacy over Kashmir or related matters. But in the aftermath of the near or actual use of nuclear weapons, calculations could change dramatically—such a world could be characterized by a far different political psychology than today’s. 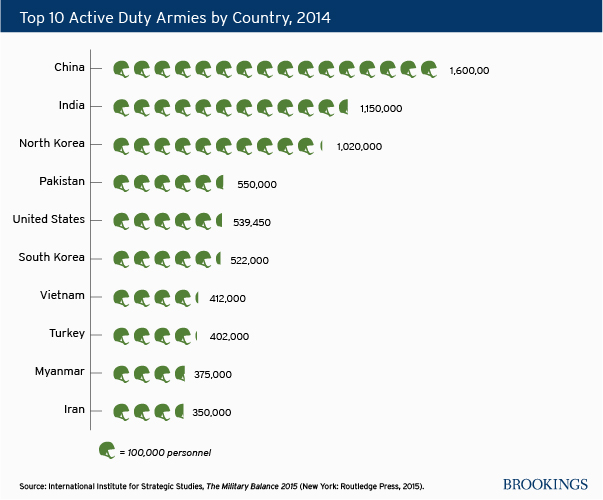 The path to war could begin, perhaps, with a more extremist leader coming to power in Pakistan. Imagine the dangers associated with a country of 200 million with the world’s fastest-growing nuclear arsenal, hatred of India and America, numerous extremist groups, and claims on land currently controlled by India. Such an extremist state could take South Asia to the brink of nuclear war by provoking conflict with India, perhaps through another Mumbai-like attack.

Why could nuclear weapons be employed, even after 70 years of non-use globally? Even if it was the provocateur, Pakistan could come to fear for its own survival in this type of scenario. Having aided a group like Lashkar-e-Taiba, with its extremist anti-Indian views, Pakistan would have given India ample grounds for retaliation. Even a limited Indian conventional counterattack, perhaps influenced by its so-called Cold Start military thinking, could quickly put Islamabad, Lahore, and other Pakistani cities at risk.

In such a situation, Pakistan might well see military logic in the use of several nuclear weapons against Indian troops, facilities, or other tactical targets. It is not even out of the question that Pakistan could conduct some attacks over its own territory. If the weapons were detonated a kilometer or so up in the air, the effects of the explosions could be catastrophic to people and military equipment below, without creating much fallout due to dirt and rock upheaval that would later descend on populated areas downwind.

Beyond their immediate military effects, such attacks would signal Islamabad’s willingness to escalate. Despite the huge risks, there would be few better ways of making a threat to attack Delhi credible than to cross the nuclear threshold in tactical attacks. Presumably, Pakistanis would have to assume the possibility of Indian attacks against Pakistani armed forces. But that might be a risk the country’s leadership would be willing to accept, if the alternative seemed to be defeat and forced surrender after a conventional battle.

It’s not clear whether Indians would interpret such a finely graduated nuclear attack as a demonstration of restraint, particularly if any of the Pakistani attacks went off course and caused more damage than intended. Thus, the danger of inadvertent escalation in this kind of scenario could be quite real. It might not even take nuclear attacks by Pakistan to cause nuclear dangers. 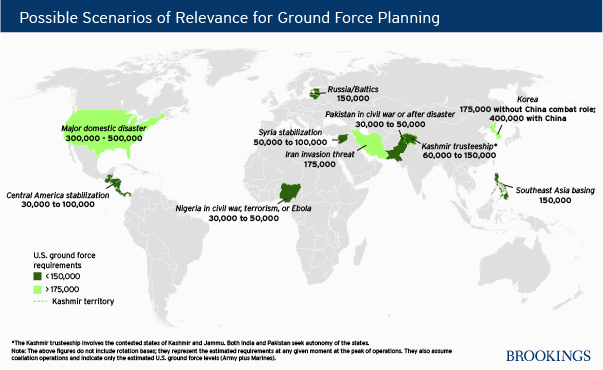 If such an Indo-Pakistani war with nuclear implications began and international negotiators became involved, it’s imaginable that an international force could be proposed to help stabilize the situation for a number of years. Kashmir might be administrated under a U.N. mandate and protected by a U.N.-legitimated force, with an election eventually determining the region’s future political status. The fact that nuclear conflict might have occurred by this point would have raised the stakes enormously for both sides, making it hard for any leader to accept a simple ceasefire absent a credible political process. The mission could last a decade or more, time enough to allow for a calming of tensions, for political transitions in both countries, and for Pakistan to clamp down on terrorist groups.

India in particular would be adamantly against this idea today. But things could change fundamentally if such a settlement, and such a force, seemed the only way to reverse the momentum toward all-out nuclear war in South Asia. American forces would likely need to play a key role, as others might not have the capacity or the political confidence to handle the mission. By my estimates, an international force numbering into the low hundreds of thousands of troops could be needed for a period.

Is such a scenario likely? Hardly. Is it crazy or implausible? I don’t think so. Could we really sit it out if it happened? I fear not. Can we design the future American Army without factoring in such possibilities? In fact, it would be a big mistake. As we consider questions from the imminence of possible sequestration this fall on the proper size, character, and cost of the U.S. military under our next president, such considerations must factor clearly in our minds. 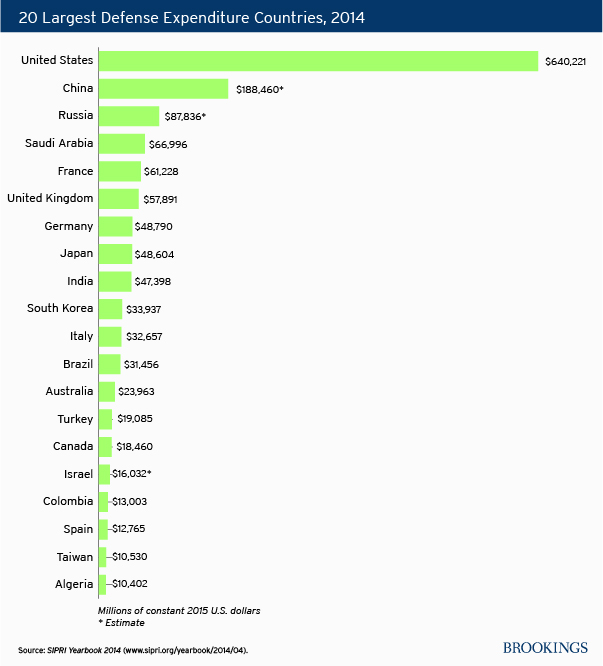