Hamzah bin Laden issued a new video message this week, only his second ever, calling for all Muslims to support the Palestinian intifada. The 17-minute message coincided with a longer message from al-Qaida leader Ayman al-Zawahiri urging support for the Syrian branch of al-Qaida, the Nusra Front.

Hamzah’s message says recovering Jerusalem and the al Aqsa mosque is the most important responsibility of every Muslim. He quotes his father Osama bin Laden, stressing that fighting Israel is the fundamental basis of al-Qaida’s ideology and narrative. The video shows images of Palestinians clashing with Israeli soldiers. In the message, Hamzah says: “knives are our weapon; you should have no trouble finding your own knives.” 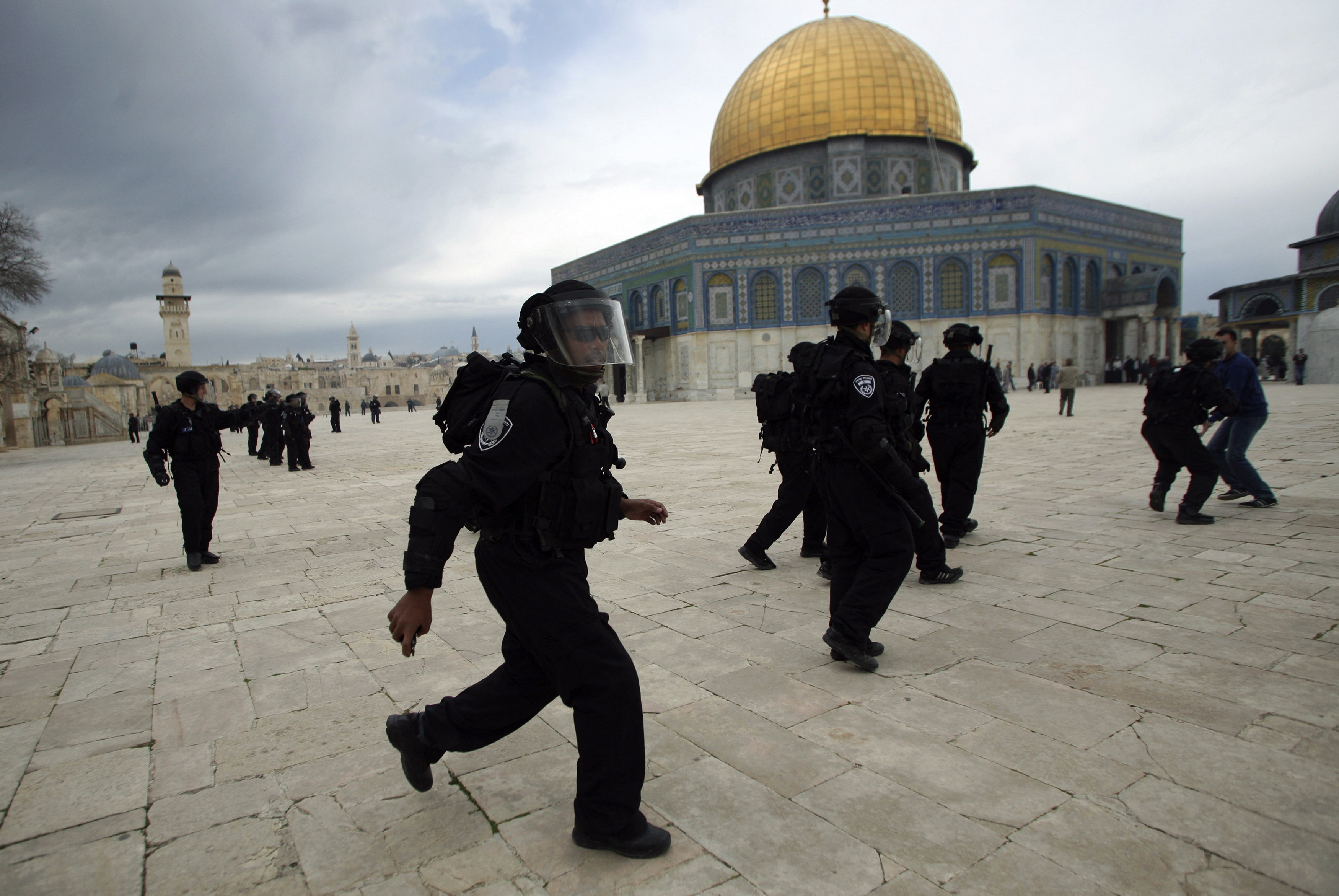 Israeli border police run in front of Dome of the Rock during a protest after Friday prayers at a compound known to Muslims as al-Haram al-Sharif and to Jews as Temple Mount, in Jerusalem’s Old City February 22, 2013. Photo credit: Reuters/ Muammar Awad.

Hamzah also urges all Muslims to kill Jews and “their interests worldwide.” The United States should be attacked, he says, for providing Israel with $3 billion a year in assistance—which Hamzah predicts will rise to $5 billion a year soon. He says American-Israeli “security collaboration is at its highest level” and Americans “have to pay their bill with blood.” Every Muslim “has to personally take part in defending the al Aqsa mosque by waging jihad to avenge our pure sisters who were killed in cold blood” by Israel.

Both Hamzah and Zawahiri laud the Syrian revolution for bringing al-Qaida to the border of Israel. The two messages were released by al-Qaida’s media arm, al Sahab, a day apart. Their release ends a seven-month silence by both—they had not released any messages since last summer. Zawahiri has already released a second message lauding the late leader of the Afghan Taliban Mullah Omar and castigating the self-proclaimed caliph of the Islamic State Abu Bakr al Baghdadi.

Hamzah’s message may be an indication that he is being groomed to be Zawahiri’s successor. The 25 year-old favorite son of bin Laden is a charismatic face for the organization, which has been eclipsed in the global media by the Islamic State. By associating himself with Palestinian attacks in Jerusalem, Hamzah is trying to appeal to the widespread support in the jihadist movement for them.