Editors’ Note: Western security officials have repeatedly warned that the Syria and Iraq conflicts are generating terrorists, Dan Byman writes, singling out foreign fighters as a particular problem. What does it mean if the Paris attacks turn out to have been perpetrated by ISIS-affiliated fighters? This post originally appeared on Monkey Cage.

If the perpetrators of the Paris attacks turn out to be Islamic State fighters returning from the war in Iraq and Syria, then Western security officials won’t be surprised. European and U.S. officials have repeatedly warned that the Syria and Iraq conflicts are generating terrorists, and they have singled out foreign fighters as a particular problem.

The numbers seem to be on their side: U.S. counterterrorism officials reported in February that more than 20,000 foreign fighters have joined the fray in Syria to fight with the rebels, with most going to help the Islamic State. Of these, 150 or so are from the United States and over 3,000 are from the West. 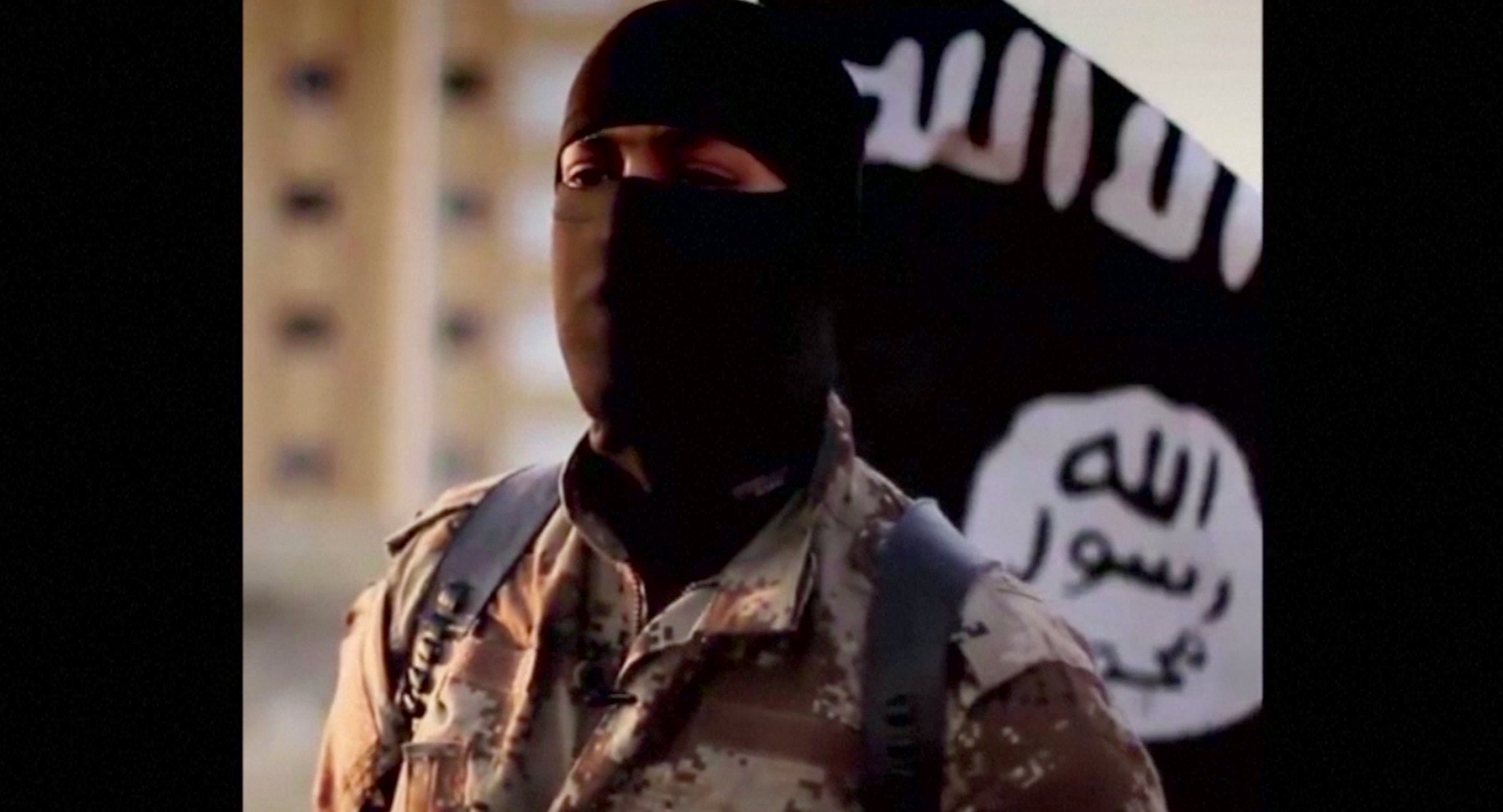 A masked man speaking in what is believed to be a North American accent in a video that Islamic State militants released in September 2014. Credit: Reuters.

According to British scholar Peter Neumann, the Syria conflict has generated more foreign fighters than Afghanistan, post-2003 Iraq, Somalia, Mali and other fields of jihad combined.

In their warnings, policymakers, officials and pundits are usually recalling the Al Qaeda experience in Afghanistan. According to this model, a young Muslim goes abroad to fight, often motivated by a straightforward goal, such as fighting a foreign occupier like the Soviet Union. War transforms him (and it usually is a him).

First, he is trained and tested, becoming far more lethal. Second, he networks, getting to know fighters from around the world enabling him to conduct more elaborate operations. Third, and perhaps most important, he is indoctrinated — instead of just focusing on one hated foreign occupier, he now sees a broader struggle involving governments in the Muslim world and in the West, a global agenda. This lethal and politicized fighter then returns home where he plots and carries out attacks while indoctrinating others, perpetuating the cycle.

Mohammad Atta, the leader of the 9/11 attackers, exemplified this pattern. Enraged by Russian atrocities in Chechnya, he originally sought to travel there. However, he ended up in Afghanistan, where he came to al-Qaeda’s attention. They diverted the would-be fighter, trained him, provided him with accomplices and sent him to America to conduct the deadliest terrorist act in history.

But how ubiquitous is this model among foreign fighters?

In research I’ve done—often with my colleague Jeremy Shapiro—I found the foreign fighter threat to be real but often exaggerated, particularly for Europe and the United States (though in the Arab world the risk remains great and if anything understated).

Jihads as diverse as Somalia, Mali and Chechnya did not produce an Afghanistan-like spate of terrorist attacks in the West, despite numerous warnings to the contrary. Post-2003 Iraq generated the most attention but, as analyst Teun van Dongen contended about Europe several years ago, “Plausible as this may have sounded, no successful terrorist attack has been carried out by a jihadist who gained experience by fighting in Iraq.” Since I, too, had thought these jihads would lead to dangerous fallout in the West, I began to investigate why I had been wrong.

In research I’ve done…I found the foreign fighter threat to be real but often exaggerated, particularly for Europe and the United States.

It is best to start with the work of Thomas Hegghammer, a leading scholar of this phenomenon, who found that roughly one in nine foreign fighters becomes involved with a terrorist group. In fact, because this finding was heavily based on the Afghanistan experience, which was in many ways an outlier, the true ratio may be far lower.

This figure can be either reassuring or frightening depending on the size of the conflict. In Somalia, where at most several hundred Westerners went to fight, the number seems manageable. In Syria, the number of anticipated terrorists is an order of magnitude greater.

However, the fact remains that most foreign fighters do not become terrorists.

Much of my work looks at factors that explain why the terrorism threat to the West from these potentially dangerous individuals was often limited. These factors include death in combat, the success of security services and locally focused scope of jihadist organizations.

In Afghanistan in the 1980s, perhaps 5 percent of foreign fighters died; in Chechnya, over 90 percent perished. Numbers for Syria are still rough, but my sense from interviews with European officials is that it is close to 20 percent. In addition, many fighters stay on as professional jihadis. Those who never come back for one reason or another obviously cannot commit attacks at home.

Among those foreign fighters who do return, we can still find some reassuring signs. For many, taking up arms to fight in a war zone where Muslims are under siege is far more honorable and legitimate than committing terrorism in the West.

And there are more personal concerns. Abdisalan Hussein Ali, a Somali-American from Minnesota who blew himself up in an attack on African Union troops in Mogadishu in October 2011, told a friend in Minneapolis a couple years before he left for Somalia that he would never attack the United States. “Why would I do that?” the friend recalled Ali saying. “My mom could be walking down the street.”

The role of security services is one of the biggest reasons the Afghan model doesn’t apply well. Before 9/11, few in the United States and the world in general focused on jihadist terrorism. After the attacks, attention grew exponentially.

Indeed, controversies over the Snowden NSA revelations, detention at Guantanamo and drone campaigns are usually about whether or not the United States has been too aggressive. We do get some bang for all the bucks spent. While there are more jihadis being generated in Iraq and Syria, there are also more people looking for them. The numerous arrests and investigations attest to the success of counterterrorism officials.

One of the biggest reasons that the threat of foreign fighters in the West often fails to materialize is also one that may be changing: the goals of the groups themselves.

Al-Qaeda was an unusual jihadist organization. In addition to hating local regimes, it also sought to fight America—what Bin Laden called “the head of the snake”— and the West in general. However, most jihadist groups, including most al-Qaeda affiliates, are far more locally and regionally focused though it was always best to think of this as a spectrum rather than as an “either/or” focus.

As the al-Qaeda core took blow after blow in recent years, the resulting terrorism threat to Europe and the United States seemed to decline.

This local and regional emphasis once seemed to hold true for the Islamic State as well. In 2004, when it called itself al-Qaeda in Iraq, the group focused on the Iraqi government and later carved out a position for itself in Syria. Although it organized attacks in Lebanon, Turkey and Saudi Arabia, this was part of its sectarian agenda to expand its base. Its propaganda organs—like its English language magazine,”Dabiq“—called for foreign fighters to join the caravan.

However, it incited them to come to the caliphate and fight for it much more than it sought for them to carry out attacks back home. It did regularly issue bloodcurdling rhetoric about attacks in the West, but most if its efforts involved calling on “Lone Wolves” to strike—a real concern, but Lone Wolves are usually not able to plan and carry out sophisticated plots like what we saw in Paris.

The latest attacks, particularly those in Egypt’s Sinai Peninsula and Paris, that initial reporting indicates are linked to the Islamic State, suggest its local focus is changing. By striking outside its immediate theater of operations, the core group – not just Lone Wolf wannabes – now appears more engaged in a truly global struggle. If some of the initial reports are true, the Islamic State is deploying fighters and refocusing on the West.

One event does not always indicate a new trend is emerging, but one key factor helping keep us safe – the primarily local focus of the world’s most dangerous terrorist group – may be shifting.

This does not inherently spell disaster. Security services are now even more vigilant, and Iraq and Syria will still consume much of the Islamic State’s energies. But when trying to anticipate the danger, it is helpful to understand off ramps as well as entry points on the road to terrorism. Groups are dynamic, and threats will continue to change over time.