Editors’ note: In a new Brookings Essay, Will McCants profiled Abu Bakr al-Baghdadi, the leader of the Islamic State. The essay follows Baghdadi’s rise from an introverted soccer player and religious scholar to the leader of ISIS, a group so brutal that even al-Qaida deemed them too extreme. While McCants’s groundbreaking essay was well-received by many, the following post highlights some readers who were not so pleased with his account. We encourage readers to share their own reactions to the piece on Twitter using #BrookingsEssay.

Will McCants: Fans of the Islamic State didn’t take kindly to my portrayal of its leader, Abu Bakr al-Baghdadi, as a murderous control freak. Shocker. It can’t possibly be true that he’s a massive jerk, so it must be my fault. I either:

1. Don’t know Arabic and don’t want to sit down and chat with the man (I do and no thanks): 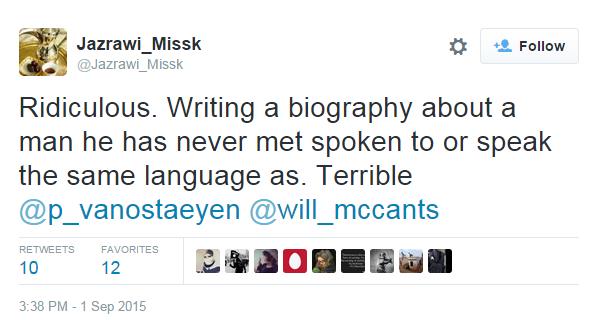 2. Am Western-centric and condescending (most of my sources are in Arabic, and the rest are written by journalists who interviewed Arabs) 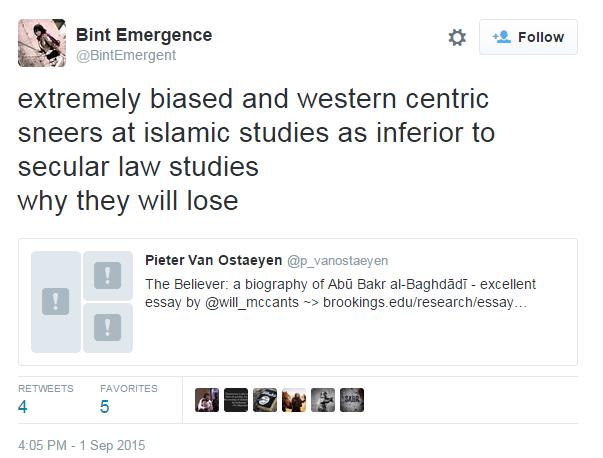 3. Part of the Western propaganda machine (that lets Arabs who knew Baghdadi tell their own stories)

4. A clueless orientalist who should keep his nose out of the region (“Orientalist”—as in grad school, so on Twitter: a sure sign that productive, honest debate shall not follow) 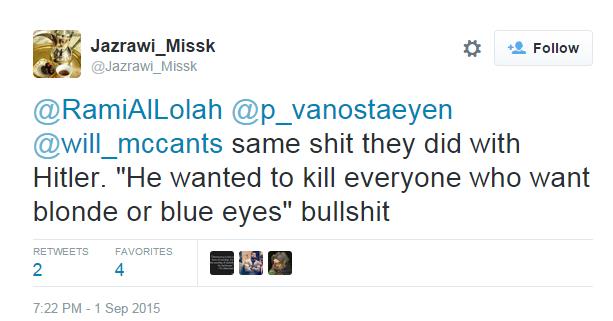 At least the article helped an ISIS fanboy and an ISIS hater find common ground ever so briefly: