In June, the unemployment rate dropped by 20 basis points to reach 5.3 percent. The model had been anticipating this strong decline in unemployment for a few months now, and this drop comports with the model in its reading of recent unemployment dynamics. Consequently, the contour of the forecast remains unchanged, and the model expects unemployment to decline steadily over the coming months. The model predicts a jobless rate of 5.2 percent for July, reaching 4.5 percent by the end of the year. 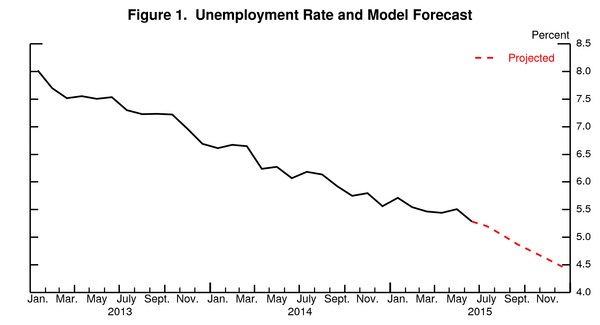 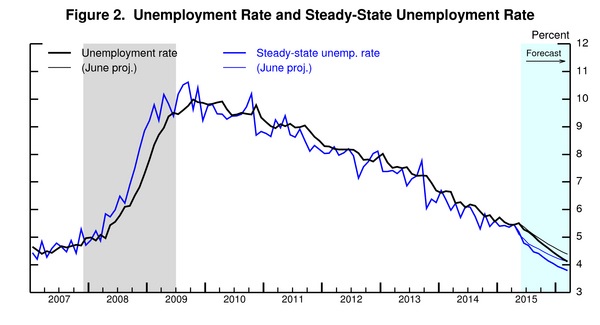 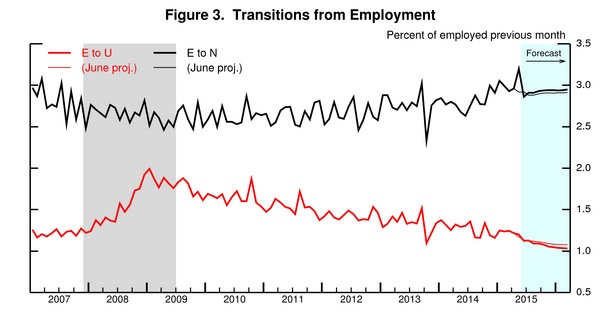 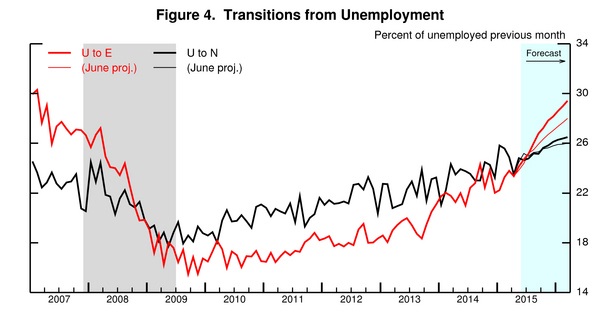