In April, the unemployment rate dropped by 10 basis points to 5.4%, while the model was anticipating a larger (25 basis points) decline. The miss was in worker’s job finding rate (hiring): the model was expecting a very strong rebound in hiring that only partially materialized (figure 4). However, the outlook remains very positive, and the model continues to predict that a large drop in unemployment is imminent; expecting a 20 basis points drop for May and a jobless rate of 5.2 percent. Going forward, the contour of the forecast is broadly unchanged with a steady decline in unemployment over the next 6 months. 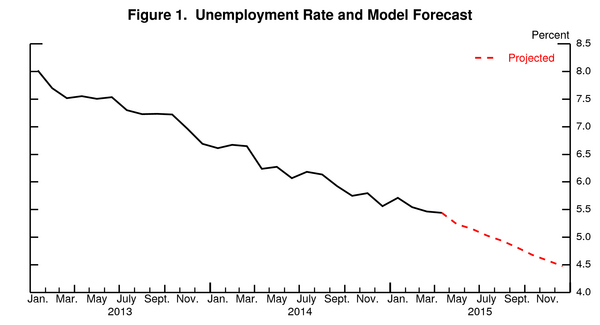 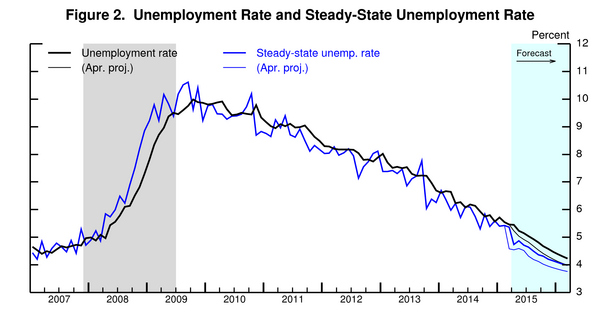 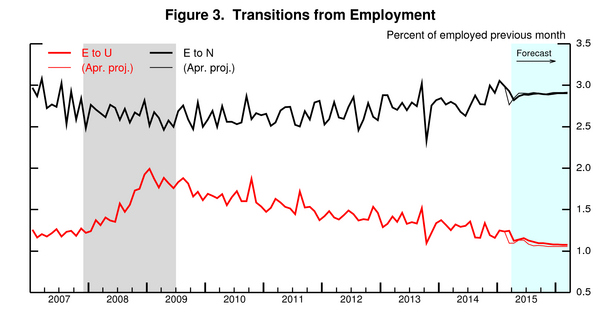 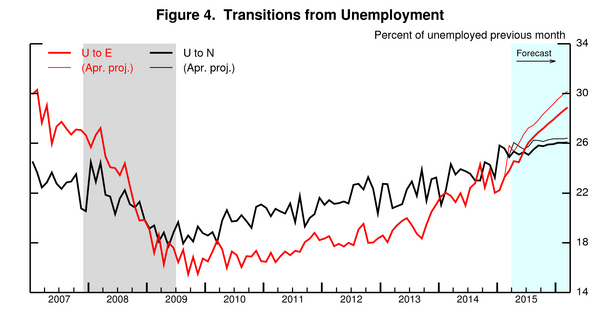