Paying taxes doesn’t come naturally. Many citizens do it, but a lot try to avoid it—especially in developing countries. Indeed, there is a strong correlation between prosperity and tax compliance. The richer countries that belong to the OECD collect about 33 percent of their GDP in taxes (or a bit less if you discount social security contributions), while low-income economies collect only 12 percent. 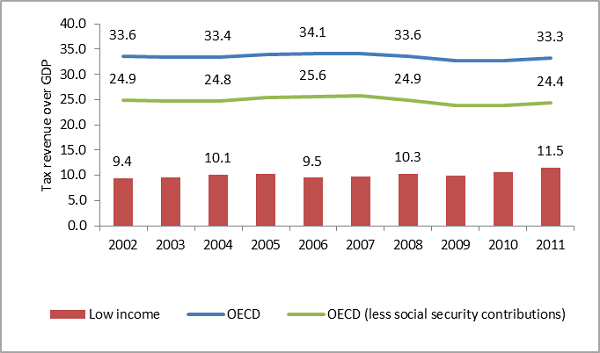 There is no well-defined optimal taxation level, but common sense suggests that tax revenues should at least finance a country’s needs in infrastructure, social services, and public goods. Unfortunately, the modest level of collection in many low-income countries is putting economic development at risk.

Take Tanzania, which is collecting about $6 billion (or 12 percent of its GDP) in revenues per year. This covers approximately half of the government’s expenses, but it is not enough—particularly when other sources of funding are declining (such as aid) or limited (borrowing and private sector finance).

Tanzania’s needs are projected to increase dramatically in the coming years, partly due to a rapidly growing population. To keep pace with its current expenses per student, Tanzania’s budget for secondary education will have to grow tenfold, from $51 million in 2011 to over $550 million in 2020, given that the number of secondary schools students is projected to increase by 30 percent every year during this period. Simultaneously, infrastructure expenses will need to be accelerated to address existing and future demands.

Thus it seems clear that low-income countries, including Tanzania, must collect more tax. The limited convergence of tax performance between poor and rich economies is rooted in three interrelated factors. A recent survey indicates that many citizens in Southern and Eastern Africa are reluctant to pay taxes because they see them as (1) unfair, (2) burdensome, and (3) non-transparent. 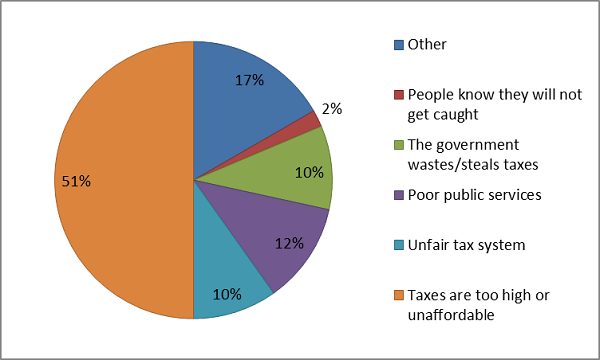 To meet these three challenges, bold and innovative action that goes beyond the traditional administrative measures is needed. Tax systems should adapt to the reality in low-income countries. This adaptation should go in three directions.

Implementing these actions ultimately relies on political commitment. While these actions will provide gains for countries as a whole, those gains may occur at the detriment of a few. Yet while the losers might be few, they may be powerful.

In any event, sooner rather than later, paying taxes, like “death,” is inevitable and necessary for any citizen who wants to help finance his or her country’s way out of poverty.