One of the great parts of being at Brookings has been the many champions of government reform in the US and around the world who have reached out to visit us here, meet me and my colleagues, and talk about how best to transform government and make it work better for people. The latest was MK Erel Margalit, who before joining the Israeli Knesset started a leading venture capital firm in Israel (and was the first Israeli to make the Forbes Midas list of top tech investors globally). My Brookings colleagues, including Elaine Kamarck, Bill Galston, Natan Sachs and John Hudak talked with MK Margalit about the lessons he learned in the private sector, and about his efforts to bring those lessons to his work in government.

Coming not long after our meeting with Czech Deputy Prime Minister and Finance Minister Andre Babis, who enjoyed similar success in business and has ambitious reform goals of his own informed by his business career, it was fascinating to talk about what does and does not translate to the government sector. MK Margalit’s focus includes supporting peace and economic development by developing enterprise zones in and around Israel that encourage economic partnerships between Jewish and Arab Israelis and their businesses, and that include Palestinians as well. It was an impressive melding of business and government methodologies. The meeting built on similar ones we have had with other innovators including CFPB Director Rich Cordray, former Mayor and Governor Martin O’Malley, and of course DPM Babis, all of whom have in common innovating to make government function more effectively. 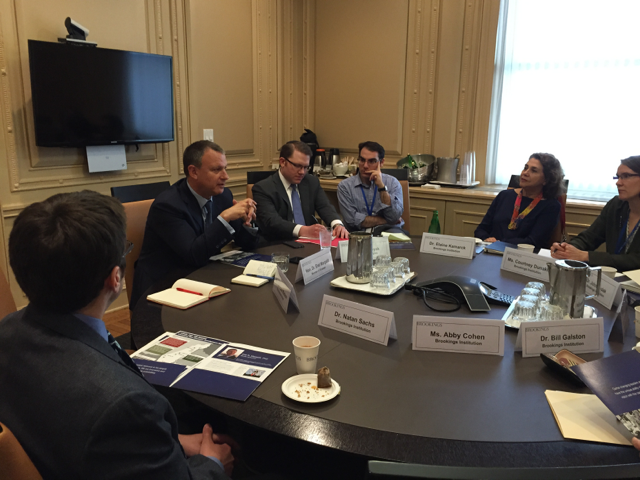