In the second year of The Brookings Essay, five authors explored topics ranging from the battle against climate change to the future of the eurozone. The Brookings Essay is intended to contribute to discussion and stimulate debate on important issues in a fully enhanced, long form format.

Back to the Future: Advanced Nuclear Energy and the Battle Against Climate Change
by Josh Freed, December 12, 2014 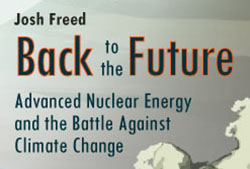 A flood of young engineers are developing safer and cleaner nuclear energy technologies as the best option for powering the world without carbon emissions. Third Way’s Josh Freed illuminates how nuclear energy is recovering from setbacks in the wake of accidents at Three Mile Island, Chernobyl, and Fukushima and may now be the best option in the battle against climate change. As Freed notes, if the U.S. doesn’t start reinvesting in advanced nuclear, it’s inevitable that another country will lead the way in this field. 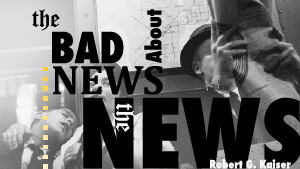 The digital revolution has forever changed American journalism, and not for the better. Robert Kaiser, former managing editor of The Washington Post, writes that the changing media landscape is not only a threat to traditional news, but to the future of democracy. A news industry without a viable business model, distracted by the need to attract eyeballs and discover new revenue streams, could lose the ability to provide the balanced, comprehensive, and investigative journalism that is the lifeblood of a healthy democracy. 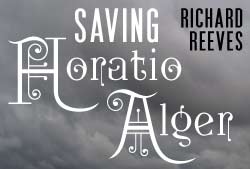 Americans celebrate the Horatio Alger ideal that all individuals can succeed by their own efforts on a level playing field. Yet today, social mobility rates are so low that America is at risk of becoming an ossified, class-based society. Richard Reeves shows why Alger is on the ropes and that the ideal of American egalitarianism is threatened by a variety of forces related to income, wealth, family structure and education. The answers, Reeves argues, do not lie in a European model of distribution but rather in reviving the promise of the American Dream.

Edward Snowden’s revelations about the massive scope of the National Security Agency’s monitoring of phone records and online communications created a firestorm of controversy. The extent to which the NSA had intruded into the privacy of Americans and some foreign officials in its effort to protect national security brought the tension between liberty and security to the forefront. Stuart Taylor, Jr. collects the divergent views of four prominent experts to help understand what happened and to frame the debate over the future of the NSA in the post-Snowden era. 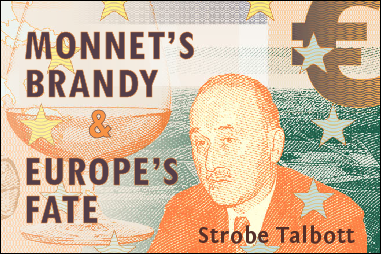 At a time when the eurozone faces internal and external crises, Strobe Talbott tells the story of the man credited with creating the European Union, Jean Monnet, a member of a French Cognac-making family. At the core of Monnet’s driving passion for European integration, Talbott explains, was his hope for national economies to mesh in a web over Europe more powerful than national hatreds that had brought the continent to war so many times.

• The Rhyme of History: Lessons of the Great War, by Margaret MacMillan
• New Players on the World Stage: Chinese Provinces and Indian States, by William Antholis
• Iran Surprises Itself and the World: A new president may take his country in a new direction, by Suzanne Maloney
• The Promise: The Families of Sandy Hook and the Long Road to Gun Safety, by Matt Bennett
• A Deadly Triangle: Afghanistan, Pakistan and India, by William Dalrymple

David Wessel and Sophia Campbell
Wednesday, May 18, 2022
How We Rise

@elonmusk and @twitter: The problem with social media is misaligned recommendation systems, not free speech

Justin Bullock and Anton Korinek
Wednesday, May 18, 2022
Get daily updates from Brookings