“There’s a saying that you don’t really need to worry about old age that much because it doesn’t last that long,” said Senior Fellow William Gale at the start of a recent event on the promise of longevity annuities. “We [the Retirement Security Project at Brookings] reject that saying.” The event—hosted by RSP, which Gale directs—featured the release and discussion of a new paper, “Better Financial Security in Retirement? Realizing the Promise of Longevity Annuities,” by Katharine Abraham and Ben Harris, in which the authors explain why longevity annuities should be a viable retirement option.

The problem addressed by the idea is that few Americans accurately predict their life spans and thus may outlive their retirement savings. 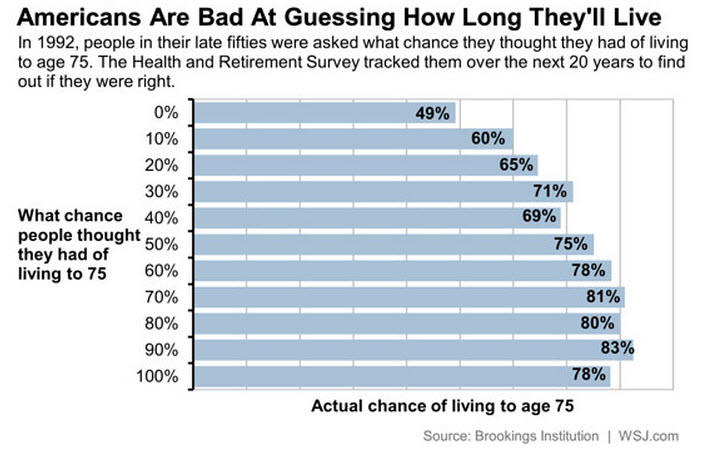 “The shift in the U.S. retirement system away from company pensions and towards individual retirement accounts has placed greater responsibility on workers for ensuring the adequacy of their saving and managing those savings, write Abraham and Harris. “Absent ready availability of or familiarity with suitable financial instruments, retirees increasingly are self-insuring against a variety of retirement risks, especially the risk of outliving their assets.”

Abraham, a professor at the University of Maryland and former member of the Council of Economic Advisers, and Harris, a Brookings fellow, suggest three steps to increase the use of deferred income annuities like longevity annuities: educate consumers, increase employer participation, and increase insurer participation.

The event featured two panel discussions, one on on the economics of longevity insurance and the other on barriers to developing a market for such annuities. Both Abraham and Harris participated in the event.

Gale, who holds the Arjay and Frances Fearing Miller Chair in Federal Economic Policy, summed up the issue this way in his opening remarks:

The key issue here is that if someone saves a lot of money—even if they save a lot of money—they have to figure out how to take the money out when they retire, and they face competing risks. If they take the money out too quickly, they risk outliving their resources (…. an economist’s or insurance company’s way of saying that people run the risk of living too long). If they take the money out too slowly then they risk having a lower standard of living while they’re alive, and of course that’s the economist’s way of saying you end up giving too much to your kids.

Get additional event materials, including Abraham’s presentation, on the event’s page.

See also Robert Pozen’s recent op-ed, “How to Not Outlive Your Retirement Savings.”

Visit the Retirement Security Project to learn more about its work on the issue.