“As an economic matter, the cost of inaction or delay is far greater than the cost of action” on climate change, said U.S. Treasury Secretary Jacob J. Lew in a forum hosted by The Hamilton Project yesterday. Secretary Lew was joined by former Treasury Secretary Robert E. Rubin, co-chair of the Council on Foreign Relations, and Michael Greenstone, The Milton Friedman Professor in Economics and Director of the Energy Policy Institute at the University of Chicago, to explore the economics of climate change, and the potential costs of inaction to reduce greenhouse gas emissions.

Watch the full video of the program, including the panel discussion, at hamiltonproject.org.

Costs associated with extreme weather events like rising sea levels, drought, heat waves, wildfires, floods, and severe storms demonstrate the scope of economic exposure. The Council of Economic Advisers estimates that if warming above pre-industrial levels increases to three degrees Celsius, instead of two, there could be a 1 percent decrease in global output annually. The economic cost of climate change is not limited to one sector of our economy. It threatens our agricultural productivity, our transportation infrastructure and power grids, and drives up the incidence of costly health care problems.

He added that some states face a potential loss of 50 to 70 percent of average annual crop yields; detailed the impact of climate change on infrastructure; noted the increasing health care costs associated with climate change; and discussed the fiscal impact on the nation. “When the federal government has to step in and do things like provide disaster relief, crop insurance, protection from wildfires, healthcare—taxpayers pay the cost,” he said. 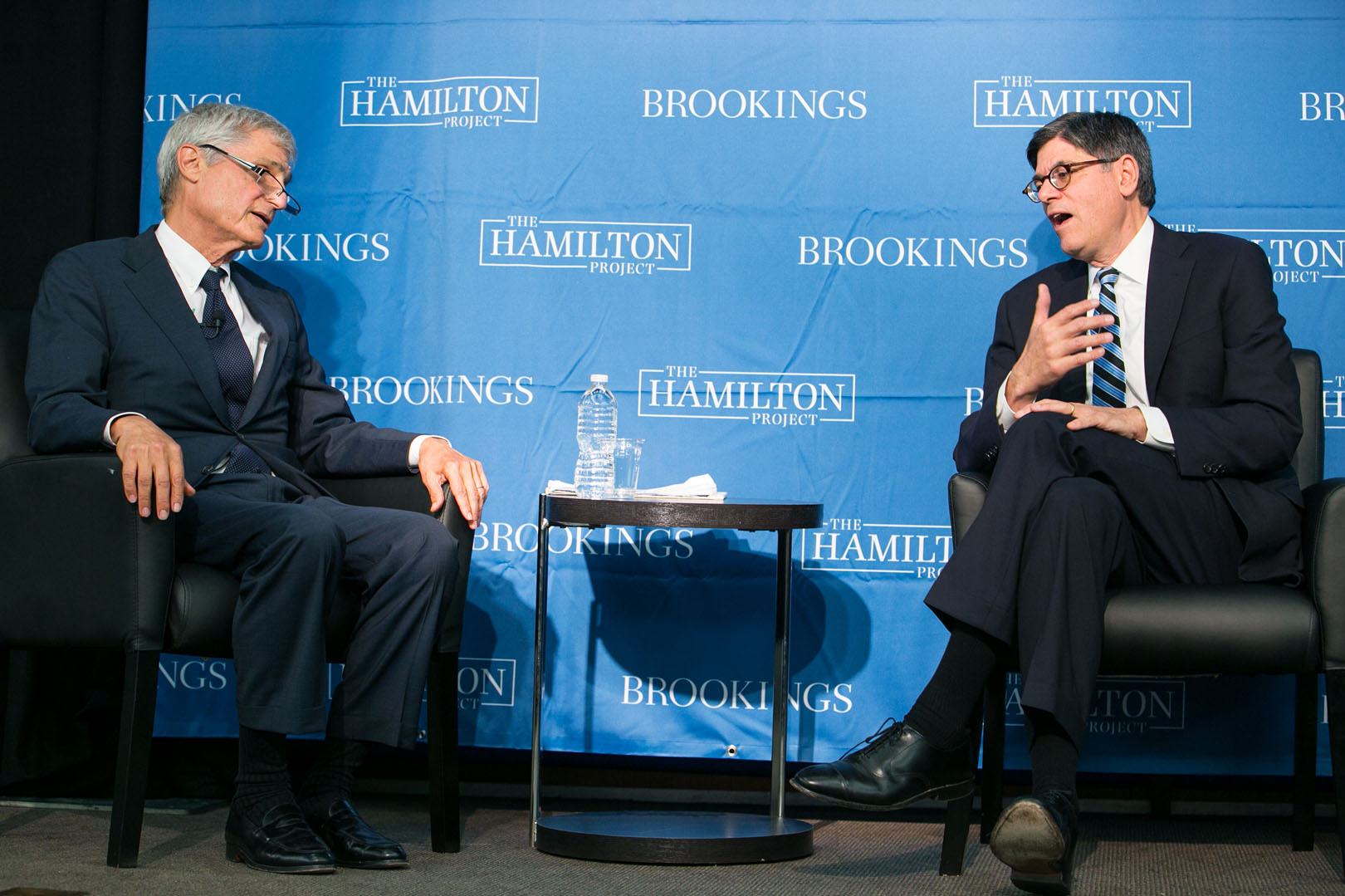 “Global action is imperative,” Secretary Lew said, “and it is a good investment in global economic growth.”

Watch the full video of the program, including the panel discussion, at hamiltonproject.org.

Why did US jobs growth slow in April?