Today, the Center for 21st Century Security and Intelligence (21CSI) published the third in its 2014 series of Federal Executive Fellows (FEF) Policy Papers, “Rethinking Marine Corps Officer Promotion and Retention.” Col. Aaron Marx (ret.), who has spent 10 months in residence with 21CSI and Foreign Policy at Brookings, writes that “officers are leaving the service prematurely” because of the Marine Corps’ selection, promotion, and retention system. At a time of falling defense budgets and decreasing manpower, the United States Marine Corps (USMC) faces a critical challenge in “how to retain the best, brightest, and most qualified leaders when changes in strategy and policy tend toward a smaller military,” Marx writes.

While “the U.S. military already has policies in place that allow the military services to promote promising leaders ahead of their peers,” he writes, the Marine Corps has not utilized those tools or methods, instead opting for a largely seniority-based system. If the Corps instead followed the Navy’s and Air Force’s lead by advancing promising individuals above their peers and rigorously employing Selective Early Retirement Boards, it could improve the service’s overall health while simultaneously trimming the ranks. As Marx concludes, “the Marine Corps has a tough choice: retain the older generation at the expense of the young, or; thin the herd at the top to allow predictable promotions for the next generation of combat-proven leaders.” 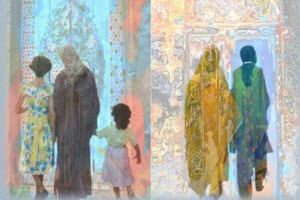 Last week, 21CSI released another FEF paper, “A Gendered Approach to Countering Violent Extremism.” Writing that “women continue to be an underutilized and under-tapped resource in the fight against extremism,” Krista Couture of the National Counterterrorism Center taps into lessons learned from women’s empowerment and gender equality as they have positively influenced peace-building and conflict prevention efforts across the globe. Couture investigates programs in Bangladesh and Morocco that have applied similarly gendered strategies in efforts to counter violent extremism, including a program for female imams and micro-lending, among many other initiatives. This is in addition to country-wide measures to address economic, social and political inequalities at the behest of the U.N. Millennium Development Goals.

From cases like Northern Ireland, Colombia, Pakistan, Somalia, and Yemen, it’s clear that women can exert prolific influence over extremist violence and radicalization. Empowering women in a variety of ways, from better education and government participation to regular employment and increased family planning, creates safe and resilient communities where tolerance and moderation can take hold. A “smart” application of women’s talents within vulnerable populations “can serve as extraordinarily effective bulwarks against extremism,” Couture argues. 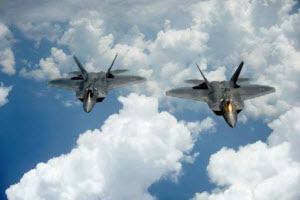 Earlier this spring, Air Force Fellow Col. Kenneth Ekman examined a defense strategy that has not been systematically applied since the Cold War. In his paper, “Winning the Peace through Cost Imposition,” Col. Ekman argues that “America’s financial challenges and China’s rise have prompted new interest in the approach,” and that the air domain holds particular promise for the effective application of “program, posture and operational concept choices that impose hardships—fiscal or otherwise—through disadvantageous competition.” While China’s ballistic and cruise missiles, surface-to-air missiles, and fighter aircraft are ripe for cost imposition strategies of one form or another, the Department of Defense will need to enhance its understanding of security interactions. A group like the Competitive Strategies Office of the 1980s might be needed, he says, to reach a “deep and holistic understanding of prospective competitors along with an inclusive appreciation of U.S. attributes.”

Written by fellows in residence from the military services, Coast Guard, National Counterterrorism Center, and Central Intelligence Agency who spend an academic year at Brookings, the FEF policy papers represent the culmination of the fellows’ research and intellectual exchange inside and outside of the Institution. With their unique service perspective, they offer valuable insight into topics where conventional wisdom needs deeper analysis or where little investigative work has been done before.

There’s more to come in the next few months, including a discussion of how to ensure air power reach in the future operating environment, both in contested and permissive air space, as well as recommendations for incorporating unmanned aerial vehicles into the Japan Air Self-Defense Force. Be on the lookout for additional papers later this summer and early fall.