The chart below examines one of these assumptions: “Democracy and Access to Information Technology.” 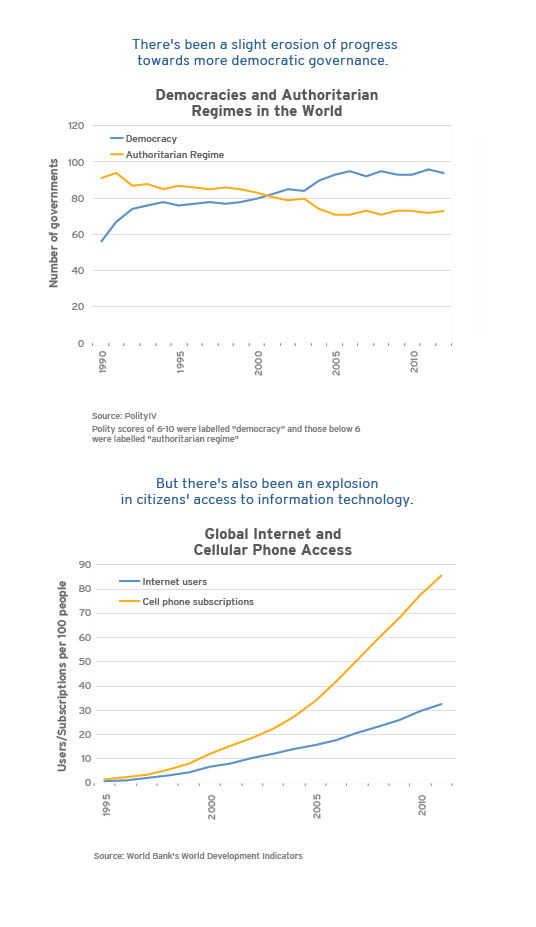