Gender has, in recent years, been a top and cross-cutting priority for Africa, and 2016 is no different. In fact, the African Union has declared 2016 to be “The Year of Human Rights with a Special Focus on Women’s Human Rights.” Gender was a priority in the Millennium Development Goals and continues to be so in the new Sustainable Development Goals. True, with this focus many African women have made great strides in economic and political empowerment, but still too often do women bear the brunt of economic hardship and violence.

African women are becoming increasingly involved in leadership. As seen in Figure 1, female participation in African legislatures outpaces many developed countries. Rwanda (at 63.8 percent) ranks number one in the world, with the Seychelles, Senegal, and South Africa similarly being in the top 10 countries. Fifteen African countries rank ahead of France and the United Kingdom, 24 rank ahead of the United States, and 42 rank ahead of Japan.

Not all is rosy, though: Women in Nigeria, the Comoros, Swaziland, the Republic of the Congo, and Benin still have less than 8 percent female representation in their legislatures. (For the full list of African rankings, see Chapter 5 in Foresight Africa 2016).

Figure 1. Africa outpaces many countries when it comes to female representation in legislatures—but the continent as a whole still has a long way to go 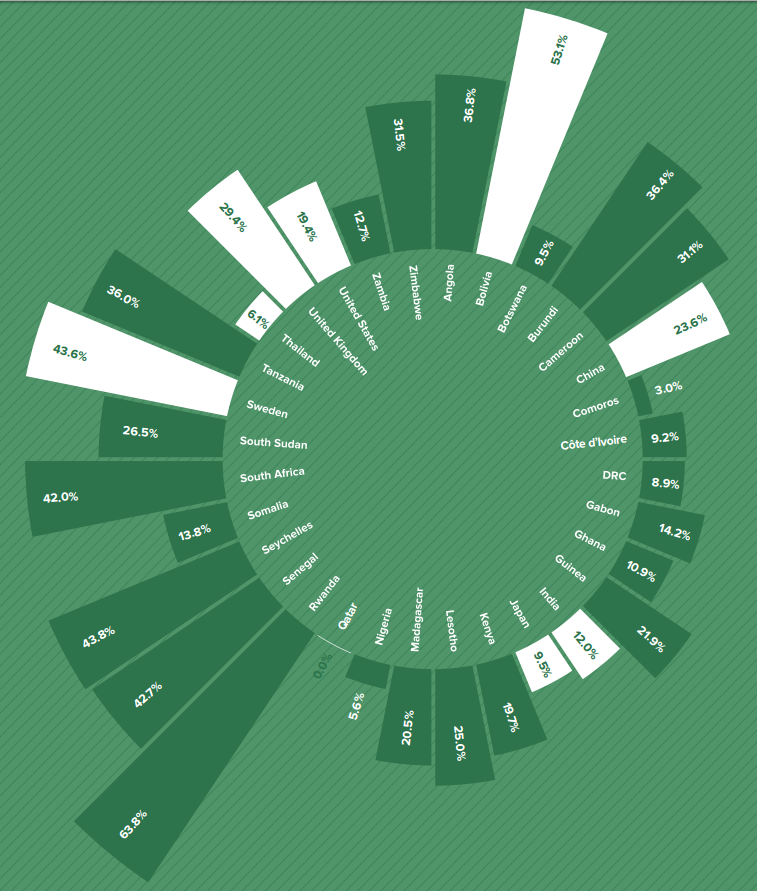 Note: Countries in green are African.

Women still struggle in social and economic spheres as well. As Foresight issue brief authors Kathleen G. Beegle and Luc Christiaensen note, while tolerance and incidence of domestic violence are declining, tolerance is still twice as high as the rest of the developing world. In addition, as viewpoint author Winnie Byanyima, executive director of Oxfam International, points out, women still carry out the majority of household work—on average, five more hours a day than men—which creates obstacles to their economic empowerment.

Similarly, as Byanyima notes, “Income inequality is strongly linked to gender inequality—as a cause, consequence, and solution.” For that reason, in her viewpoint Byanyima advocates for policies that remove obstacles to women’s social empowerment, such as child care, education, and health care, and those that create equal opportunities for women’s economic empowerment, such as land rights and equal pay.

Read Foresight Africa 2016, which details the top priorities for Africa in the coming year, to learn more about other critical issues affecting the continent. Watch video or listen to audio from our annual Foresight Africa event.