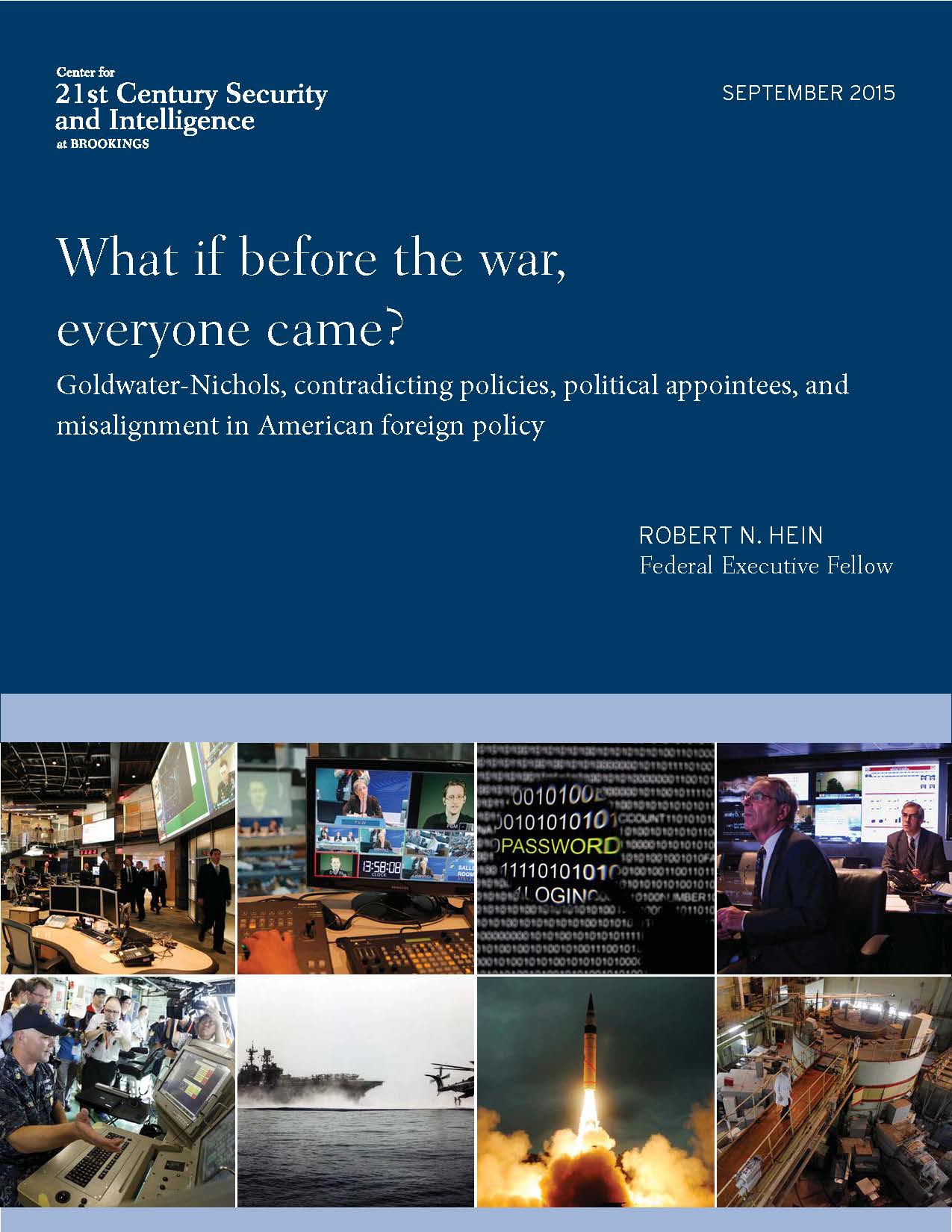 Organizations routinely struggle and disagree when determining goals and how to achieve those goals. Families often disagree over whether to eat in or go out, and if they go out, where. Corporations struggle over whether to increase funding for marketing, research, or expansion. Likewise, governments struggle with issues such as foreign policy: Should the emphasis be on national security? Expanding the economy? Spreading democracy? Ensuring human rights?  And what tools should be used to achieve those ends?

While America relies on the president to put forth a vision and allows the president to staff his cabinet with like-minded persons, the number of officials involved in foreign policy just in the government reaches into the thousands. However, even those philosophically like-minded executives can disagree. Those directly tasked in the execution of foreign policy, such as ambassadors, generals, and admirals, often feel they are on the front lines and may bemoan meddling from Washington, while those back in D.C. are often concerned about field leaders not getting the “big picture.”

There are other forces at work as well. The government wields the four main instruments of power: diplomacy, information, military, and economic (DIME). Since the early 1990s, the United States has arguably favored military power over all others. The increase in the power of combatant commanders and shrinking budgets within the State Department has caused a shift toward the military away from diplomatic, information, and economic tools. Legislation, such as the Goldwater-Nichols Department of Defense Reorganization Act of 1986 may have unwittingly tipped the scales toward the use of military power.

Without the full DIME, the United States has shortchanged itself in the development and execution of its foreign policy. Much of the analysis of how to bring whole-of-government power to bear recommends adding layers of bureaucracy or requires large amounts of financing, neither of which is particularly viable in today’s legislative environment.

So what can be done? There are simple steps that can be taken by the Department of Defense (DOD) and Department of State (DOS) to better align policy development and execution.

• Expand the use of representatives from the State Department’s Conflict Stability Office to the combatant commanders. This model is currently used at United States Africa Command with success.
• Expand the use of foreign policy advisors at the combatant commands. Rather than solely serving in an advisory capacity, their responsibilities should expand to include those of assistant deputy regional secretaries.
• Align how DOS and DOD divide up the geographic regions of the world.
• Continue to enhance training of State Department members in areas where they can meet with and work with other members of the government from different departments.

Streamlining the foreign policy process is also its own industry. There is no shortage of think tanks, journalists, and assorted policy entrepreneurs ready to offer up solutions, but often those solutions come with large price tags or wholesale realignments that would require massive legislation. This paper attempts to examine the problem, identify where and why schisms within the government occur, and offer simple solutions to better align foreign policy development and execution that could be implemented in an environment that is both fiscally constrained and legislatively challenging.