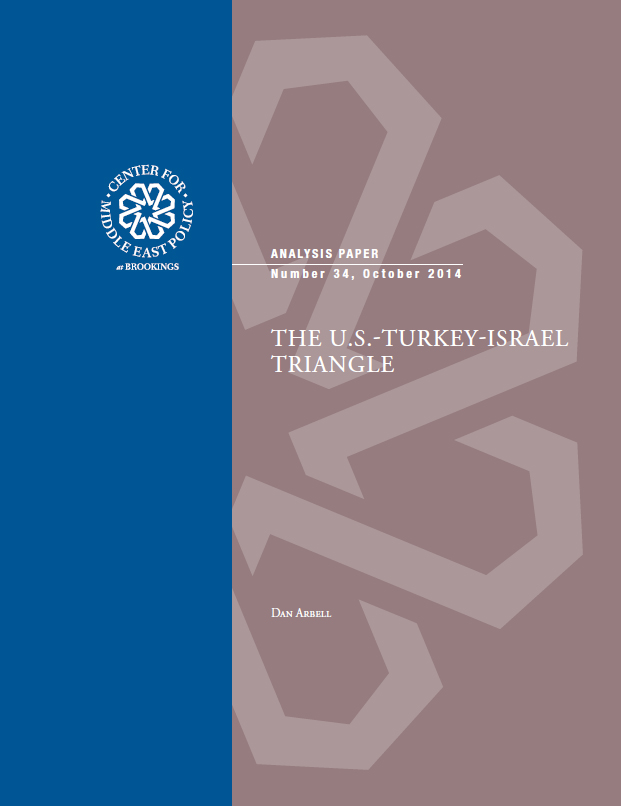 The confrontation between Israel and Hamas during the summer of 2014 deepened tensions between Israel and Turkey. Now, in the fall of 2014, U.S.-Turkish relations are strained over Turkey’s role in the fight against ISIS, while gaps between the United States and Israel over policies on Iran and Palestine serve as points of friction in the relationship. Clearly the U.S.-Turkey-Israel triangle has suffered many setbacks in recent years on all sides, but the Turkish-Israeli relationship has suffered the most, as it has been in a state of semi-paralysis for the last four years.

The watershed moment in this gradual process of deterioration between Ankara and Jerusalem is the Mavi Marmara incident of May 31, 2010, when Israeli commandos boarded a Turkish flotilla consisting of six vessels, among them the MV Mavi Marmara, headed from Turkish ports to Gaza to break the Israeli naval blockade. When activists resisted, using knives and metal bars, the commandos opened fire. Eight Turks and one Turkish-American were killed.

Relations between Israel and Turkey were already sorely strained, but bilateral relations mostly collapsed following the incident, with a total disconnect and absence of a dialogue at the very senior levels.

This new paper, “The U.S.-Turkey-Israel Triangle,” looks at the diplomatic ties among all three countries before, during and after this period. Dan Arbell suggests two closely intertwined conclusions: first, that good Turkish-Israeli relations are essential to the security and stability of the Middle East; and second, that U.S. leadership has come to play a central role in shaping–and often mediating–the Turkish-Israeli relationship.

Other highlights from this paper include:

• The history of the relations between Turkey and Israel, developing gradually during the “early years” (1948-1992) and moving towards the “golden years” (1992-2008), during which a strategic partnership was forged between Turkey and Israel.
• The lessons learned and policy implications for the United States.
• What diplomatic steps by the United States led to an apology from Prime Minister Netanyahu to Prime Minister (recently elected President) Erdoğan for the incident.
• The key drivers in the Turkish-Israeli relationship, focusing on domestic and regional interests that inform geostrategic alliances in the region, including the Islamic Justice and Development Party’s (AKP) and the Israeli-Palestinian conflict.
• How the two countries’ economic ties held together the Turkish-Israeli relationship, when political and diplomatic ties came practically to a standstill.
• Why it is important to consider a set of regional challenges, on which the two countries almost see eye to eye, that may provide the necessary glue for a future Israeli-Turkish normalization process.

Can the Russia-Ukraine crisis offer an opportunity to re-anchor Turkey in NATO?