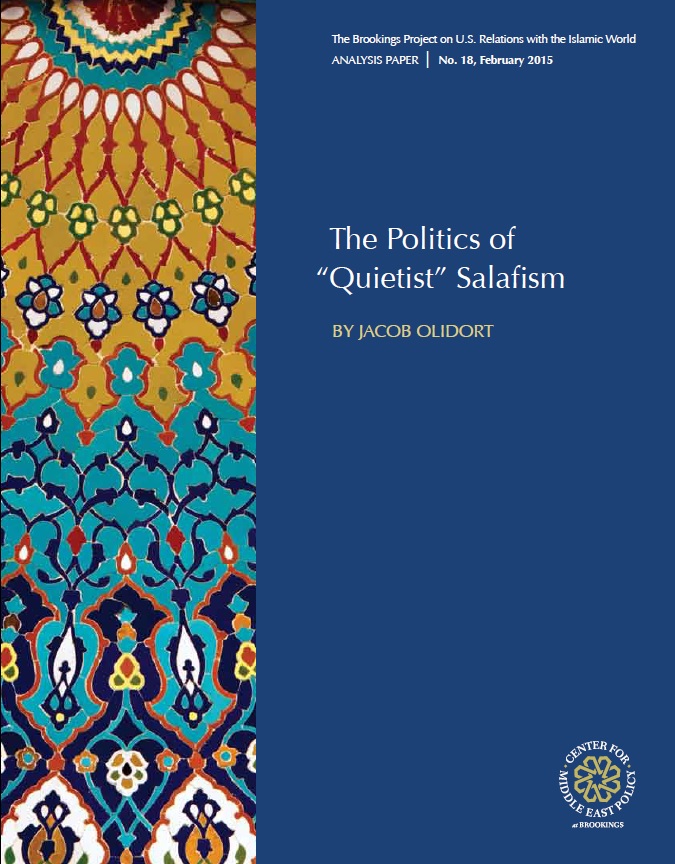 Ultraconservative Muslims, or Salafis, have had a tremendous impact on politics in the Middle East over the past decade. Violent Salafis like al-Qaida have fomented revolution in the region and Salafi political parties such as the Al-Nour Party in Egypt have helped determine the destiny of the Arab Spring countries. In a new analysis paper, Jacob Olidort explores the political writings of so-called quietist Salafis and their impact on modern Middle East conflict.

Despite the political activism of some Salafis, analysts have argued that most Salafis are quietist and eschew direct political participation. Olidort challenges this common perception by demonstrating how many quietists hold strong political views and produce prolific commentary on contemporary events. Because they shape and challenge Islamist political discourse, Olidort argues, most Salafis lie on a continuum between absolute quietism and political engagement.

Olidort traces the sociopolitical impact of quietist ideology through a line of Salafi ideologues starting in the mid-20th century with the prominent scholar Muhammad Nasir al-Din al-Albani, and continuing to the present day. Albani and his students have applied a purist and often nonviolent interpretation of Islamic texts to the monumental events witnessed in the modern Middle East, including Arab-Israeli conflict and the ongoing war in Syria.

Because quietist Salafis shape and challenge the political discourse of their more activist brethren, Olidort argues, their views have to be taken into account to understand the future of ultraconservative politics in the region.