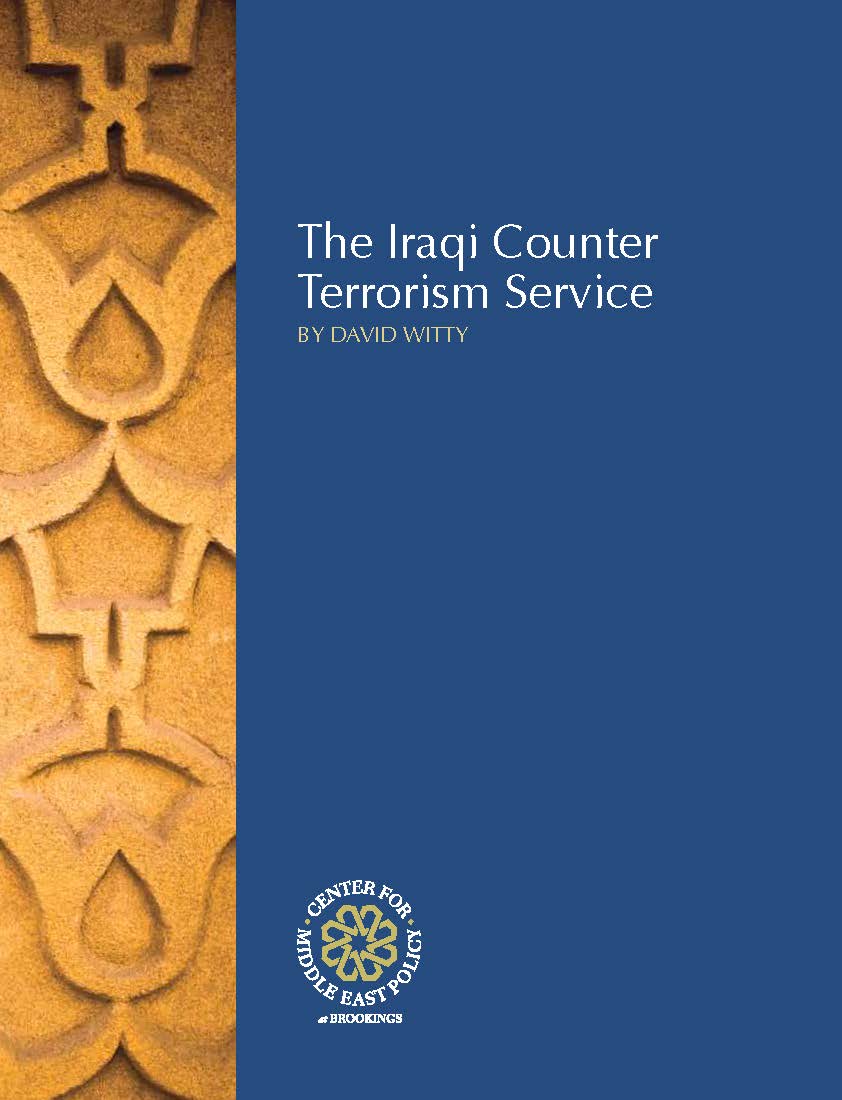 The Iraqi Counter Terrorism Service (CTS) is an independent, quasi-ministerial level organization separate from the Iraqi Ministry of Defense (MoD) and Ministry of the Interior (MoI). Originally created by the U.S., it has a three-tiered organizational structure which includes the CTS headquarters, the Counter Terrorism Command (CTC), and three Iraqi Special Operations Forces (ISOF) Brigades. Organizations such as CTS are at the heart of U.S. strategies in the Middle East that aim to develop indigenous capacity to combat insurgents and terrorists. This strategy was most recently exemplified by both President Obama’s decision in June 2014 to send U.S. Army Special Forces personnel to Iraq to assess and advise Iraqi Security Forces and his decision to create a coalition to fight the Islamic State without U.S. boots on the ground.

There are many lessons to learn from CTS, both in terms of what worked well and what did not. Today, CTS is deeply involved in the fight against the Islamic State and has retained its cohesion and effectiveness while other Iraqi Security Forces have collapsed. Concurrently, many of the problems present in CTS before the U.S. withdrawal from Iraq have become worse and new problems have emerged. Based on the successes and failures of CTS in Iraq, some conclusions for U.S. military officials can be drawn. To minimize problems and maximize the positive aspects of an organization such as CTS, in the future the United States should:

Section one of this paper will describe the creation of CTS. Section two will discuss the maturation of CTS with full U.S. assistance and the challenges it faced, while section three will examine CTS in the post-U.S. withdrawal environment. Section four will discuss CTS today in the fight against the Islamic State. The final section will focus on the lessons of CTS and conclude with recommendations.