Brookings India, in collaboration with the Australian High Commission, hosted a panel discussion on the expectations of the Group of 20’s (G-20) 2014 Summit to be held later this year, in Brisbane, Australia. The panel – featuring Dr. Heather Smith (Australia’s G-20 Sherpa), Mr. Navin Agarwal (Director, G-20 Secretariat, Ministry of Finance, Government of India), and Mr. Robert Milliner (Australia’s B-20 Sherpa), and moderated by Dr. WPS Sidhu (Senior Fellow, Brookings Institution) – discussed the priorities for the Brisbane Summit, embedding these in a larger conversation on the current role and relevance of the G-20.

The overarching understanding was that the G-20 is in a crucial phase of transition – from a crisis response group to one that must help lay the foundations for sustained economic growth. In light of this, the Brisbane Summit will play a significant role in shaping the future of the group. 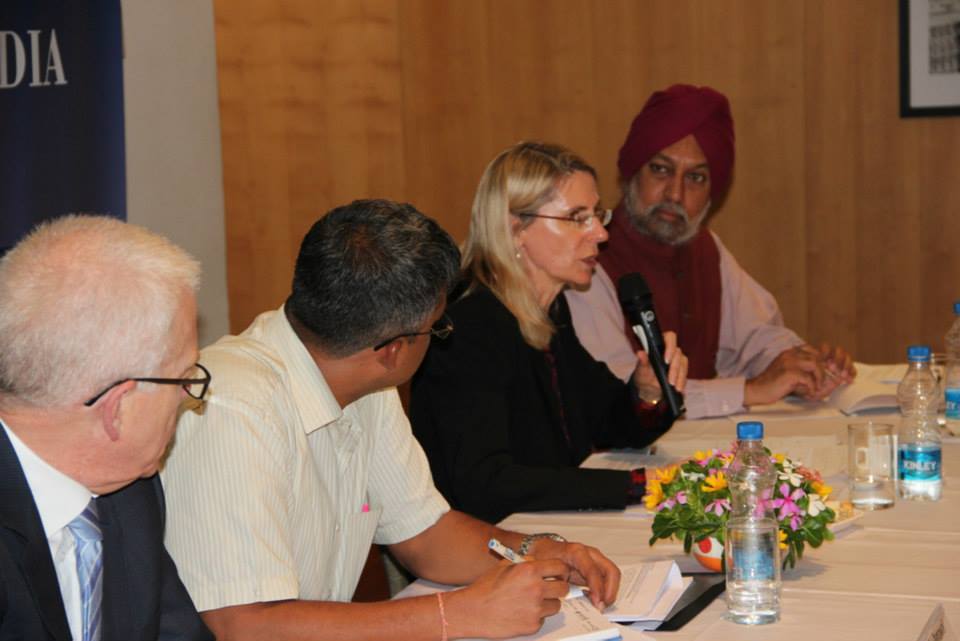 Role and Relevance of the G-20

Over the years, the G-20 has established itself as a fairly effective crisis management unit, but its relevance in non-crisis periods has been questioned.   Kharas and Lombardi (2012) trace the history and evolution of the G-20, writing how the grouping stemmed from the need to expand the G-8, following the 1990s financial crisis that impacted a number of countries and threatened to spill over to others.  Following this, finance ministers and governors of central banks of G-20 nations met periodically, though on a largely ad hoc basis.  There was, however, a significant change post the 2008 financial crisis, with the participation in the group elevated to the country leaders’ level.

Dervis and Drysdale (2014) consider the group’s need to shift from a crisis committee to a steering committee for the global economy, to be one of its most significant challenges.  In line with this, the panel noted that the G-20’s continued relevance would be contingent upon its ability to effectively transition from its current ‘critical response’ role to that of a facilitator of a sustainable global economic system.

Understanding the G-20’s strengths and role:

The G-20 is sometimes mistakenly believed to be the answer to all of the world’s conflicts and challenges.  Apart from its economic agenda, there has been an increased expectation of the group to deal with other issues – including international political upheaval and natural disasters – particularly since the 2012 Mexico Summit.

The panel, however, cautioned against these expectations for an expanded role, noting that the primary strengths of the G-20 lay in its ability to facilitate cooperative global responses to economic challenges, through coordinated individual actions by countries.  The panel concurred that the G-20 has been successful in filling gaps in global governance, and that member countries look to the group for support in supplementing domestic growth and development policies.

The agenda for the 2014 Brisbane Summit has similarly been framed with the understanding that expecting the G-20 to tackle a range of different issues would cannibalize the original objectives of the group.

Impact of other global groupings:

A significant challenge that the G-20 must contend with is the spillover of the politics of other multilateral bodies, and regional and economic groupings such as the BRICS.  Panelists emphasized that the politics of the WTO, BRICS, and other such bodies must be separated from the workings of the G-20, given that the latter serves as a forum for cooperation and not negotiation.  They noted that the concerns of individual member countries must be represented as such, rather than being subsumed by bloc strong-arming.  Therefore, the presence of these other global groupings is a positive insofar as it does not engender “bloc positions” that dilute the spirit of cooperation that characterizes the group.

The G-20 also has a specific role to play in the context of increasing skepticism towards intergovernmental bodies.  It must ensure that powerful developed countries do not exercise disproportionate control and influence over its functioning, which could severely undermine its credibility.

In this context of changing economic and international relations, and cognizant of the G-20’s core strengths, the Brisbane Summit is making a concerted effort to focus the group’s priorities.  The overarching goals of the Australian presidency of the group include strong economic growth, resilience to future economic shocks, and the strengthening of institutions to ensure their continued relevance.  Employment generation and inequality reduction are seen as essentials for strong, sustainable growth, and therefore occupy a central place on the agenda.  Broadly, the Brisbane Summit hopes to accomplish two goals:

Developing strategies to stimulate economic growth: In September 2013, G-20 Leaders in St. Petersburg committed to develop comprehensive growth strategies for each of their countries by the Brisbane summit in 2014.  This year, the Brisbane Summit is targeting a 2 percent growth in the global economy over the next five years.  But, the challenge for this year’s summit is to convert these commitments and goals into actionable policies and results.

In light of this, panelists noted that G-20 country growth strategies would contain a mix of macroeconomic and structural reforms at the domestic level that suit each country’s circumstances and in areas with the greatest potential to lift global growth.

Building economic resilience to future shocks: The G20 also has a significant role in ensuring that international and domestic economic policies work together to protect the global economy against future shocks.  Restoring business and investor confidence requires addressing the causes of the global financial crisis and ensuring future financial stability.

In the context of the overarching goals mentioned above, the G-20 has proposed to concentrate on four focus areas, including some that are particularly relevant to India:

This is an aspect that is key to achieving sustained economic growth, and the G-20 is prioritizing the development of strategies to generate greater private investment to close the infrastructure gap.  Increased openness to foreign investment also needs to be encouraged, particularly in developing economies. There is also a need to enhance the resources available to Multilateral Development Banks (MDBs) so that they can provide funding and assistance to developing countries for their infrastructure needs. In addition to this, panelists recommended the creation of a data hub for infrastructure, to facilitate infrastructure development in member nations through the development of collective action plans.

In order to achieve higher economic growth, making some targeted reforms in the workforce is imperative. This is of particular interest to India, where at least 12 million jobs need to be created every month in order to enhance growth. In addition to generating greater growth, job creation and skilling play a pertinent role in reducing inequalities, which as discussed above, is a priority for this year’s summit. The overall idea in this regard is that inequalities within countries need to be addressed before the G-20 focuses on inequality between countries.

In terms of job creation, two demographic groups need particular attention – women and youth. Female participation in the workforce in Urban India is presently less than 25 percent.  An increase in this number could generate a 12-13 percent increase in per capita GDP for India.  Similarly, there is a great demographic dividend to be reaped in many G-20 countries, and consequently, increasing youth employment is a priority for the Brisbane Summit.

Apart from the creation of jobs, panelists also discussed the need for the Summit to focus on strategies for skilling. They believed that the mobilization of skilled labor across G-20 countries is a conversation that should be brought to the table in Brisbane.  In addition, they hoped the G-20 could work on a framework to share information on skill development to develop collaborative solutions to the skilling challenge.

In order to build resilience to future economic shocks and to ensure that governments have sufficient resources to serve their people, the international tax system needs strengthening and reform. The G-20 will be addressing the issue of protecting the integrity of the international tax system, as well as devising strategies to tackle tax evasion and corruption more broadly.  The summit will assist developing countries in devising tax systems.  The group has also begun work on developing automatic information exchange among members to facilitate collective action on tax reform.

While the WTO has worked extensively to facilitate trade liberalization, a lack of confidence in the international trade system continues to threaten its stability. In this regard, the Brisbane Summit will seek to build on the work done by the WTO so far, in increasing trade liberalization, but also look at trade as an important policy tool.  The G-20 will also address the conflict between collaboration and competition that trade poses.  On the question of Preferential Trading Agreements, the consensus was that while they encourage collaboration, their effectiveness would be determined by how they helped business in the respective countries.

This is an important period for the G-20 to take stock of its priorities and strengths, and define its objectives as a body. The Brisbane Summit will consequently play a crucial one in setting the tone for the future of the group.  But while the Australian presidency hopes to streamline the priorities for the summit, focusing on issues of economic growth and resilience to shocks, several external developments – including WTO disagreements and the Ukraine crisis – could trigger or derail the process. Theoretically, the hope is that the G-20 will continue to serve as a forum for cooperation and that the politics of other groupings will not spill over, but it remains to be seen how the summit plays out and accomplishes these objectives.