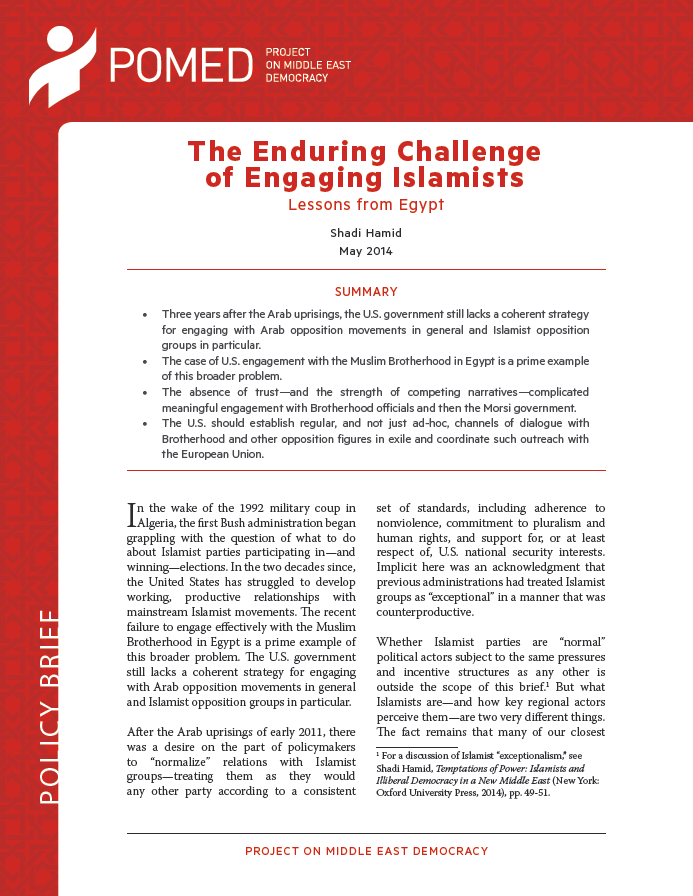 In the wake of the 1992 military coup in Algeria, the first Bush administration began grappling with the question of what to do about Islamist parties participating in – and winning – elections. In the two decades since, the United States has struggled to develop working, productive relationships with mainstream Islamist movements. The recent failure to engage effectively with the Muslim Brotherhood in Egypt is a prime example of this broader problem. The U.S. government still lacks a coherent strategy for engaging with Arab opposition movements in general and Islamist opposition groups in particular.