Sheila Burke and Elaine Kamarck seek to offer a balanced way of looking at the implementation of the Affordable Care Act (Obamacare) that goes beyond today’s thorny political situation. They outline some meaningful metrics for establishing success or failure (or both) in the years to come. The authors first describe the complex federal-state architecture of the law and how, in many states, politics have dictated the choices made. And then they ask eight key questions that will determine the long-term versus the short-term success or failure of the health care law.

Because Democratic governors tended to opt for state exchanges and for the expansion of Medicaid, these states will prove to be the purest test of the thinking behind the ACA since they will do two of the most critical things anticipated to increase coverage, Burke and Kamarck assert. The blue states offer up the greatest opportunity to truly assess the ACA’s success, these scholars argue.

Example chart from the paper showing where the states stand on Medicaid: 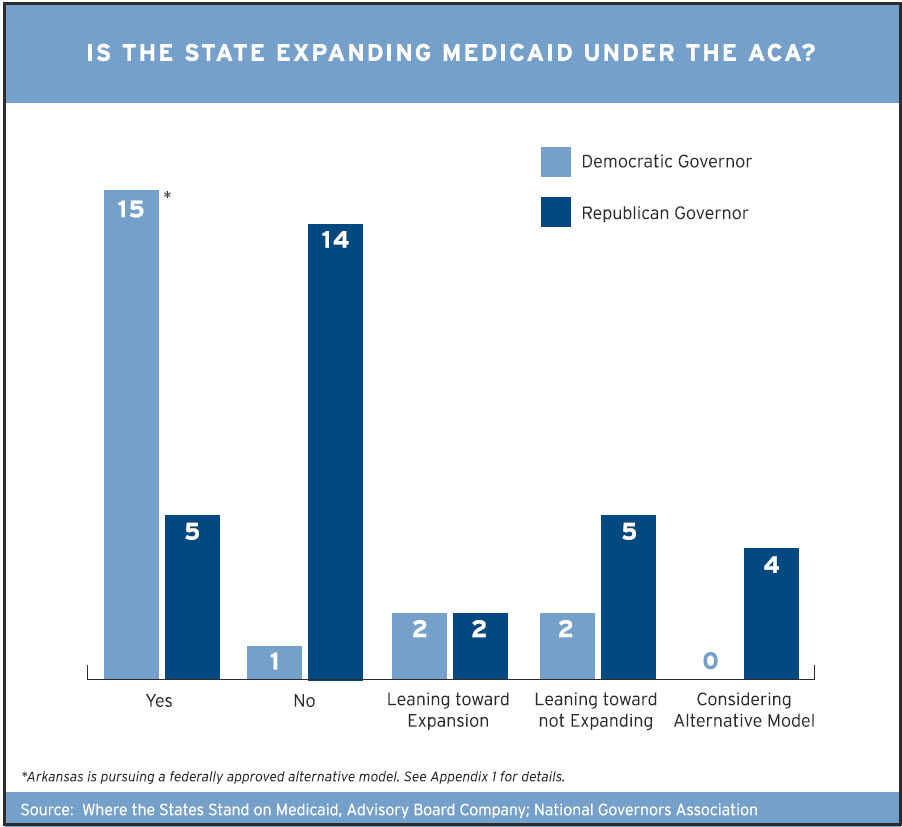