Stock buybacks are an important explanation for both the concentration of income among the richest households and the disappearance of middle-class employment opportunities in the United States over the past three decades. Over this period, corporate resource-allocation at many, if not most, major U.S. business corporations has transitioned from “retain-and-reinvest” to “downsize-and-distribute,” says William Lazonick in a new paper. 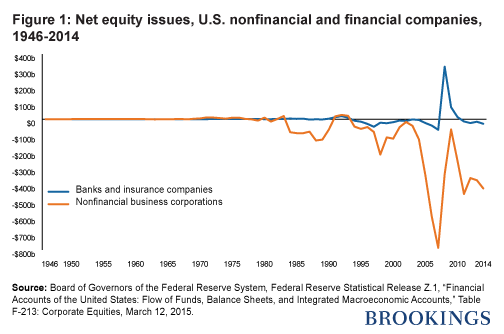 Under retain-and-reinvest, the corporation retains earnings and reinvests them in the productive capabilities embodied in its labor force. Under downsize-and-distribute, the corporation lays off experienced, and often more expensive, workers, and distributes corporate cash to shareholders. Lazonick’s research suggests that, with its downsize-and-distribute resource-allocation regime, the “buyback corporation” is in large part responsible for a national economy characterized by income inequity, employment instability, and diminished innovative capability.

Lazonick also challenges many of the notions associated with maximizing shareholder value, an ideology that has come to dominate corporate America. Lazonick calls for a decrease, or even a ban, in stock buybacks so companies will be able to use these funds to finance capital expenditures but more importantly to attract, train, retain, and motivate its career employees. And some of the funds made available by a buyback ban can even flow to the government, he argues, as tax revenues for investments in infrastructure and human knowledge that can underpin the next generation of innovation.