The Environmental Protection Agency (EPA) will soon finalize the Clean Power Plan, its proposed rule for greenhouse gas emissions from existing power plants, which is the centerpiece of the Obama administration’s climate change policy.

At first glance, the politics around the rule are quite intuitive: Democrats (excluding those from coal states) are for it, Republicans are staunchly against it. But a new report from Philip Wallach and Curtlyn Kramer that examines state environmental agencies’ comments on the rule shows how concerns about the rule cross party lines. Although the parties mostly split as expected when it comes to fundamental questions about the rule’s legality and whether it should be withdrawn, serious substantive concerns cross party lines, including questions of fairness, grid reliability, and feasibility. 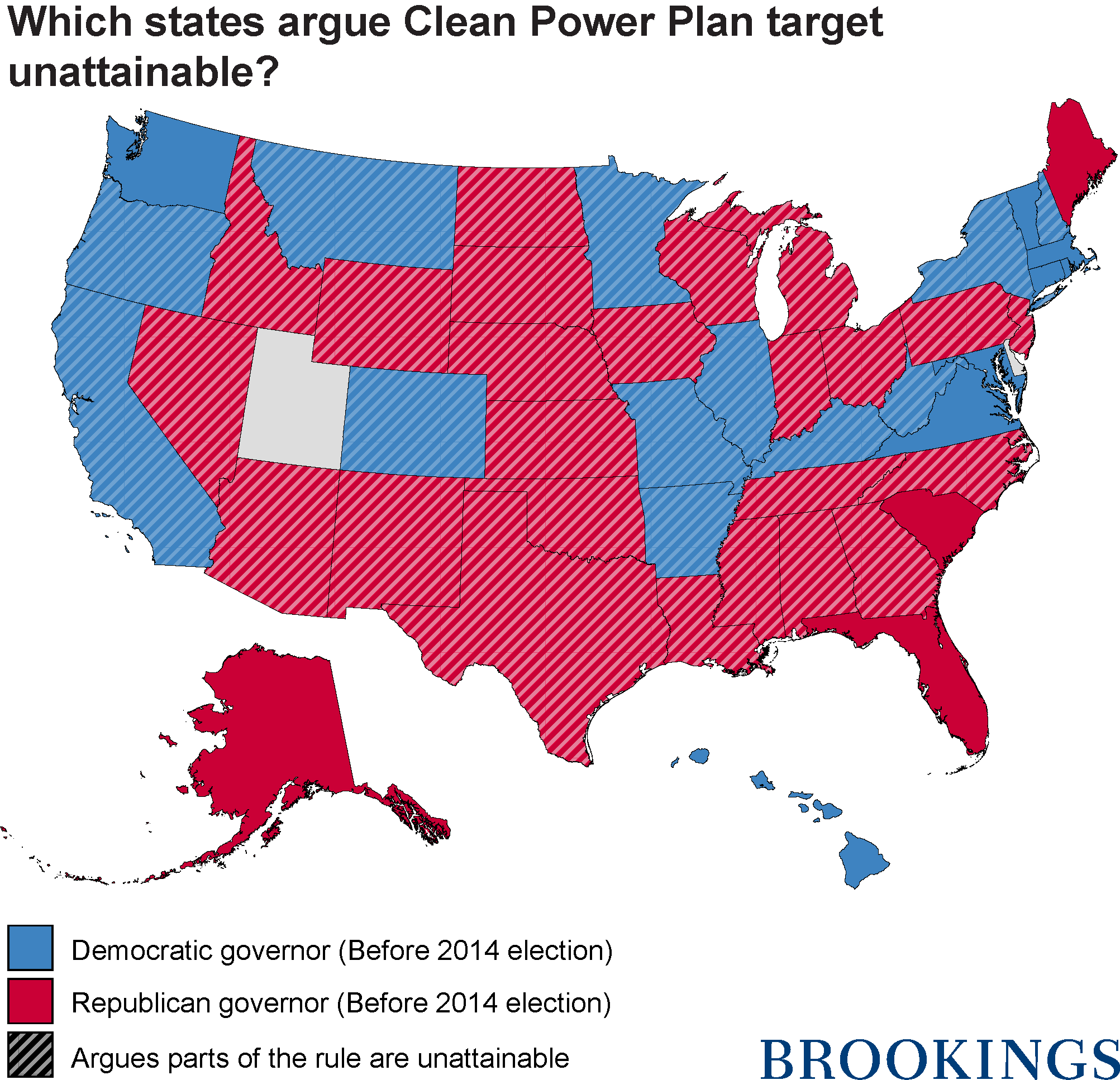 Wallach and Kramer’s analysis demonstrates that opposition to the Clean Power Plan is not simply an outgrowth of hyper-partisanship. Even in states with Democratic governors, state environmental agencies are reluctant to accept many aspects of the rule. Wallach and Kramer explain why these environmental agencies are so important to the rule’s ultimate success and why their concerns signal serious legal and political difficulties for the Clean Power Plan once it is finalized.