There is a lively debate today over whether or not campaign finance reforms have weakened the role of political parties in campaigns. This seems an odd argument in an era of historically high levels of party loyalty — on roll calls in Congress and voting in the electorate. Are parties too strong and unified or too weak and fragmented? Have they been marginalized in the financing of elections or is their role at least as strong as it has ever been? Does the party role in campaign finance (weak or strong) materially shape the capacity to govern?

In addition, the increasing involvement in presidential and congressional campaigns of large donors – especially through Super PACs and politically-active nonprofit organizations – has raised serious concerns about whether the super-wealthy are buying American democracy. Ideologically-based outside groups financed by wealthy donors appear to be sharpening partisan differences and resisting efforts to forge agreement across parties. Many reformers have advocated steps to increase the number of small donors to balance the influence of the wealthy. But some scholars have found evidence suggesting that small donors are more polarizing than large donors. Can that be true? If so, are there channels other than the ideological positioning of the parties through which small donors might play a more constructive role in our democracy? 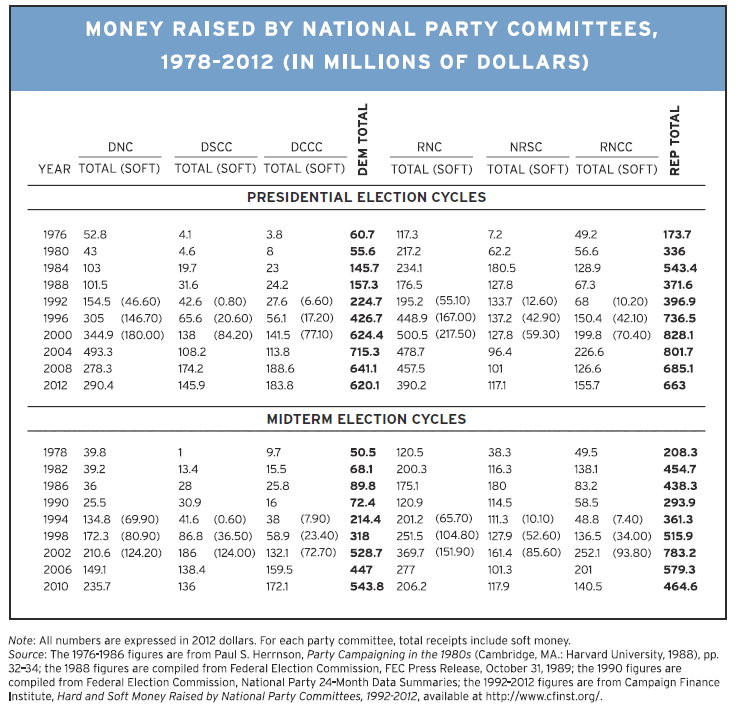