President Obama has the opportunity — provided that Russian President Vladimir Putin is prepared to engage — to enhance U.S. and global security significantly through further reductions in nuclear arms and a cooperative NATO-Russia missile defense arrangement. Steven Pifer wrote this memorandum to President Obama as part of

New START was one of the key foreign policy achievements of your first term. However, even once it is fully implemented, the United States and Russia will each maintain some 5,000 nuclear weapons, a level that makes little sense 20 years after the end of the Cold War. You have the opportunity — provided that Vladimir Putin is prepared to engage — to enhance U.S. and global security significantly through further reductions in nuclear arms and a cooperative NATO-Russia missile defense arrangement.

Your administration should build on the New START Treaty and your 2009 Prague vision, pursuing four objectives:

• Conclusion of a new treaty limiting the United States and Russia each to no more than 2,000-2,500 nuclear weapons, with a sublimit of no more than 1,000 deployed strategic warheads.

• Achievement of a NATO-Russia agreement for a cooperative missile defense of Europe.

• Preparing the ground to multilateralize the nuclear arms reductions process.

Arms control has made some progress over the past four years, though not as much as we would like. New START’s implementation is proceeding smoothly, with the treaty’s limits scheduled to take full effect in 2018. A cooperative NATO-Russia missile defense arrangement remains stalled over Moscow’s demand for a legal guarantee that U.S. missile defenses not be directed against Russian strategic forces. Even if you were prepared to They have shown little enthusiasm for arms control generally, as evidenced by the fact that the CTBT remains un-ratified. 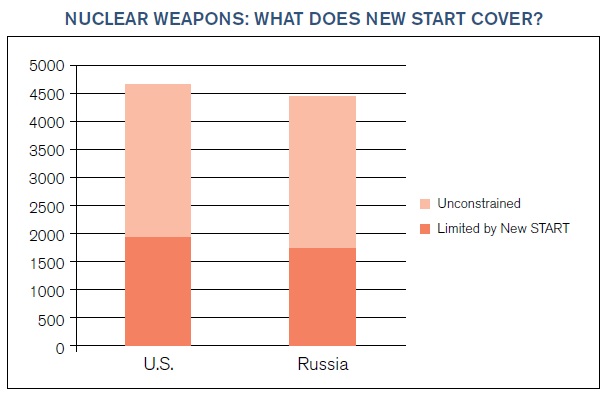 1. A New Treaty. New START covers only 30 percent of the U.S. nuclear arsenal (deployed strategic warheads). You should seek to engage Moscow in negotiation of a new treaty to cover all nuclear warheads — strategic and non-strategic, deployed and non-deployed — with the exception of those in the dismantlement queue (to be dealt with separately). An aggregate limit of 2,000-2,500 warheads would require a 50 percent reduction in the current U.S. and Russian nuclear arsenals. It would be a transformational arms control achievement.

Such reductions would obviate a need for Russia to build back up to the New START limits. That could lead Moscow to cancel its planned new heavy intercontinental ballistic missile (ICBM), which would pose a threat to U.S. ICBMs in their silos while resulting in a more destabilizing force on the Russian side (large numbers of warheads on a relatively small number of vulnerable launchers).

You should reach out to President Putin directly on this. You should aim to conclude a new treaty in 2015, so that it does not have to face a ratification debate in an election year. While negotiating, you should consider early implementation of the New START limits.

2. Missile Defense. If Moscow drops its demand for a legal guarantee that U.S. missile defenses are not targeted against Russian strategic forces, the way to a cooperative NATO-Russia missile defense would be open. Your administration could build on ideas already discussed by U.S. military experts, such as transparency, joint exercises, and data fusion and planning/operations centers, both of which would be jointly manned.

You may be able to increase the prospects of a Russian agreement to a cooperative missile defense by offering greater transparency on U.S. programs and plans, including annual declarations and facilitating Russian observation of SM-3 interceptor tests. Your administration should offer the flexibility on U.S. plans, e.g., state that deployment in Europe of the SM-3 Bloc IIB (the interceptor of concern to Russia) could be deferred if Iran is not making progress toward an ICBM capability.

3. Test Ban. You should test the possibility of Senate approval of the CTBT. U.S. ratification would encourage others, particularly China, to ratify. A permanent end to nuclear testing would lock in a significant U.S. knowledge advantage.

Arguments in favor of ratification include the success of the stockpile stewardship program, which provides confidence in the reliability of the U.S. arsenal without testing. Improvements in monitoring mean that explosions in excess of 1 kiloton — and in many areas, including North Korea, in excess of .1 kiloton — would be detected (the bomb that destroyed Hiroshima was in the 10-20 kiloton range).

That said, the current testing moratorium, observed by all states expect North Korea, is preferable to a failed ratification vote in the U.S. Senate. You should press for a vote only if confident that you have a two-thirds majority in hand.

4. Multilateralization. At some point, other nuclear states will need to be brought into the nuclear reduction process. Your administration should work with Moscow to prepare the ground for this.

You will want to approach multilateralization gradually, perhaps by building on the discussions already underway among the UN Security Council Permanent Five. It would be desirable to get third countries to assume a “no increase” commitment in connection with the U.S.-Russian treaty described above. (Their agreement to this would be essential if we seek Russian reductions beyond that treaty.)

A new initiative will advance U.S. interests in a number of ways:

• A new agreement could further reduce the strategic threat to the United States and cut non-strategic warheads that threaten U.S. allies in Europe and Asia.

• Further nuclear reductions would mean having to build fewer systems in the future in order to maintain a modern deterrent. That would save defense resources, particularly when you face expensive decisions on a replacement for the Ohio-class ballistic missile submarine, a new bomber and a new ICBM.

• Further U.S. (and Russian) nuclear reductions can bolster the credibility of American diplomacy on nuclear proliferation. While a new treaty will not change minds in North Korea or Iran, it will strengthen your administration’s ability to secure third-country support to increase pressure and sanctions, at a time of growing tension with North Korea and looming crisis with Iran.

• Further progress on arms control can give a positive impulse to the broader U.S.-Russia relationship, helping to move bilateral relations from their current scratchiness toward a sustainable follow-on to the “reset.”

Will President Putin be prepared to deal on further nuclear arms reductions and missile defense cooperation? U.S. advantages in strategic force levels, including in reserve warheads that could be added to the strategic ballistic missile force, give Moscow incentives for a new negotiation. The Russians also likely face budget pressures similar to those confronting the Pentagon. You should raise the new negotiation in your early exchanges with President Putin.

Attaining a two-thirds vote in favor of ratification for a New START follow-on treaty or CTBT will be difficult, as evidenced by the New START experience in the Senate. The administration — and you personally — will want to engage the Senate early on. While less preferable, if the Senate proves resistant on arms control, you might consider reductions to be made in parallel with reductions by Russia, conducted outside of a formal treaty context.

Third-country nuclear weapons states, particularly China, will resist being drawn into the reduction process as long as U.S. and Russian weapons numbers remain so much larger than theirs. You will have to put this high on your agenda with those countries. 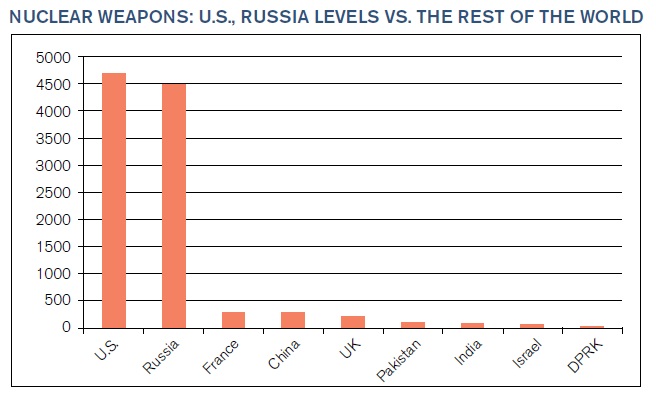 Achieving this agenda will not be easy. It will require your direct engagement. But it provides an opportunity to cement your legacy on an issue of key importance for U.S. national security and the future global order.