The release of the

(ACS) census data on poverty and income underscores the effects of a sluggish recovery that has played out unevenly across the nation’s major metropolitan economies and, even amid improving employment numbers, has left millions of Americans behind. Using ACS data on individuals living below the federal poverty level (e.g., $23,492 for a family of four in 2012), our analysis across and within the nation’s 100 largest metropolitan areas finds that: 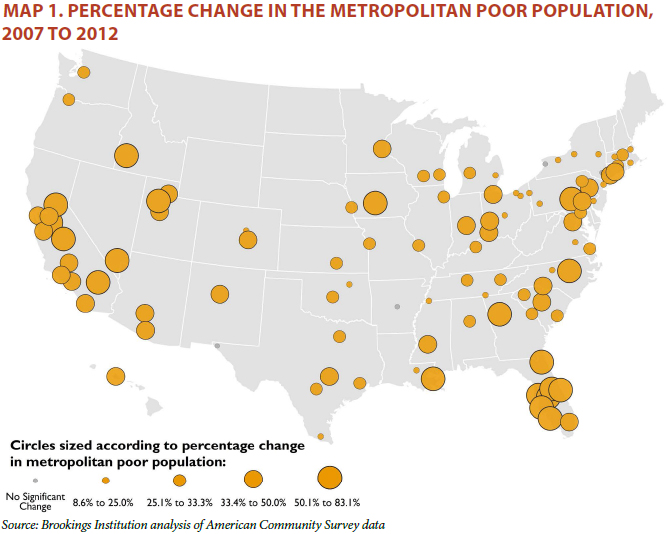 As Juneteenth becomes a federal holiday, the US needs a culture of reparations