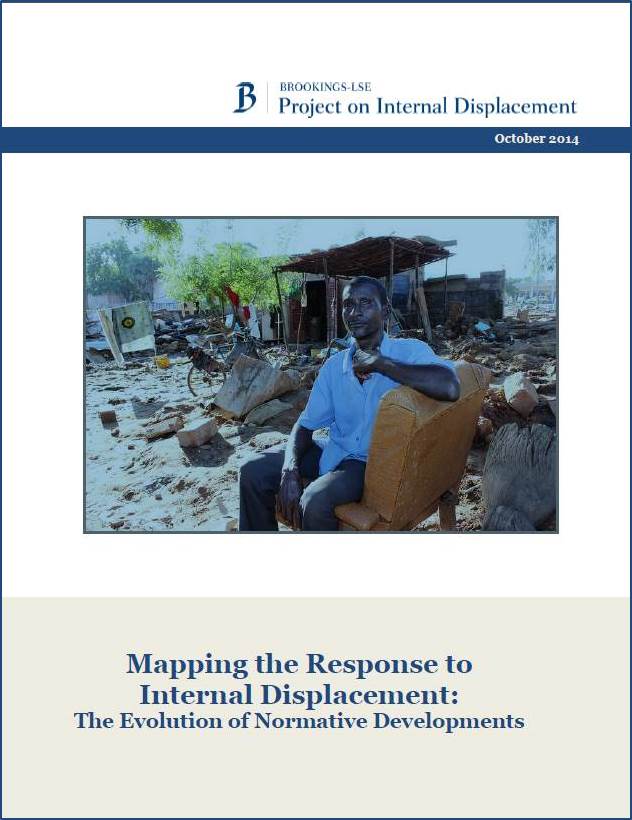 According to best estimates, by early 2014, there were over 30 million people who had been internally displaced by conflict and human rights violations. This was the highest number ever recorded and over 25 times the number of internally displaced persons (IDPs) counted in 1982. Some of this increase is undoubtedly the result of better and more comprehensive means of estimating the number of IDPs, but it also reflects the increasingly protracted nature of displacement, as well as the increasing use of displacement as a strategy in civil conflicts.

Like refugees, IDPs are people who have been forced to flee but unlike refugees, they remain within the national borders of their home state or the state where they habitually reside.  As a result, IDPs are the legal responsibility of national governments rather than that of other states or international organizations like the UN. Therefore it is considerably harder for the United Nations, NGOs or other organizations and institutions to provide assistance and protection to them – even when their governments are unable or unwilling to do so.  Furthermore, there is no binding convention or specific UN agency responsible for IDPs. While refugees have benefited from the 1951 Refugee Convention and the United Nations High Commissioner for Refugees (UNHCR), IDPs have often been on the receiving end of ad hoc responses. Indeed, it was not until the 1990s that normative frameworks began to be formalized for this group.Thus, it is very important to trace both the historical development of these normative frameworks, and to consider achievements, challenges and potential improvements for IDP protection.

Yet despite the development of normative frameworks, IDP needs and vulnerabilities are still not adequately addressed and there is much work to be done to ensure that the rights of IDPs are upheld.  This report maps some of the key normative developments on internal displacement over recent decades, based on the 2012 report to the Secretary-General by Special Rapporteur on the human rights of internally displaced persons, Chaloka Beyani.