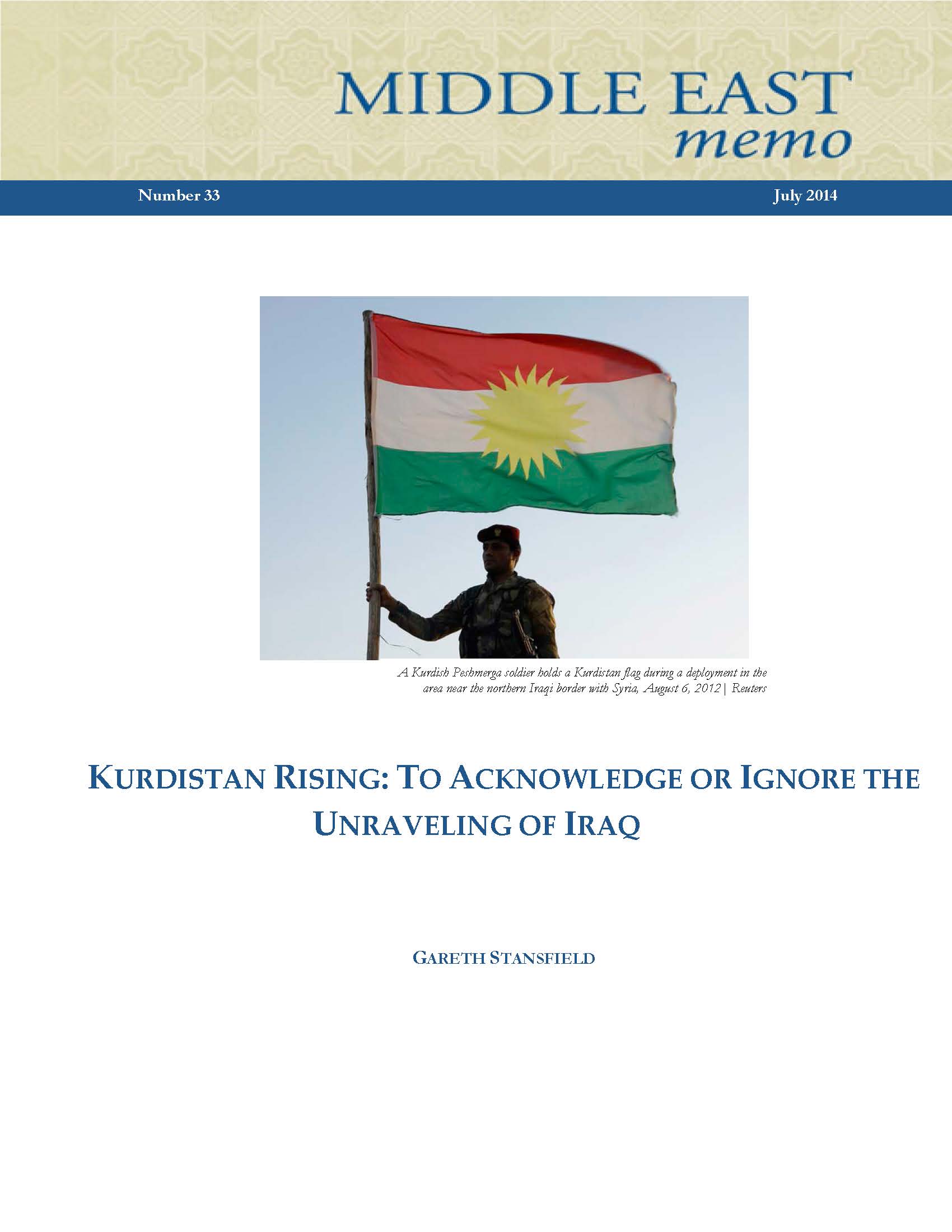 This summer, the world has watched as an al Qaeda offshoot, the Islamic State group, launched a militant offensive into Iraq, seizing large swaths of land. This Center for Middle East Policy’s Middle East Memo, Kurdistan Rising: To Acknowledge or Ignore the Unraveling of Iraq, examines how the fall of Iraq’s key city of Mosul has changed matters for Kurds in Iraq, and the necessity for American policymakers to take stock of the reality of the Kurdistan Region in this “post-Mosul” world.

• A look at the Kurds of Iraq, their history and how the United States has largely spurned a partnership with them. Having been autonomous in Iraq since 1991, the Kurds heeded the aspirations of the United States in 2003 to assist in the removal of the Baath regime of Saddam Hussein, and played by the rules of the game established in the post-2003 period, albeit unwillingly at times. However, they have consistently refused to follow a path that would result in relinquishing the powers they enjoy. They have even taken steps to extend their autonomy to the point of having economic sovereignty within a federal Iraq, thus bringing them into serious dispute with Baghdad and the government of Nouri al-Maliki and earning the rebuke of the United States.

• An examination of how, since 2011, failed U.S. and European policies aimed at healing Iraq’s sectarian and ethnic fissures have contributed to the current situation. By so strongly embracing the concept of Iraq’s integrity as crucial to American interests in the region, key allies and partners have been marginalized along the way.

• Policy recommendations for the United States and its western allies, given that the Kurdistan region now stands on the threshold of restructuring Iraq according to its federal or confederal design, or exercising its full right to self-determination and seceding from Iraq. By ignoring the realities of Kurdish strength in Iraq, U.S. and European powers run the risk of losing influence in the only part of Iraq that can be called a success story, and antagonizing what could be a key ally in an increasingly unpredictable Middle East.