In the Brookings Foreign Policy Brief, “Keeping the South China Sea in Perspective,” Jeffrey Bader, Kenneth Lieberthal and Michael McDevitt outline steps the United States can take to pursue U.S. interests in the South China Sea and mitigate current disputes. Read the overview below and download the full brief for detailed analysis and a complete list of recommendations.

The United States seeks to promote Asia-Pacific economic interdependence and dynamism and to mitigate security tensions in the region. Unfortunately, maritime territorial disputes in the East China Sea and the South China Sea increasingly threaten these dual objectives of U.S.-Asia policy. This policy brief focuses on the South China Sea set of issues. 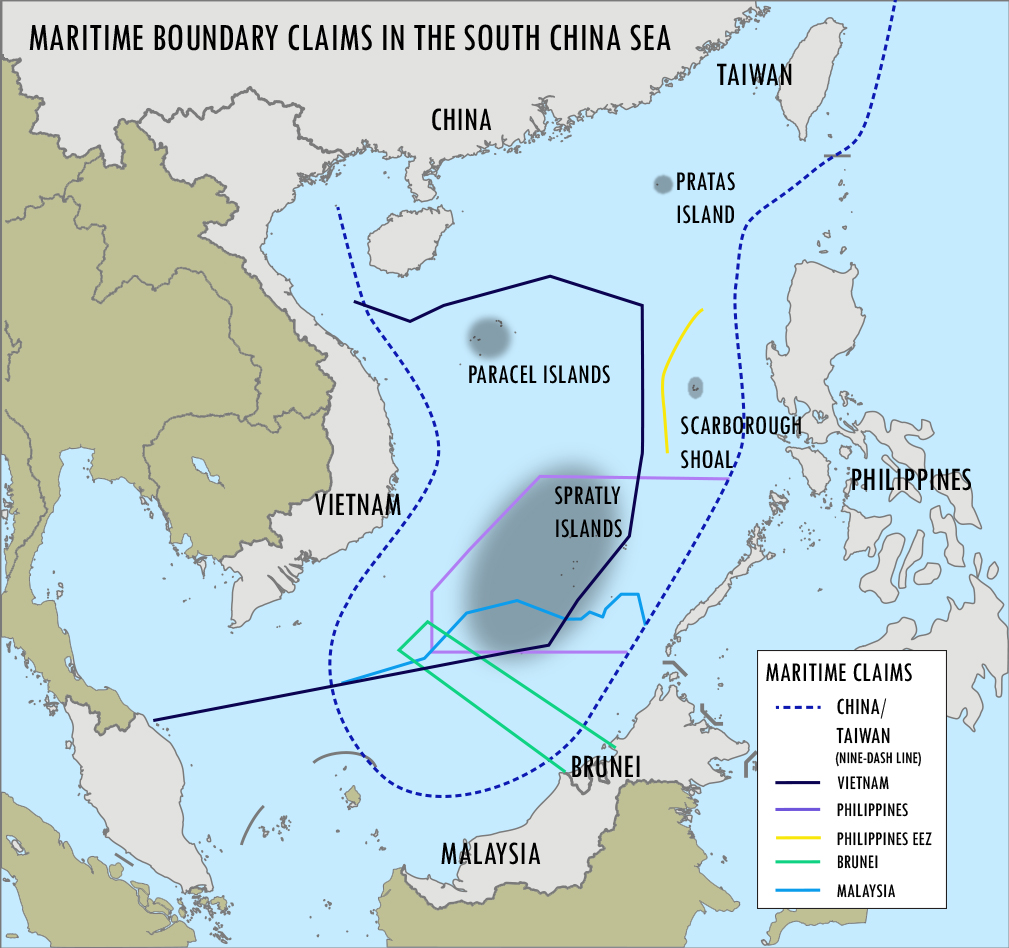 Complex Rivalries and Claims in the South China Sea

The South China Sea disputes pit China against five other claimants—the Philippines, Vietnam, Brunei, Malaysia and Taiwan, many of which have maritime territorial claims that also overlap with each other—and involve a potent mix of:

• Highly emotional territorial claims in a region of rising nationalism.
• Risks of accidental conflict that could escalate.
• Conflicting claims to potentially rich resources.
• Risks to freedom of navigation in exclusive economic zones (EEZs).
• Disputes over the interpretation and applicability of international law, notably the U.N. Convention on the Law of the Sea (UNCLOS).

At the Association of Southeast Asian Nations (ASEAN) Regional Forum meeting in Hanoi in July 2010, Secretary of State Hillary Clinton laid out the principles guiding the U.S. government’s policy toward the South China Sea. A positive U.S. role in the South China Sea is possible building on the principles that Secretary Clinton enunciated in 2010, but only if the implementing diplomatic strategy is forward-looking, comprehensive, disciplined and sound.

Recommendations for a Diplomatic Strategy

The United States should:

• Reiterate its insistence on freedom of navigation and overflight, including in EEZs, for military as well as civilian ships and planes, and act accordingly if challenged.
• Focus its diplomatic strategy on persuading the ASEAN countries and China to:

◦ Adhere to UNCLOS criteria to delineate all South China Sea maritime rights as determined by the relevant land features; and
◦ Negotiate a Code of Conduct that codifies agreed rules, procedures and regulations.

• Ratify the U.N. Convention on the Law of the Sea.
• Call on Beijing to clarify its position on the “nine dash line” consistent with the relevant provisions of UNCLOS. Press Taiwan to provide a similar clarification.
• Be very disciplined in defining the key interests that it would, if necessary, use force to back up.
• Call out all countries, not only China, when they take actions or make threats that violate the spirit of the Declaration of Conduct in the South China Sea.
• Overall, lower the temperature of official public commentary.

Rethinking the constraints to localization of foreign aid