Our Healthcare Metro Monitor Supplement tracks the role of healthcare in economic recession and recovery in the nation’s 100 largest metropolitan areas.

The implementation of the Affordable Care Act and pressures to contain costs, expand access to care and improve health outcomes have focused attention on the healthcare industry. Healthcare is a large, diverse, and growing component of the economy. It employs about 14.5 million people and accounts for 10.3 percent of jobs nationally in occupations that span the education, skills, and earnings continuum. Healthcare jobs are located in nearly every community across the country and in a variety of settings, including hospitals, ambulatory care offices, and skilled nursing facilities. 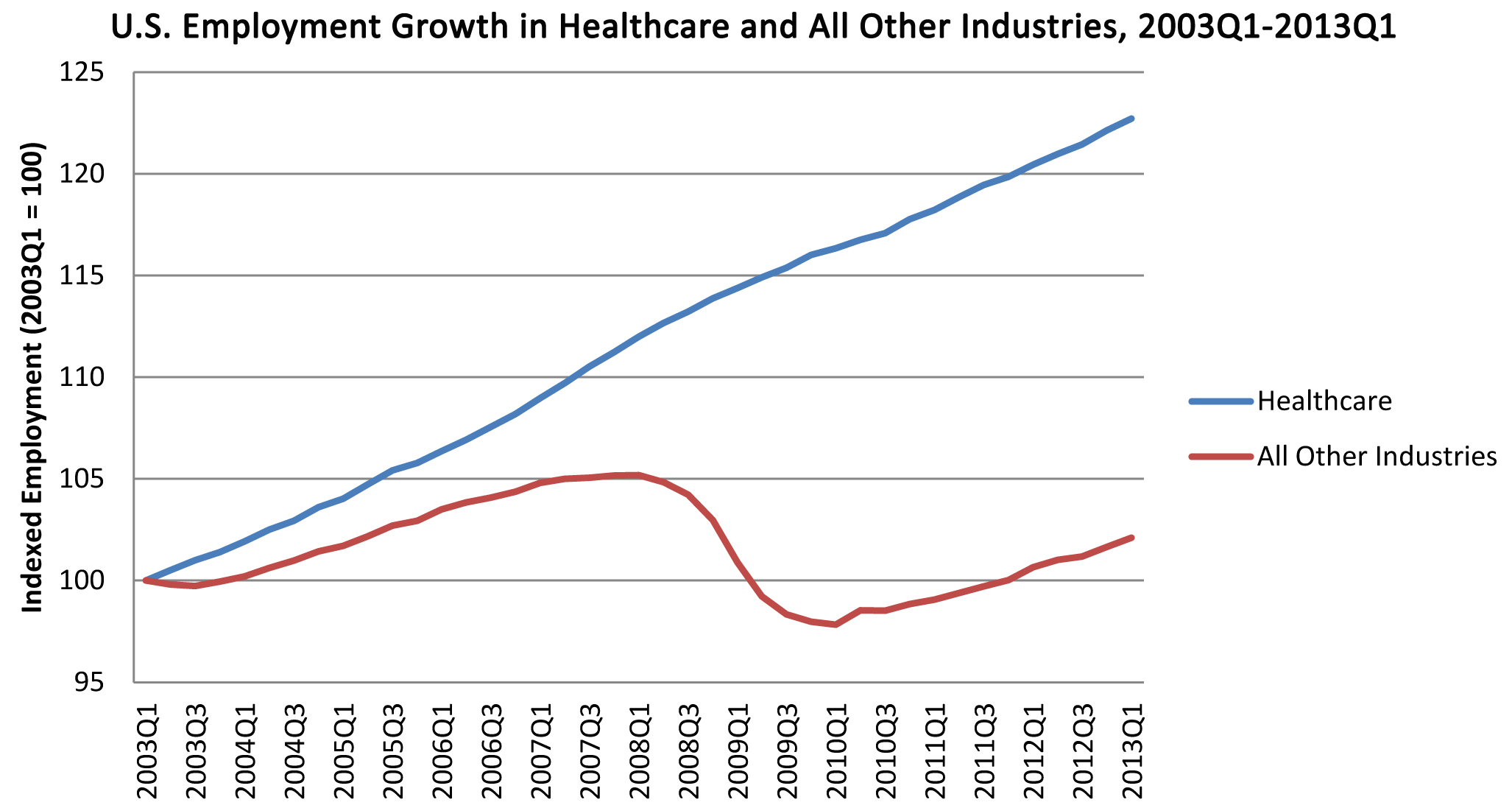 • Across the 100 largest metropolitan areas, the healthcare industry accounts for more than one in every 10 jobs. That share varies from just 7 percent in the Las Vegas metro area to 20 percent in the McAllen, TX metro area. Most healthcare-intensive metro areas are found in the Northeast and industrial Midwest, and in areas of Florida with large senior populations. 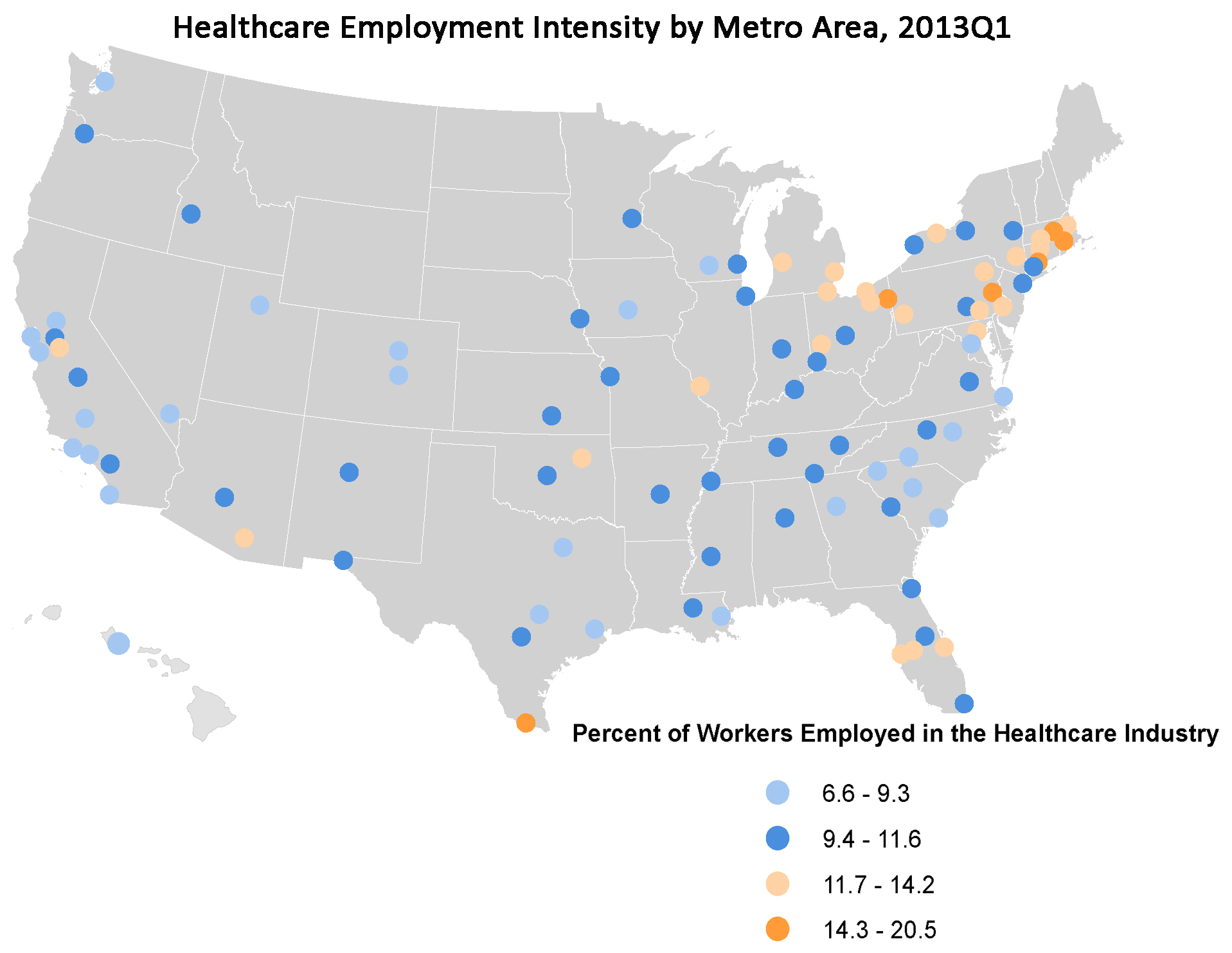 
• Wages for healthcare workers vary among occupation types and across metro areas. Practitioners have the highest earnings among healthcare workers and earn nearly double the average worker across all metropolitan areas. Healthcare technologists show considerable variation in their earning power across metro areas, earning more than the average worker in 35 of the 100 largest metro areas. Healthcare support workers, on the other hand, earn 37 percent less on average than all workers in large metropolitan areas. On average, healthcare wages track general wage levels in a metro area.