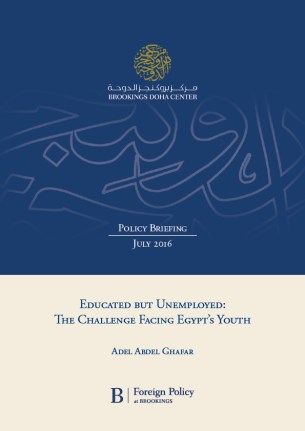 Millions of Egyptians took to the streets in January 2011 chanting “‘ish, hurriyya, ‘adalah ijtima‘iyya,” or bread, freedom, and social justice. This simple chant captured protestors’ desire for a new Egypt defined by economic, political, and social change. Five years later, however, the attainment of those demands seems more elusive than ever. In the economic sphere, Egypt still faces the major challenge of high unemployment, particularly among educated youth. Why do so many of Egypt’s young university graduates struggle to find employment?

In this policy briefing, Adel Abdel Ghafar analyzes the roots of Egypt’s youth unemployment crisis, starting with the structural issues plaguing the country’s educational system. He then examines other contributing factors including neoliberal economic reforms, gender inequality, and the lack of entrepreneurship. Abdel Ghafar warns that failing to address the unemployment issue will increase the likelihood of another uprising.

Abdel Ghafar thus argues that the Egyptian government must urgently undertake reforms and devote extensive resources to dealing with youth unemployment. Specifically, he recommends ways in which Egypt can revamp public university funding, promote vocational training, stimulate entrepreneurship, and increase the participation of women in the workforce. 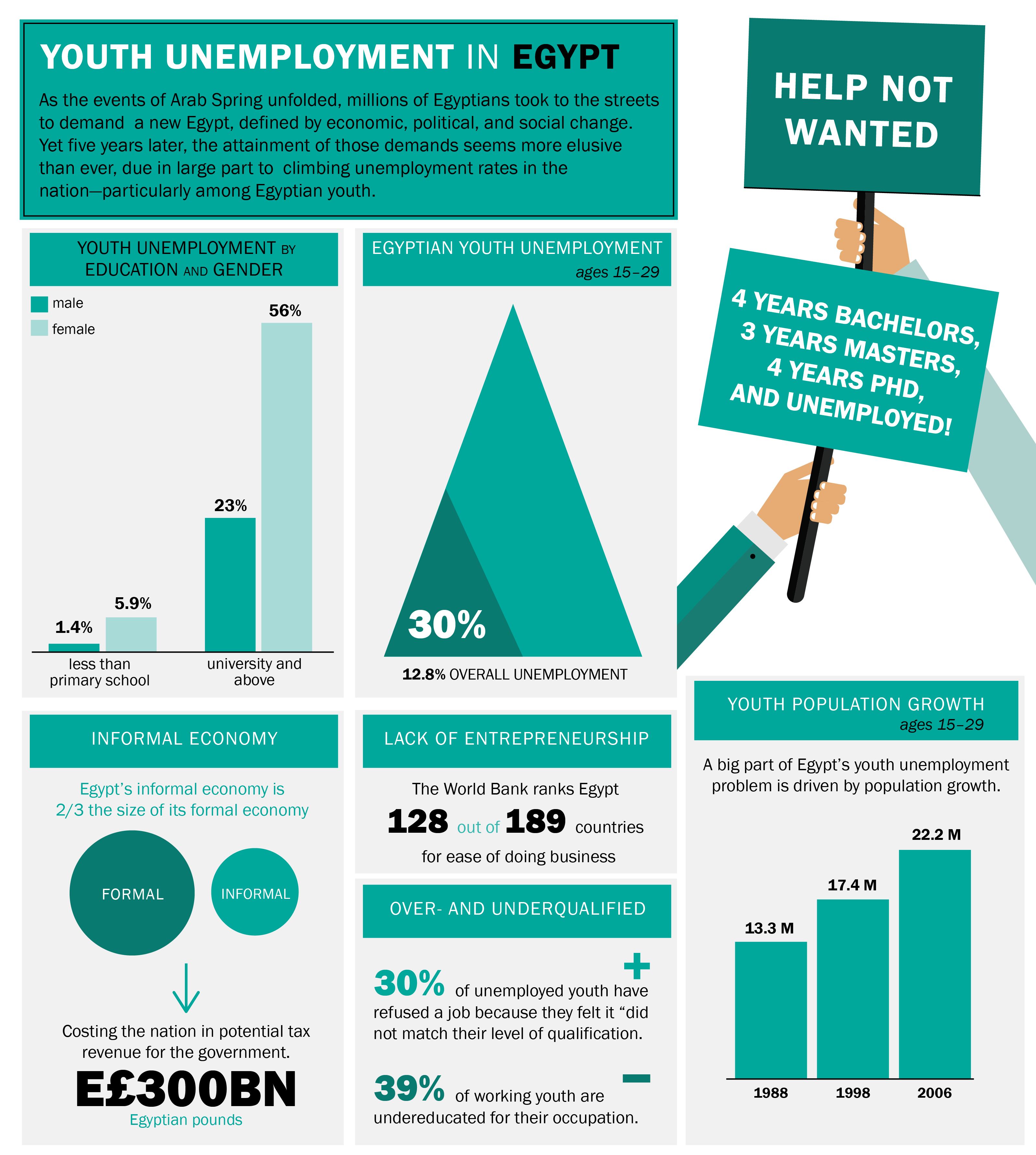 To create systems change in education, shift away from a ‘project mentality’

Preparing youth for the future of work: What can we learn from Jordan?