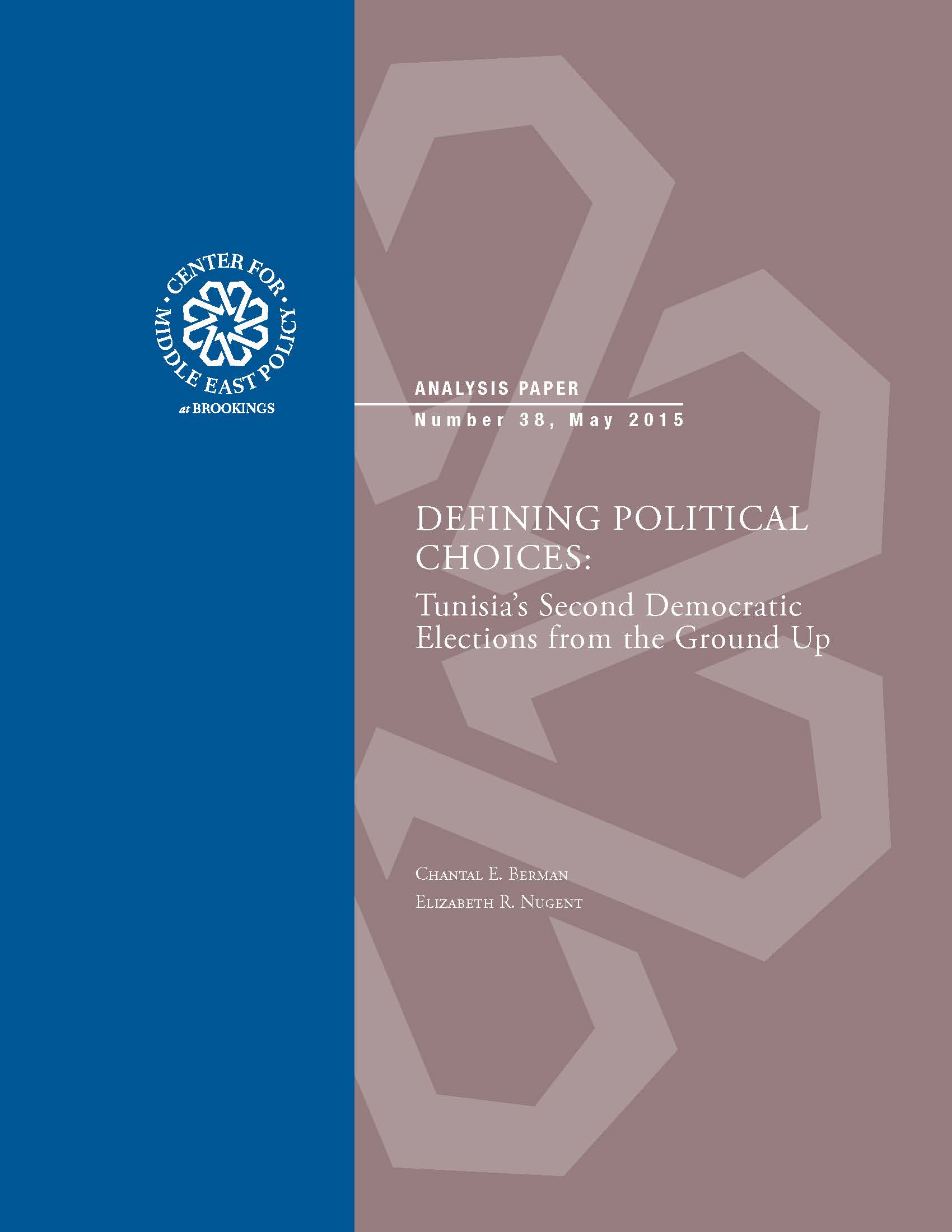 Though the electoral results showed a majority of ballots cast for two parties, the diversity of electoral options available to voters speaks both to the vibrancy of Tunisia’s political life as well as to the surfeit of social, ideological, and economic divides facing the Arab Spring’s lone “success story.” In this paper, Chantal E. Berman and Elizabeth R. Nugent explore Tunisia’s second elections using unique survey data to focus their inquiry on those political actors that democratization seeks to empower— voters. With challenges ranging from border security to employment, how do Tunisian voters decide how to cast their ballots? And to what extent do the policy programs of Tunisian parties mirror the views and commitments of their constituents?

Tunisia’s new constitution will only worsen its political crisis