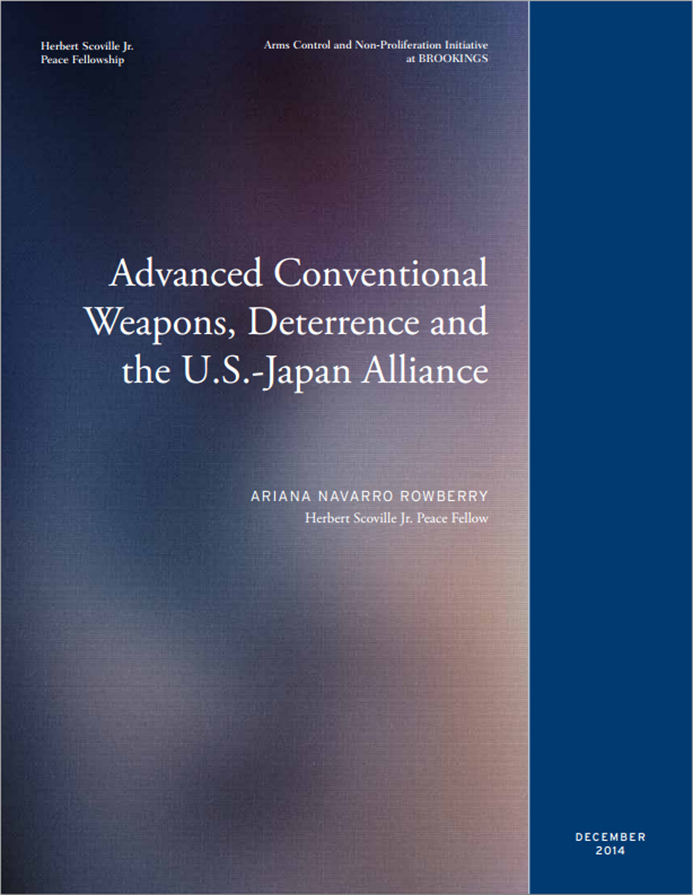 The report begins with an overview of the alliance, examining the various components of the extended deterrent, including nuclear, conventional and political deterrence. Next, it examines the evolving security environment in Northeast Asia and suggests that advanced conventional weapons could have an increased role in responding to the altered environment. The report then analyzes the costs and benefits of the potential contribution of Japanese conventional weapons systems to the U.S.-Japan alliance.

Rowberry concludes that the United States and Japan should engage in deeper consultation via existing consultative forums, and actively explore the potential role of advanced conventional weapons systems in the U.S.-Japan alliance. Presently, because of high political costs and technological challenges, she suggests that Japan should not consider developing an indigenous conventional strike capability. However, in the long-term, it could be advantageous for Japan to acquire a conventional strike capability, particularly if the security environment in Northeast Asia becomes increasingly unstable.