In an effort to reduce costs and increase quality of service, the government has provided over $26 billion in economic incentives to promote the adoption of health information exchange (HIE) platforms among medical providers. The full implementation of electronic health records is estimated to save consumers and providers over $77 billion per year. However, medical providers must overcome barriers to interoperability that have prevented widespread adoption.

To address the interoperability problem, Yaraghi proposes a business model in which economic incentives of different entities in the health care market would lead them to actively engage in exchanging heath information. In the paper, Yaraghi outlines a business environment in which health information exchange platforms can generate substantial revenue from two sources: (1) real-time data services to different health care providers and (2) asynchronous data analytics and customized reports. The revenue generated from these sources would be used to finance the operational costs of an interoperable heath information network. 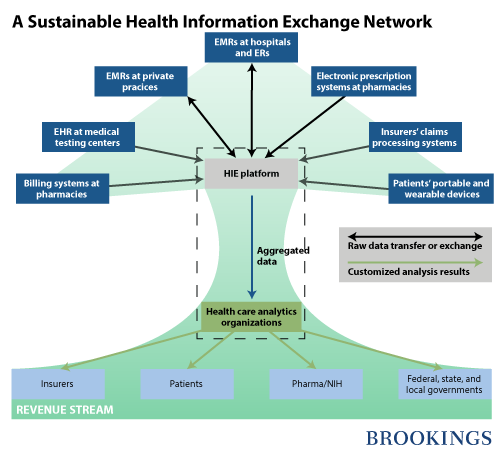 The unique feature of the proposed model, Yaraghi writes, is its self-sufficiency. To be able to operate in such a business model, the HIE platforms will furthermore not depend on federal and state financial support.

Rulemaking in privacy legislation can help dial in ad regulation