Many Democratic presidential candidates would raise taxes on the wealthiest Americans to reduce inequality, fund programs benefitting lower income households, and mitigate the amount of dynastic wealth in the U.S. However, those who disagree with these proposals argue they will have negative consequences, including less investment, slower economic growth, and more creative tax avoidance.

Several Democratic presidential candidates propose to raise taxes on the rich to raise money both to pay for their spending agenda and to reduce income inequality. They argue that the people who have benefited the most in recent years should bear the burden of the cost of programs that help the rest of the population. In light of the widening gap between economic winners and losers, they would use the tax code to reduce inequality more aggressively than today’s tax code does, and they devote some of the revenues to fund programs that benefit less well-off Americans. They also point out that the average tax rate paid by people at the top has fallen. Opponents say the rich already pay at least their fair share of federal taxes, and warn that raising taxes will have unwelcome side effects on the economy such as less investment and slower economic growth.

What do we mean when we talk about rich Americans? There are the well-off: About 9% of the households in the U.S. have income greater than $200,000, and they get almost 45% of all pre-tax income, according to the Tax Policy Center. And then there are the really rich: the top 0.4% of households—about 700,000 in all—have incomes above $1 million a year and get 13% of all pre-tax income. Since the 1980s, those at the very top have enjoyed faster growing incomes than the rest of the America. The Congressional Budget Office estimates that the best-off 1% of American households (average annual income $1.8 million in 2016) saw their inflation-adjust incomes before taxes nearly triple between 1979 and 2016; the next best-off 9% saw theirs grow by 75% while everyone else saw their pre-tax incomes rise by 33%.

The rich generally pay more of their incomes in taxes than the rest of us. The top fifth of households got 54% of all income and paid 69% of federal taxes; the top 1% got 16% of the income and paid 25% of all federal  taxes, according to the CBO. Some people argue that inequality is not as bad as some accounts suggest because they don’t take into account “transfer payments”—government benefits such as Social Security, food stamps, and the like—that are designed to help lower-income folks more than upper-income folks. Still, as the chart here shows, even after accounting for all federal tax and benefit programs, incomes of the top 20% rose faster than those of the rest of the population. And the after-tax-and-transfers income of the top 1% rose by 226% between 1979 and 2016, nearly five times faster than the incomes of people in the middle of the income distribution.

So if we wanted to raise taxes on the rich, how might we do it? Here are brief descriptions of a few of the proposals being discussed in the 2020 campaign:

Couples with taxable incomes (that is, after deductions) of $612,000 or more currently face a 37% tax rate on each additional dollar of income; those with incomes between $408,000 and $612,000 face a 35% marginal tax rate. In the several decades, that top marginal tax rate has fallen from 50% in 1986 to 28% in 1988 and risen as high as 39.6% just a couple of years ago. Democratic candidates often propose undoing the 2017 Tax Cuts and Jobs Act or otherwise raising the income tax rate on the best-off Americans. Raising the tax rate by one percentage point on the top two brackets would raise about $125 billion over 10 years, according to the Congressional Budget Office. Some Democrats talk of raising the top tax rate as high as 70%.

Advocates of raising the tax rates by one point see it as an administratively simple act that the top earners in the U.S. wouldn’t really feel that much, and that would result in a more progressive—and revenue-producing—tax code than we have today.

Opponents of raising the tax rates hold that higher tax rates can reduce the affected taxpayers’ incentive to work and save. They also can encourage taxpayers to shift income from taxable to nontaxable or tax-deferred forms (by substituting tax-exempt municipal bonds for other investments, for example, or by opting for more tax-exempt fringe benefits instead of cash compensation).

Impose a tax on wealth

Income is different from wealth. Income is what you earn from your labor each year as well as interest, dividends, capital gains, and rents (if you’re lucky enough to have any). Wealth is the value of the things you own, such as stocks, bonds, houses, etc. The federal government taxes income, but generally doesn’t tax wealth except when someone makes a profit on the sale of assets, such as a share of stock or a piece of property. The Federal Reserve estimates that the top 1% holds slightly more wealth (31.1%) than entire the bottom 90% of the population (29.9%), and their share has rising been over time.

Senator Elizabeth Warren’s proposal would impose a 2% annual tax on households with a net worth of more than $50 million, and a 3% tax on every dollar of net worth over $1 billion. A family worth $60 million, for instance, would owe $200,000 in wealth tax on top of their income taxes. The developers of this tax, Emmanuel Saez and Gabriel Zucman of the University of California at Berkeley, estimate that 75,000 households—or about one out of 1,700—would pay the tax.

Advocates say a wealth tax would dilute the largest fortunes in the U.S. and restrain the emergence of a plutocracy. It could encourage the wealthy to dissipate their fortunes by spending the money, giving it to charity, or giving it to their children to avoid the tax. But even so it would still raise a lot of money. Saez and Zucman say Warren’s tax would yield $2.75 trillion over 10 years. Critics, including former Treasury Secretary Larry Summers, say that’s a substantial overestimate.

Opponents say that a wealth tax could discourage or penalize the most successful entrepreneurs, not just old money. And they say these sorts of taxes are hard to administer—the IRS would have to value art collections and antiques, for instance—and would spur creative tax avoidance. In 1990, a dozen countries in the Organization for Economic Cooperation and Development had wealth taxes. Today, only three do—Norway, Spain and Switzerland. Opponents also note that wealth taxes often don’t meet the redistributive goals their proponents envision, drawing on a 2018 OECD report.

The estate tax is levied on the assets of the very best-off Americans when they die. The Tax Cuts and Jobs Act increased the level at which the federal estate tax kicks in so that the tax—at a rate of 40%—applies only to estates over $11.2 million. Only two of every 1,000 people  are wealthy enough to trigger the tax when they die, or about 1,900 estates in 2018, according to the Tax Policy Center. Only 80 small farms and small businesses (defined as estates with farm or business assets of more than $5 million that make up at least half of the estate) paid the estate tax in 2017, again according to the Tax Policy Center. Estate and (related) gift taxes brought the government about $19 billion in 2019, only 0.5% of all federal revenues.

One proposal would lower the threshold to estates worth $3.5 million (where it used to be) and impose graduated taxes depending on the size of the estate from 45% up to 65%. It would raise more than $300 billion over 10 years. Advocates of an estate tax hold that it is a good way to avoid dynastic wealth in the U.S. and make the U.S. a fairer place where merit matters more and the net worth of one’s parents matters less. As the wealthy get wealthier, they say, a stronger estate tax is increasingly important.

Opponents argue that the truly wealthy find ways to avoid the estate tax with high-priced lawyers and accountants before they die, and that the tax is simply unfair to those who want to pass along their hard-earned assets onto children—such as successful small business owners or independent investors, for instance. A tough estate tax can penalize people who invest in high risk, high-reward ventures that produce innovation and prosperity.

When someone dies with stocks, property or other assets that are worth more than he or she paid for them, the heirs do not have to pay capital gains taxes on those profits.  No one does; the profits go completely untaxed. (In the tax world, this is known as “a step-up in basis”)  Former Vice President Joe Biden, among others, has proposed taxing these profits. Heirs would have to pay tax when they sell the assets they inherit.

One option is to raise the ceiling to $285,000 and adjust it annually so 90% of earnings are taxed, with an increase in the Social Security benefits these workers get in retirement. According to the Congressional Budget Office, this would raise $805 billion over 10 years. Advocates of lifting the cap say it will shore up Social Security finances so it can continue to pay all promised benefits beyond 2034, the year that Social Security trustees say the trust fund will run dry. Advocates also point to the fact that it would only affect higher-paid workers.

Opponents say this would cut cash wages to the affected workers—the more taxes an employer pays the less it will be willing to pay in cash wages, economists say. It also reduces higher-income Americans’ incentive to work while increasing incentives for employers to provide more untaxed benefits instead of cash wages. 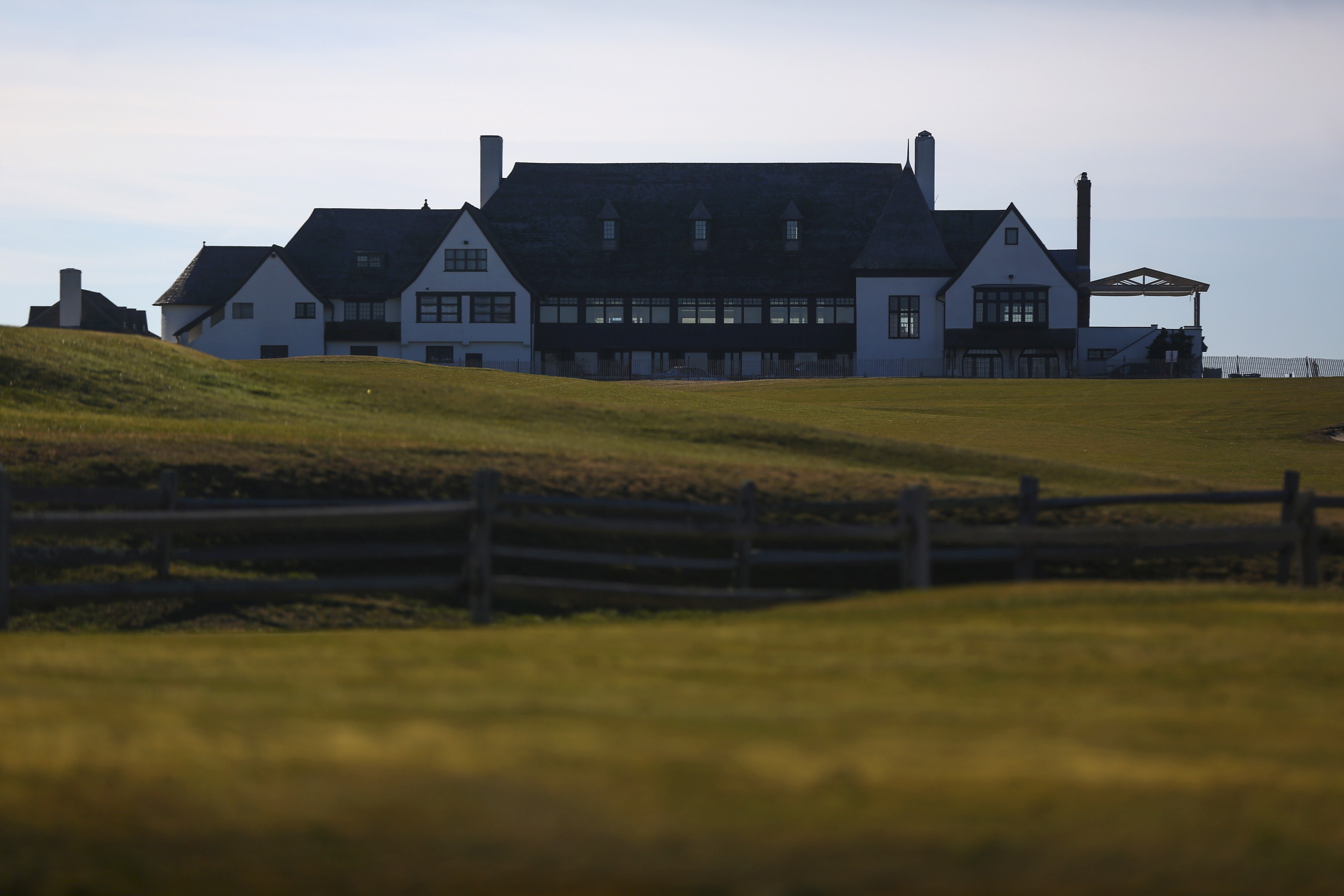 Estimating the economic impact of a wealth tax

Emmanuel Saez and Gabriel Zucman’s paper, “Progressive Wealth Taxation,” provides two important contributions to a policy question about which there continues to be disagreement. First, the paper adds to the body of research documenting the substantial increase in wealth inequality in the U.S. over the past 40 years. Second, the paper provides policymakers with detailed steps […] 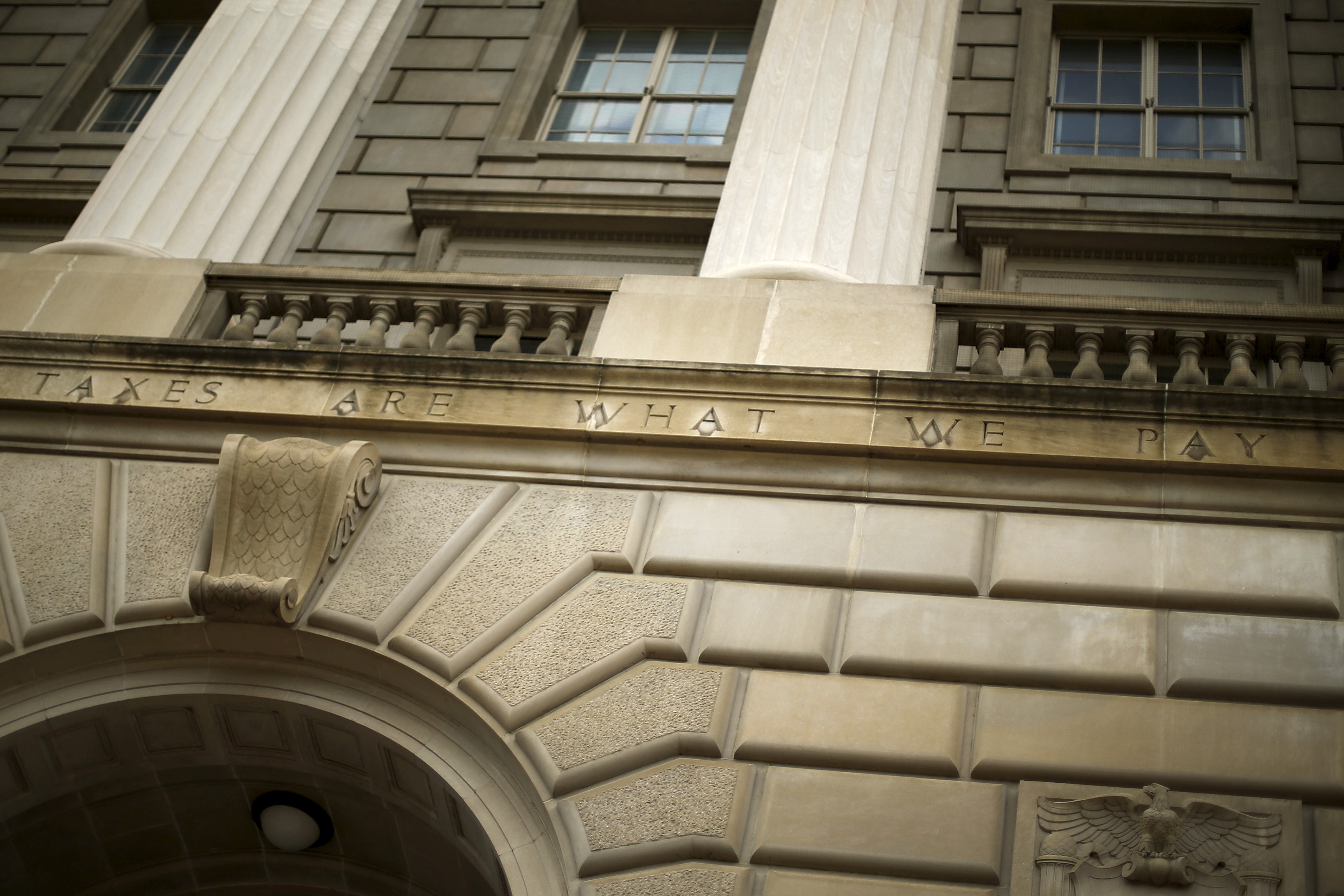 Americans want the wealthy and corporations to pay more taxes, but are elected officials listening?

Economic inequality is on the rise in the United States and has been for the past 40 years. Prominent Democrats have offered several proposals to curb inequality by taxing those at the very top. Senator Elizabeth Warren has proposed a wealth tax of two percent on those holding more than $50 million in wealth and […] 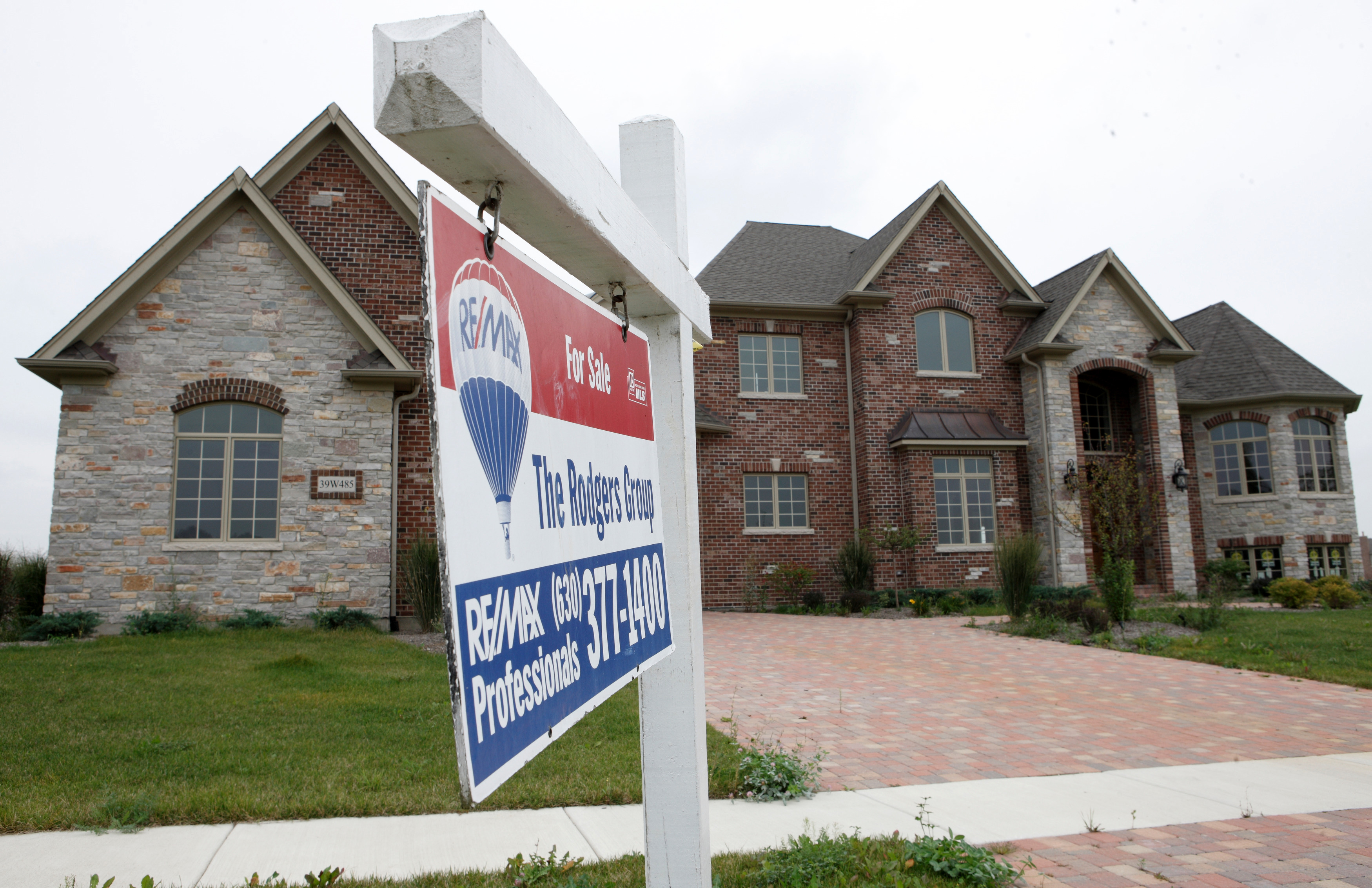 On Wednesday night, the first of the 2020 Democratic debates will take place with ten candidates vying for the national spotlight. Senator Elizabeth Warren, one of the leading contenders for the nomination, will take the stage. She has proposed a wealth tax on the richest Americans, sparking intense debate about wealth inequality in the United […] 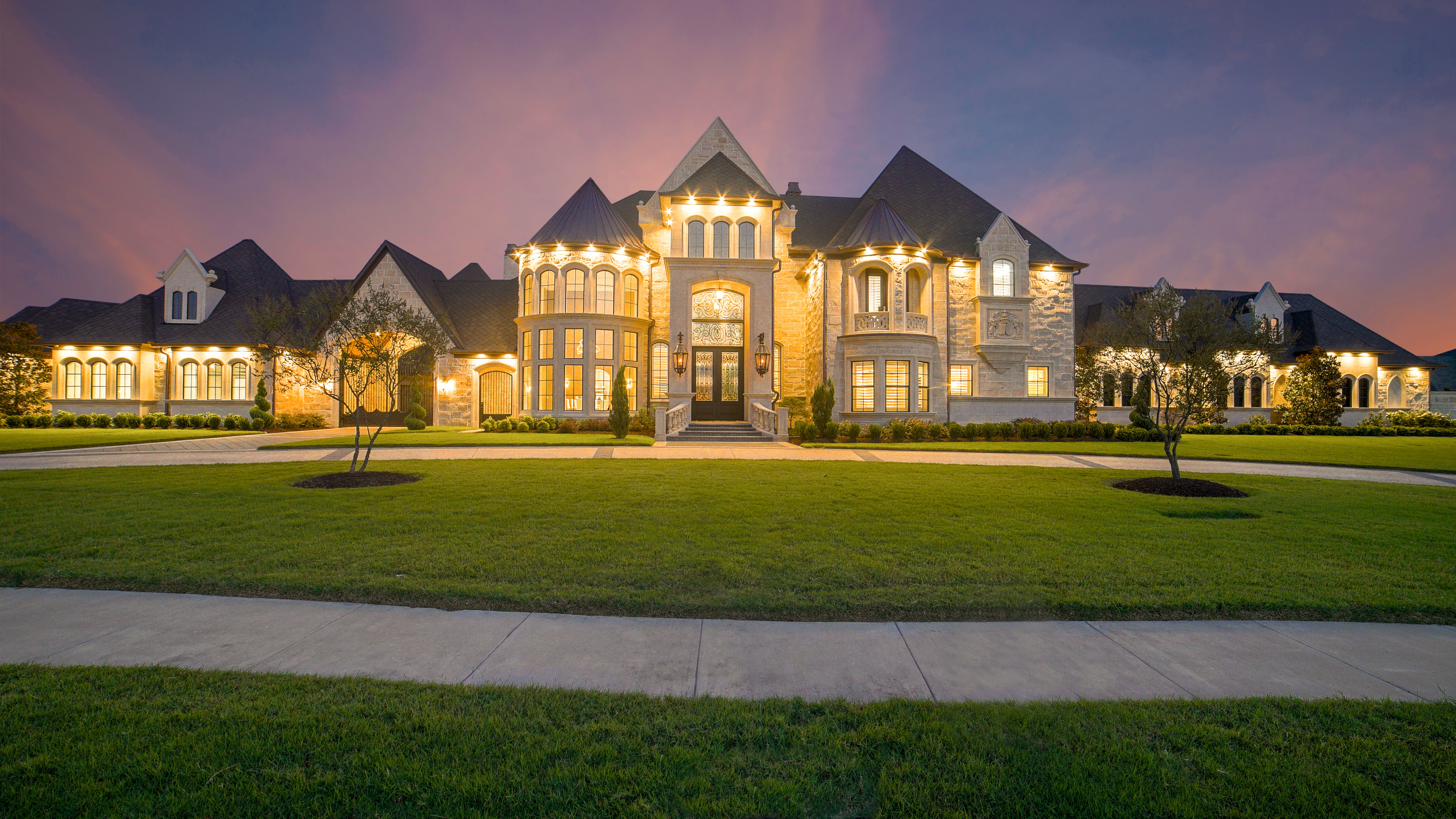 Putting a tax on wealth means we first must measure it 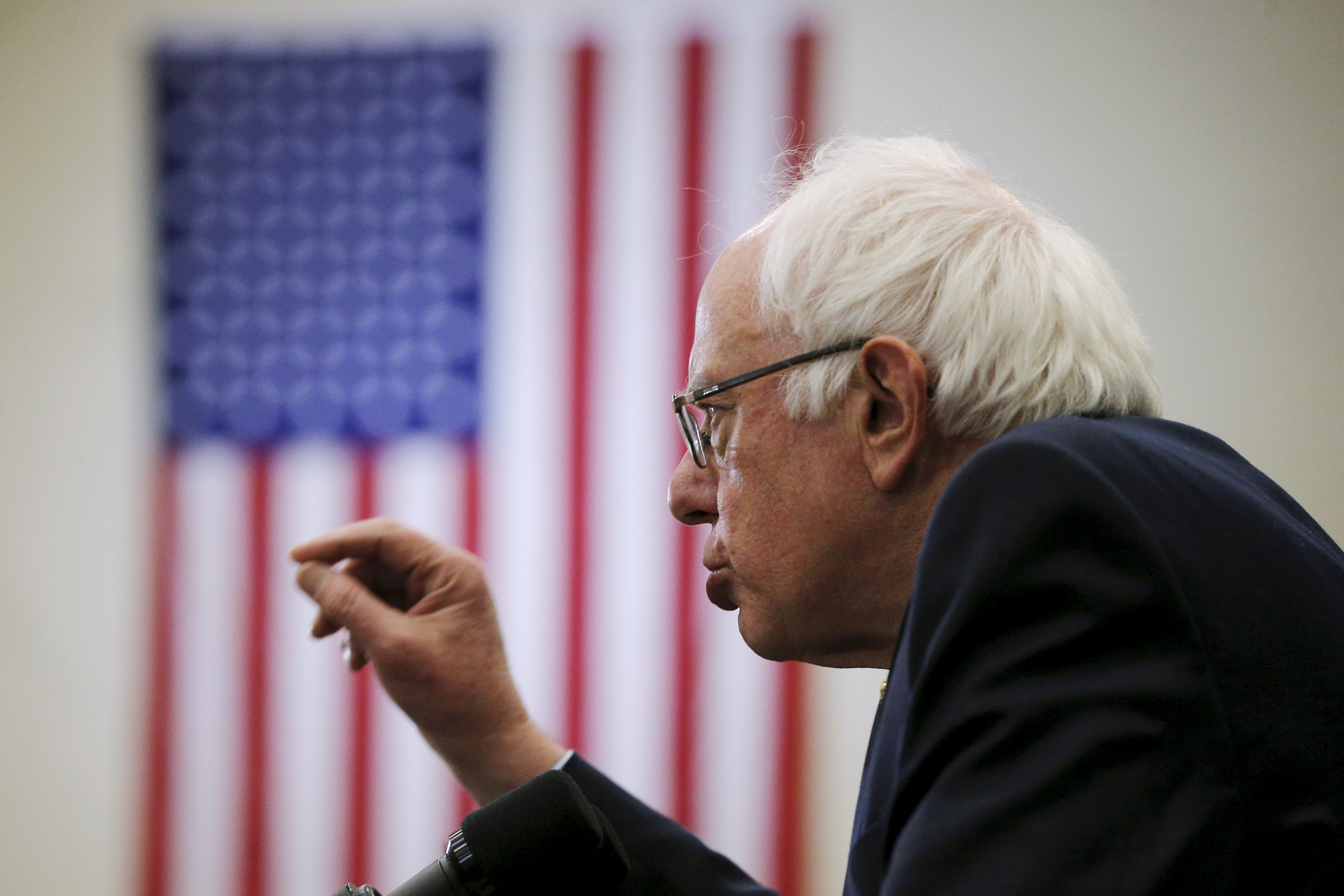 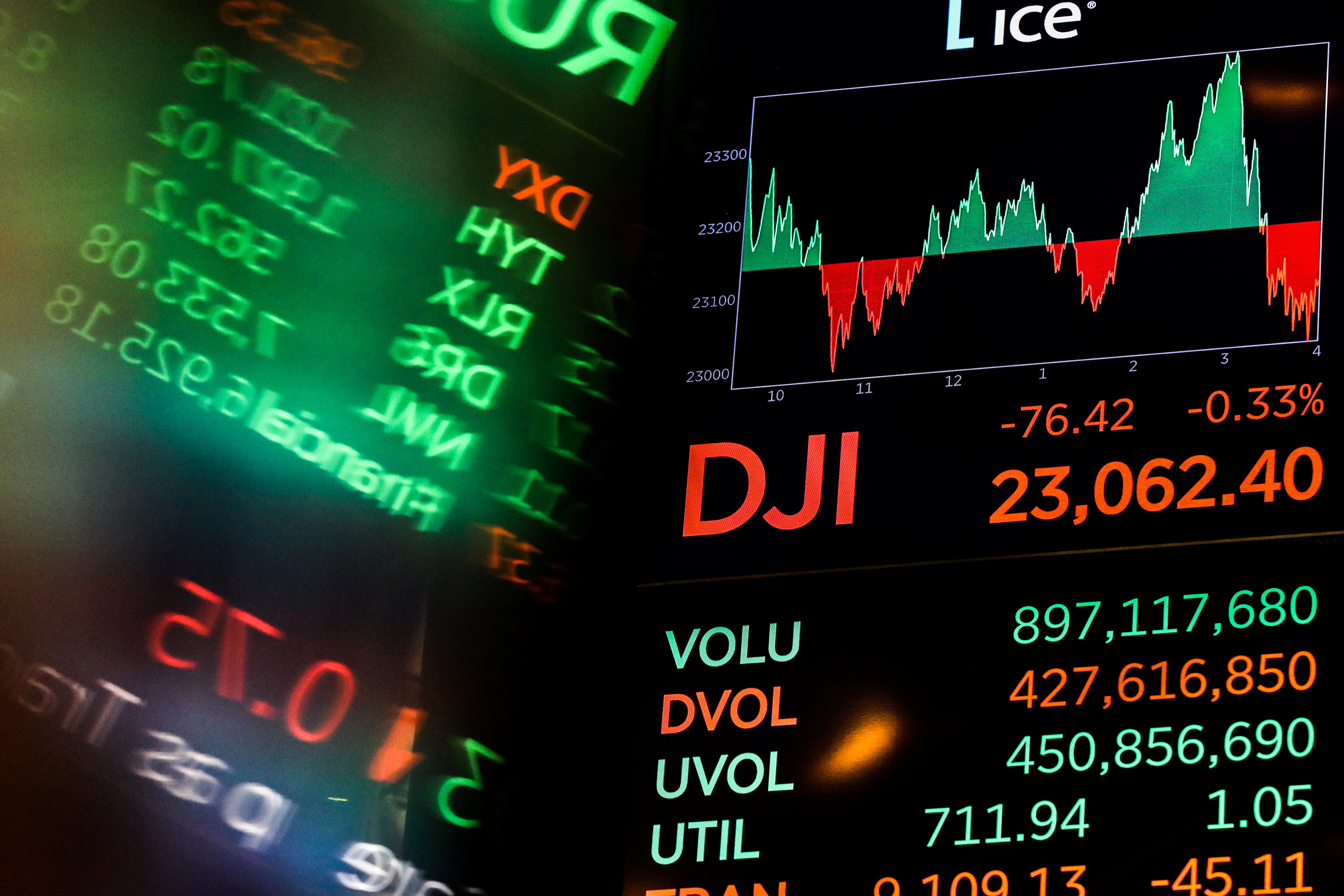