A version of this Voter Vital was first published in October of 2019. It was updated in July of 2020 to reflect changes due to the COVID-19 pandemic.

Even before the pandemic, the federal deficit was large by historical standards and projected to rise. The sharp recession and the spending increases that Congress and the president approved in response has made the deficit even bigger.  Big deficits mean a growing federal debt—the total the government owes—already at its highest point since World War II. Extraordinarily low interest rates allow the U.S. to shoulder a heavier debt burden, but the debt is on an unsustainable course and its size may limit the government’s ability or willingness to continue to fight the economic ill effects of the pandemic or future economic downturns.

What is the budget deficit?

When the coronavirus pandemic hit in early 2020 and the government ordered a lockdown of much of the economy, Congress responded with substantial spending to ease the pain. The combination of the deep recession (which automatically leads to less tax revenue and more spending on programs like Medicaid and food stamps) and the spending Congress appropriated in response to the pandemic increased the deficit significantly. The Congressional Budget Office projected in April 2020 that the deficit for Fiscal Year 2020 will be at least $3.7 trillion, or 17.9% of projected GDP, and it could be even larger if Congress approves more spending increases or tax cuts in light of the pandemic.

Is that considered a large deficit?

Yes. By any measure, the projected 2020 deficit is very large. Deficits over the last 50 years have averaged just 3% of GDP. Even during the Great Recession, the largest deficit recorded (in Fiscal Year 2009) was just 9.8% of GDP. Even though the economy was reasonably strong before the pandemic hit, the deficit was already elevated by historical standards, largely because of the big 2017 tax cut. The COVID-19 recession and the congressional response to it have caused it to balloon.

What is the debt?

The debt is the total the U.S. government owes—the sums it borrowed to cover last year’s deficit and all the deficits in years past. Each day that the government spends more than it takes in, it adds to the federal debt. When the fiscal year ended on September 30, 2019, the federal government owed $16.8 trillion to domestic and foreign investors. (This measure of debt, known as “debt held by the public,” includes the Treasury securities held by the Federal Reserve, but not those held by the Social Security trust funds.) By the middle of June 2020, this measure of the debt was up to $20.3 trillion. To see the very latest tally, check the Treasury’s “The Debt to the Penny” website.

Measured against the size of the economy, the debt was around 35% of GDP before the Great Recession of 2007–09 and had risen to nearly 80% of GDP right before the pandemic. It’s headed to around 100% of GDP by the end of Fiscal Year 2020 on September 30, and—barring a major change in tax or spending policy—it will keep rising after that to levels never before seen in U.S. history. (The record was set during World War II in 1946, at 106.1% of GDP.)

Is debt at that level a problem?

For now, it isn’t. The U.S. government borrows trillions of dollars a year at very low interest rates on global financial markets, and there doesn’t appear to be much private sector borrowing that is crowded out by U.S. Treasury borrowing right now. Indeed, the fact that global interest rates remain very low while governments around the world are borrowing heavily to fight the COVID-19 recession suggests that there is still a lot of savings around the world, more than is needed to finance private investment.

No one really knows at what level a government’s debt begins to hurt an economy; there’s a heated debate among economists on that question. If interest rates remain low, as currently anticipated, the government can handle a much heavier debt load than was once thought possible. And the recent increase in borrowing—while enormous—is a temporary increase intended to combat an emergency; it changes the level of the debt, but not its long-run trajectory.

There was a lot of concern that the size of the debt would limit the amount of flexibility the U.S. government had if it confronted a financial crisis or a deep recession and wanted to borrow heavily, as it did during the Great Recession. As it turned out, the U.S. government was able to borrow readily during the pandemic. But even if the government can continue to borrow at low interest rates, politicians may be reluctant to do so because they’ve already borrowed so much.

What role does the Federal Reserve play in financing the federal debt?

As part of its efforts to keep the economy growing in the face of near-zero short-term interest rates, the Federal Reserve has been buying lots of U.S. Treasury debt in the secondary market (as opposed to buying directly from the Treasury.) That makes it easier for the Treasury to increase its borrowing without pushing up interest rates. Between mid-March and late June 2020, the Treasury’s total borrowing rose by about $2.9 trillion, and the Fed’s holdings of U.S. Treasury debt rose by about $1.6 trillion. In 2010, the Fed held about 10% of all Treasury debt outstanding; today it holds more than 20%.

Yes, but the recent increases in Treasury borrowing have come at a time of very low interest rates. Rates on long-term U.S. Treasury debt in the markets were low even before the COVID-19 pandemic, and they have fallen further since. In late June, the Treasury was borrowing for 10 years at an interest rate of below 1%—0.625%, to be precise. In fact, in the first nine months of the fiscal year (from October 2019 to June 2020), the government’s interest outlays were 10.5% lower than in the same months of the previous fiscal year, even though government borrowing was up.

Even at low rates, the government spent about $260 billion on interest in the first eight months of the fiscal year, roughly equal to the combined spending of the Departments of Commerce, Education, Energy, Homeland Security, Housing and Urban Development, Interior, Justice, and State. And, of course, if interest rates rise, the government’s interest tab will go up.

What about the debt ceiling?

Congress has always restricted federal borrowing. Before World War I, Congress often authorized borrowing for specific purposes and specified what types of bonds the Treasury could sell. That gave way to an overall ceiling on federal borrowing in 1917, which Congress has raised repeatedly, often with a lot of political controversy. “Increasing the debt limit does not authorize new spending commitments,” former Treasury Secretary Jack Lew once said. “It simply allows the government to pay for expenditures Congress has already approved, thereby protecting the full faith and credit of the United States.” In August 2019, as part of a bipartisan budget deal that raised spending levels, Congress suspended the debt limit for two years. On August 1, 2021, the debt limit will be reinstated at a level covering all borrowing that occurred during those two years.

What about the future?

If current policies persist without change—a big “if”—the Congressional Budget Office projects that deficits and the debt (as a percentage of GDP) will rise as more Americans become eligible for Social Security and Medicare, as health care costs continue to increase faster than the economy, and as interest rates rise to more normal levels. By 2030, the debt is headed toward 118%, according to recent private sector projections. And while the recent increases in debt seem quite manageable, the federal debt cannot grow faster than the economy indefinitely. Eventually, private borrowing will be crowded out if the government’s debt continues to grow, and interest rates will rise. At some point, action will have to be taken to rein in the deficit, but we may be a long way from that point. 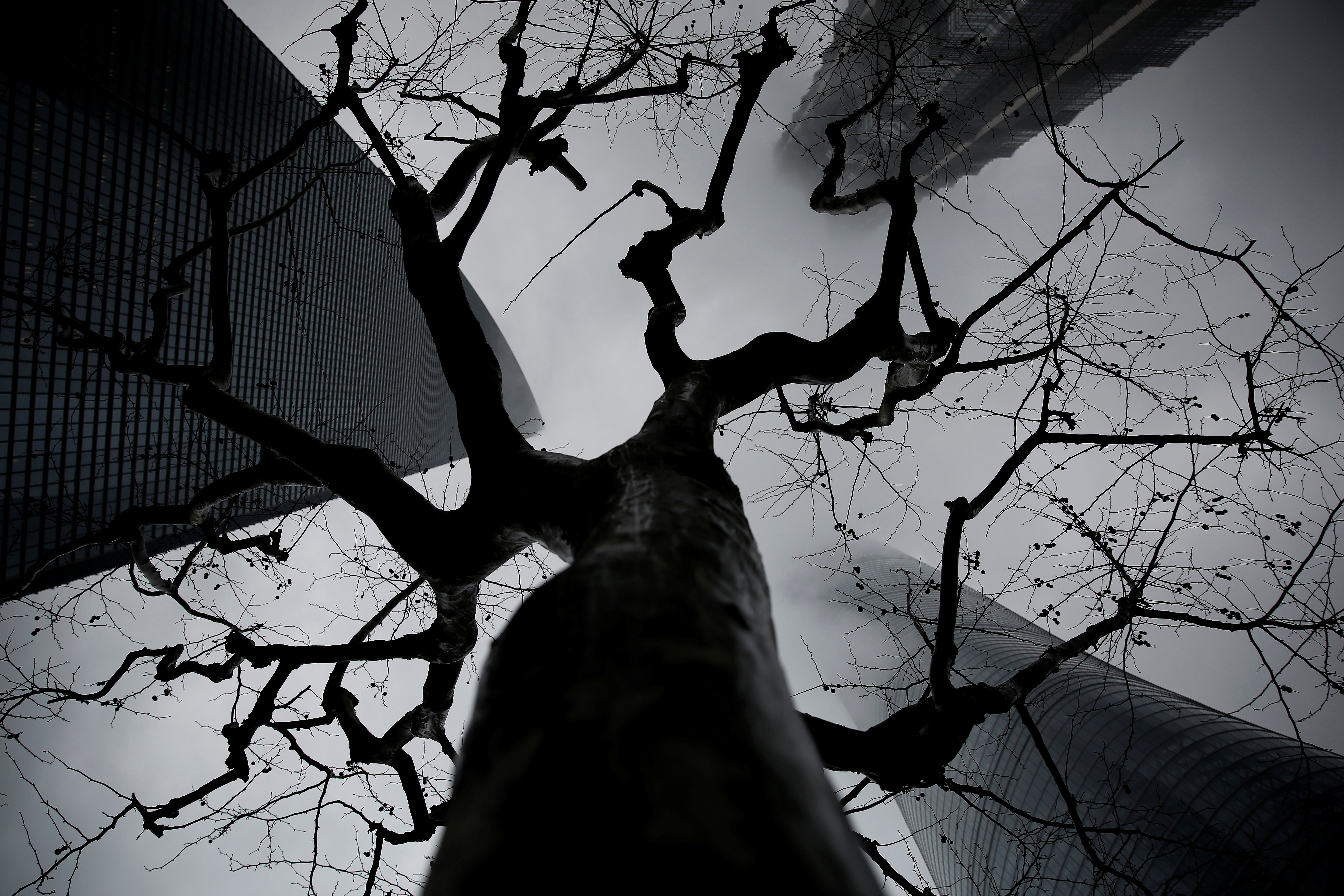 Fiscal space and the aftermath of financial crises: How it matters and why 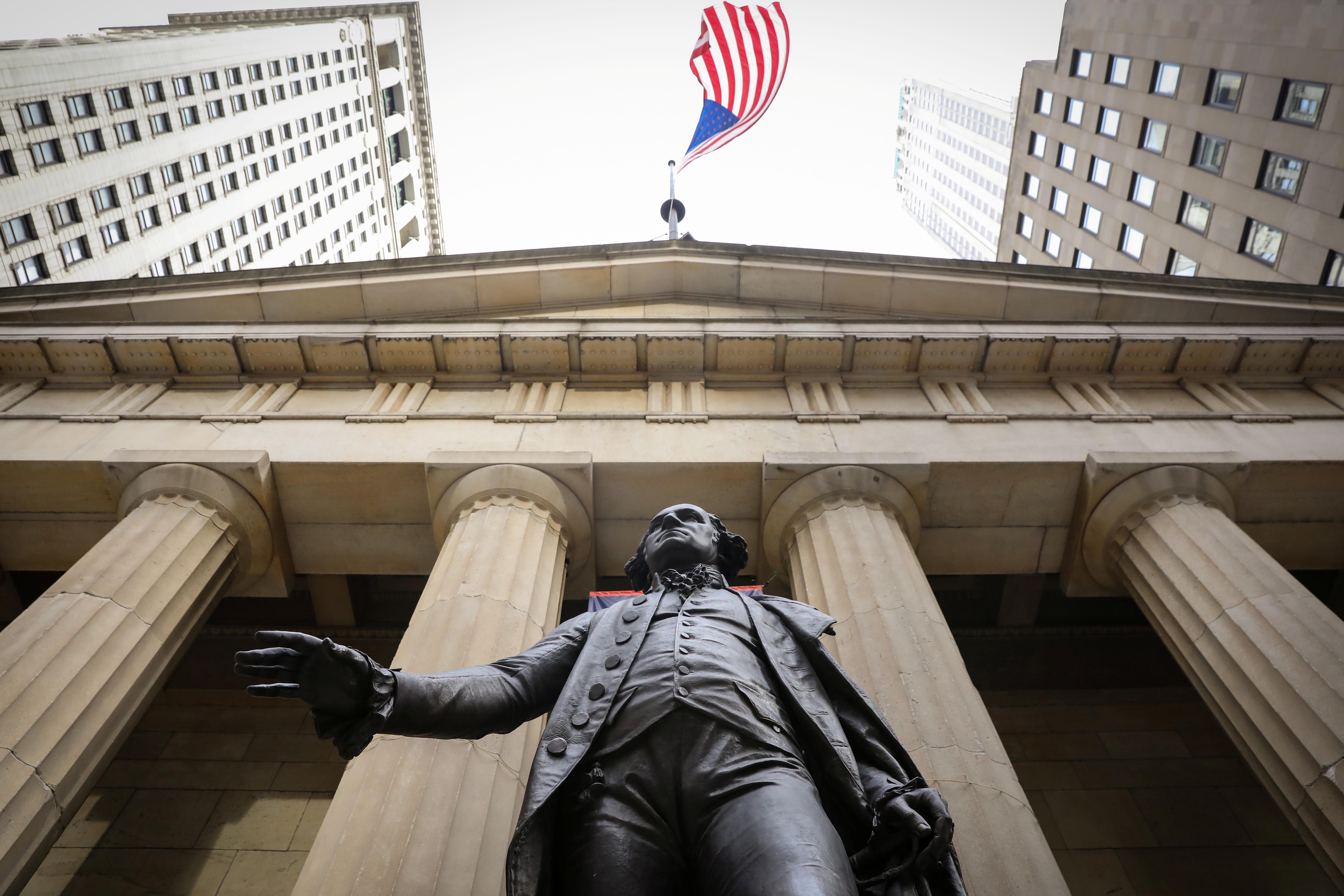 Fiscal therapy: 12 framing facts and what they mean 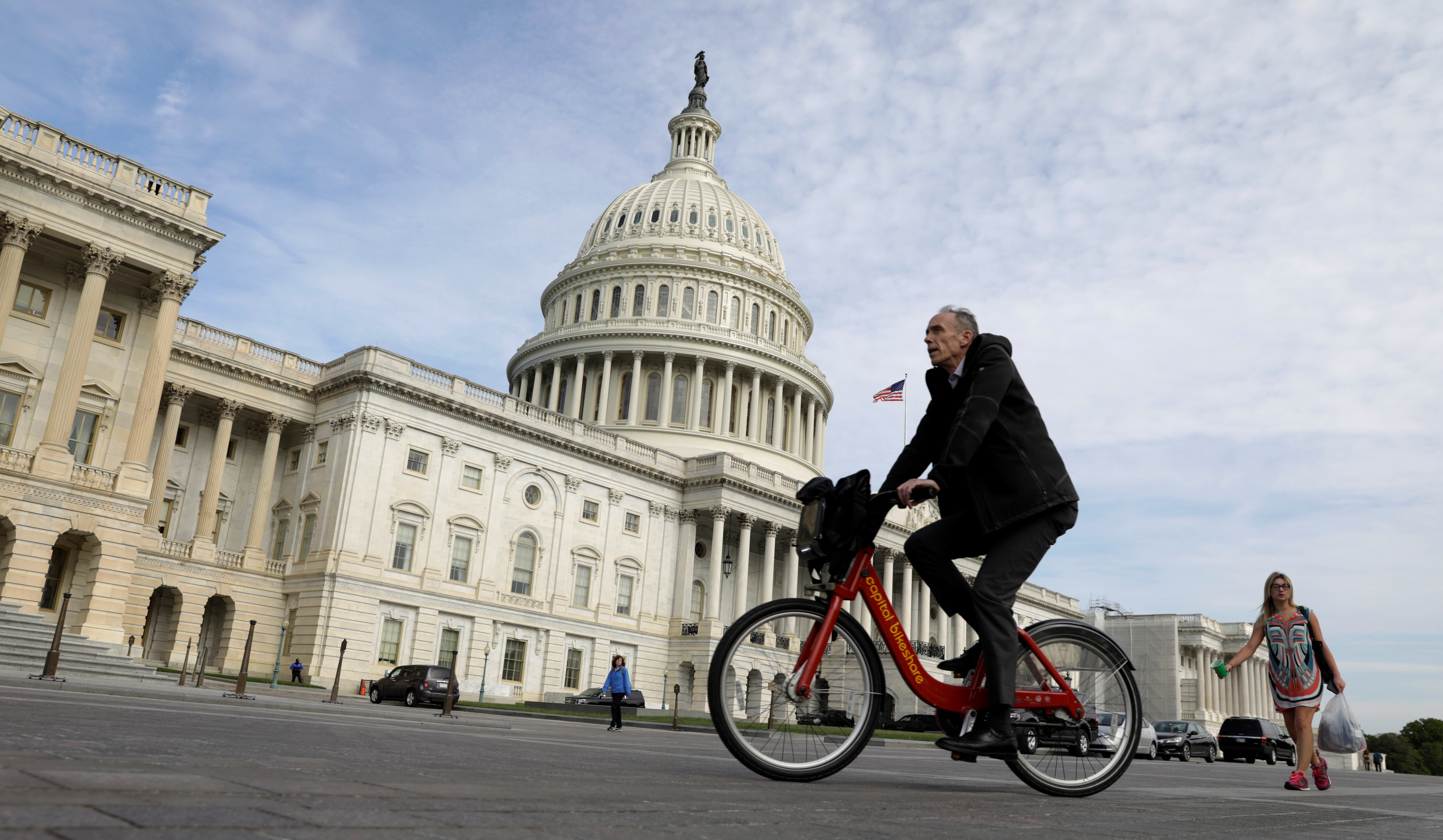 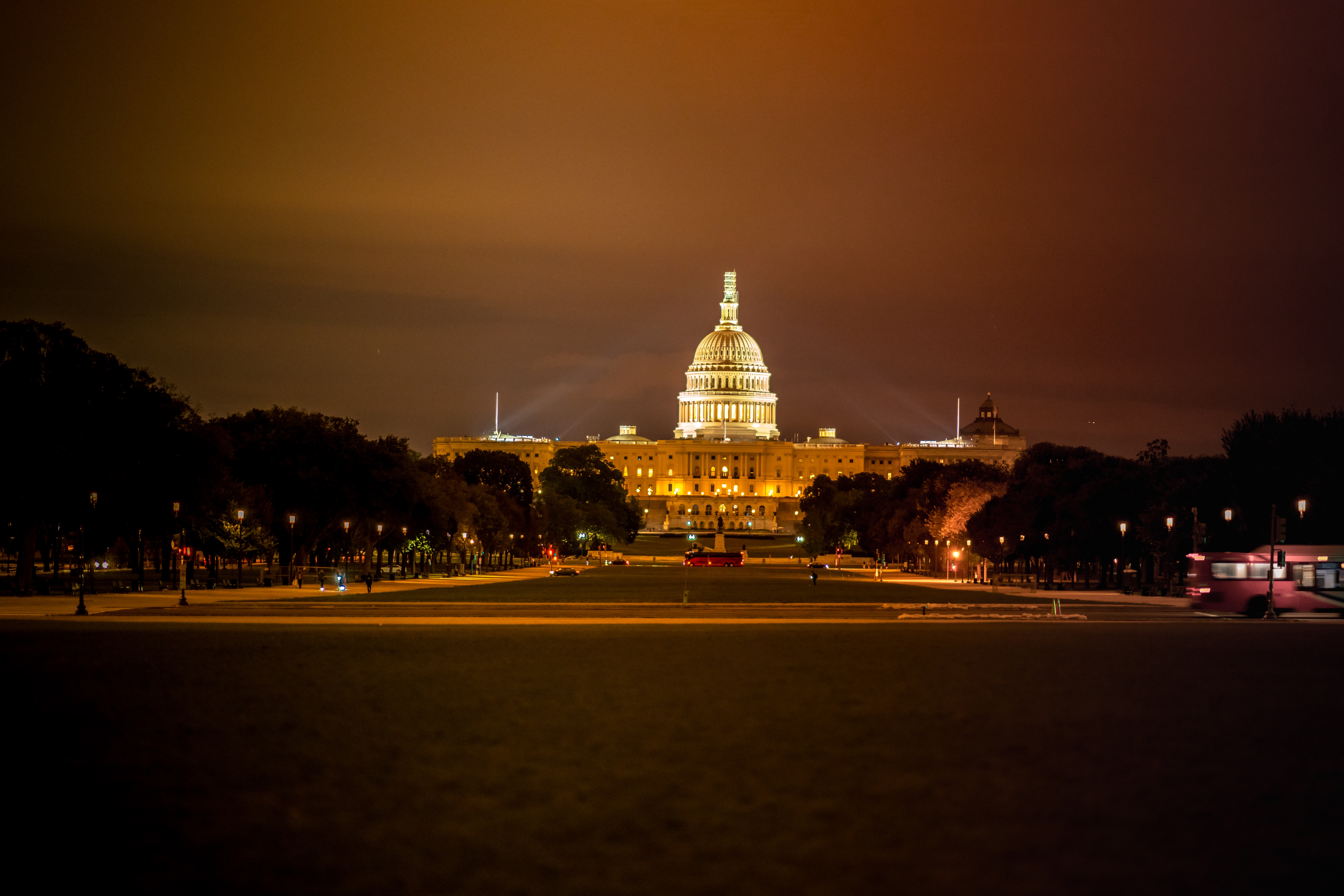 Revisiting the budget outlook: An update after the Bipartisan Budget Act of 2019

The Fiscal Ship as a teaching tool 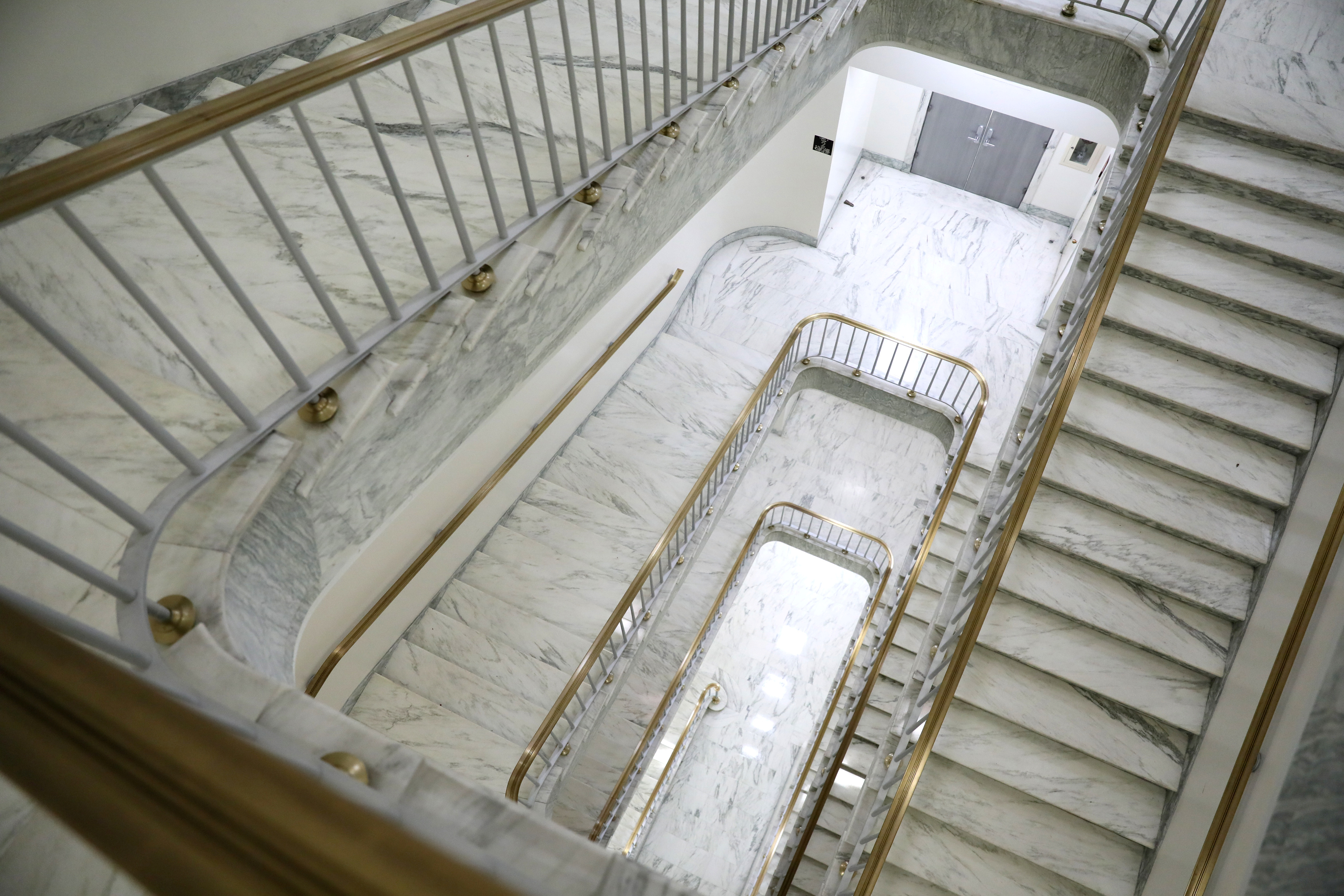 Getting Congress to confront our growing fiscal problem