The President and most Democrats in Congress favor boosting the minimum wage. So do most voters. The President and Congressional Democrats also favor extending Emergency Unemployment Compensation. That program provides additional unemployment benefits to workers who have exhausted regular compensation, usually after collecting a check for about 26 weeks. Voters have not been polled about their views on unemployment benefits as often as they have been asked about a minimum wage hike. The fragmentary evidence (available here and here) suggests that voters by wide margins also support an extension of the Emergency Unemployment Compensation program.

Opponents of a minimum wage hike and extension of unemployment benefits often argue that the measures do not help—and may actually hurt—the workers or families they are intended to assist. Opponents seem to interpret the public’s support of a higher minimum wage or an extension of jobless benefits as evidence that most people have not given careful thought to the consequences of the policies they support.

While this interpretation might be correct, it seems more likely that the policies are straightforward enough so that most voters have a clear idea of how they work. A minimum wage hike from $7.25 an hour to $10.10 an hour will boost the hourly pay of everyone covered by the minimum wage who currently earns less than $10.10 an hour. A 13-week extension of unemployment compensation will allow workers to collect an additional 13 weeks of benefits. We are not talking about the tax code, the Affordable Care Act, or travel to distant planets, all of which are so complicated that even experts do not understand how they would affect middle class families—or even their own close relatives.

Cross-national data on the value of the minimum wage and the level of unemployment benefits suggest that U.S. generosity levels are comparatively meager. Chart 1 shows the value of 13 rich countries’ minimum wage levels compared with the average wage in the country. Of the countries included in the chart, the United States offers the lowest legal floor on wages. Chart 2 shows the after-tax value of unemployment benefits measured as a percent of an average worker’s after-tax earnings while employed. The OECD has estimated this replacement ratio for the first five years after a worker’s layoff, assuming the worker remains jobless over the full period. Among the 21 rich countries included in the chart, the United States ranks near the bottom. I have estimated the protection available under our regular unemployment insurance program and the extra protection available when the Emergency Unemployment Compensation program was in effect in 2011. Including the Emergency benefits, the United States ranks 16th in generosity among the 21 countries in the chart. When Emergency benefits are subtracted, the U.S. rank falls to 21st. In other words, when the temporary extensions in unemployment benefits came to an end at the start of this year, we began to offer an unusually low level of protection against the risk of layoff.

The CBO recently examined the potential effects of a higher minimum wage. Americans for Prosperity, a conservative advocacy group, immediately claimed the report vindicated its long-standing opposition to a minimum wage hike. It interpreted CBO to conclude “… that raising the minimum wage to $10.10 would reduce total employment by about 500,000 workers—and would disproportionately hurt low-wage workers… Raising the minimum wage would hurt those who need economic opportunity the most.”

The CBO did a careful job analyzing the potential effects of a higher minimum wage, offering a controversial estimate of the adverse impact of a higher minimum on low-wage workers’ employment. However, it is hard to see any interpretation of CBO’s results that would convince low-wage workers a minimum wage hike is a bad idea. “Among the 33 million low-wage workers earning less than $11.50 per hour …, real earnings would increase by $31 billion as a result of higher wages if the $10.10 option was implemented… About 16.5 million workers who will earn less than $10.10 per hour under current law would receive higher wages … and some workers who earn between $10.10 and $11.50 per hour under current law would receive higher wages as well.” (p. 11) This CBO estimate accounts for the employment loss that occurs as a result of a higher minimum wage. The plain fact is that the earnings loss caused by the predicted employment drop is small in comparison to the earnings gain that low-wage workers obtain if their employers must pay them a higher wage.

Once can imagine a small minority of low-wage workers will be made worse off as a result of a higher minimum wage. These workers suffer enough extra joblessness so that the gain in wages they receive while employed is smaller than the loss of earnings caused by the modest drop in employment. But the CBO predictions clearly show that the earnings gains received by low-wage workers as a whole will outweigh any earnings loss caused by higher joblessness. It’s not even close. Even if CBO used estimates of job loss twice the size of the ones it prefers, low-wage workers on average would enjoy sizeable income gains from a minimum-wage hike. Why should well-informed workers oppose a policy that is likely to give them higher take-home pay?

It is hard to believe low-wage workers or average voters misunderstand these facts. Many Americans favor a minimum wage because they think it can help improve the well-being of low-wage workers without imposing heavier burdens on taxpayers. Unlike other methods of helping poorly paid workers, a minimum wage actually increases the incentive for workers to become employed and increase their work effort. The minimum wage is also less expensive to administer than typical redistribution programs, which usually require the government to collect information about workers’ earnings and family incomes. Many fewer public employees are needed to enforce the minimum wage than to administer social assistance programs. Finally, the minimum wage takes hourly wages out of competition for workers at the bottom of the earnings distribution. Since all employers must pay workers no less than the minimum, they are prevented from competing with one another on the basis of extremely low wages for their least skilled workers.

Results from decades of public polling make it clear that Americans by and large approve of the minimum wage. When the minimum wage is left unchanged for a number of years, large majorities usually support raising it. Support for the minimum wage is stronger among Americans with low family incomes compared with those at the top of the income distribution. Even among affluent Americans, however, the minimum wage has the support of a sturdy majority. The recent CBO report suggests a simple explanation for the differing levels of support. Families in the bottom half of the income distribution obtain modest income gains from a higher minimum wage, whereas families in the top half of the distribution suffer proportionately small income losses as a result of higher prices and reduced business profits (pp. 12 and 14).

Is it really plausible that most voters—and most low-income breadwinners—are ignorant of how a minimum wage hike or a temporary extension in unemployment benefits might work? Voter ignorance is a comforting assumption for conservative opponents of the policies. My suspicion is that most voters have a decent grasp of the pros and cons of a minimum wage hike and an unemployment benefit extension. The majority of voters favors both strategies because that majority believes, correctly, that the humanitarian benefit that flows from the policies outweighs their modest adverse effects. 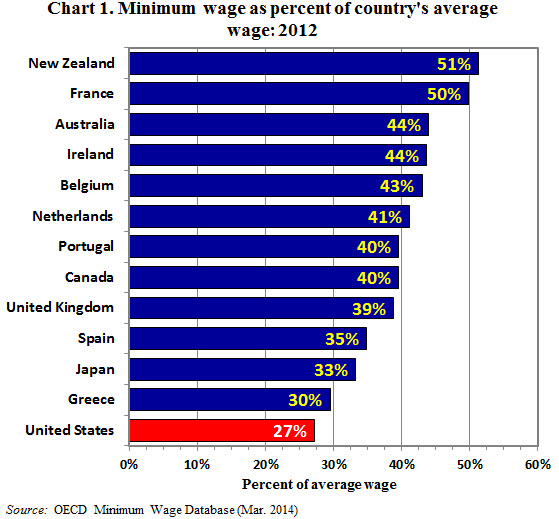 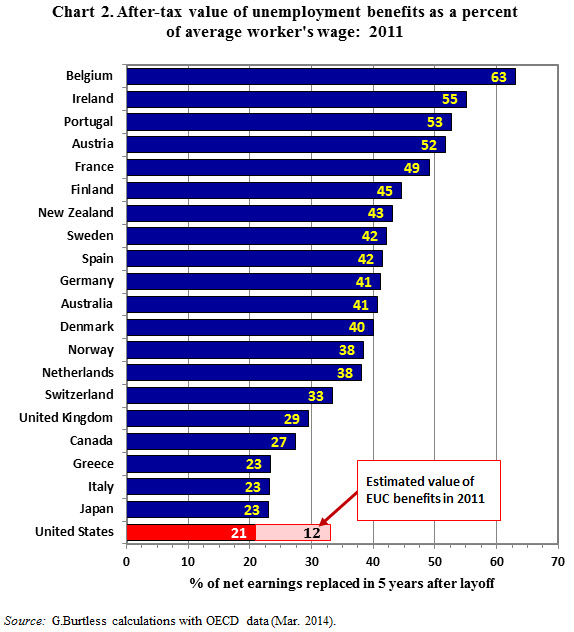