As part of the monthly Foreign Policy roundtable series, Brookings India hosted a private discussion on “Is all Terrorism Local?” featuring Mr. Vikram Sood, former head of R&AW and an advisor at the Observer Research Foundation. The discussion was moderated by Ambassador Shivshankar Menon, Distinguished Fellow in Foreign Policy at Brookings and India’s former National Security Advisor and Foreign Secretary. The discussion put forth various viewpoints on the drivers of terrorism, methods to counter terror, the nature of the problem and in particular the threat of ISIS in India and South Asia.

Cross-border radicalisation and terrorism is a real threat today and is becoming more mainstream. At the roundtable, some discussants were of the opinion that globalisation has ensured the internationalisation of the problem and therefore terrorism is essentially influenced by global trends. All forms of terrorism, whether insurrectionary, loner or nationalist, have a global thrust and agenda. For example, lone wolf attacks are primarily triggered by local grievances but are influenced and supported by global actors, making them international in nature. Furthermore, regional, national and extra-regional interests shape the nature of terrorism, as has been observed in West Asia most prominently in the last few years. While the al Qaeda in its original form under Osama Bin Laden concentrated its attacks on the ‘far enemy’ i.e. the United States and the West, the Islamic State (ISIS) emerged as a response to Shia violence in Iraq and capitalised on the Shia-Sunni divide in the region. ISIS now has international manifestations in several dozen countries around the world. The involvement of other countries such as Saudi Arabia, Iran, Turkey, the United States, France etc. has further complicated problems in the Middle East. It follows from this that states are essentially realist in nature and are primarily concerned with advancing their interests and preserving their security.

Many discussants were also of the opinion that terrorism is local in nature. While the ideological drivers of terror are usually local, the support network that they use and the impact that terrorists hope to generate are international in nature. Given that the drivers of terrorism are local in nature, it is important to distinguish between insurgency and terrorism so as to ensure an accurate response. It is also important to make a distinction between religious conservatives and radicals, and identify causes or grievances that might be a trigger for violent activities. When a narrative is shaped as radical, the state is likely to take more extreme measures for something that might just be a local grievance. In order to identify an approach or a method to tackle a problem, defining the problem correctly is critical. 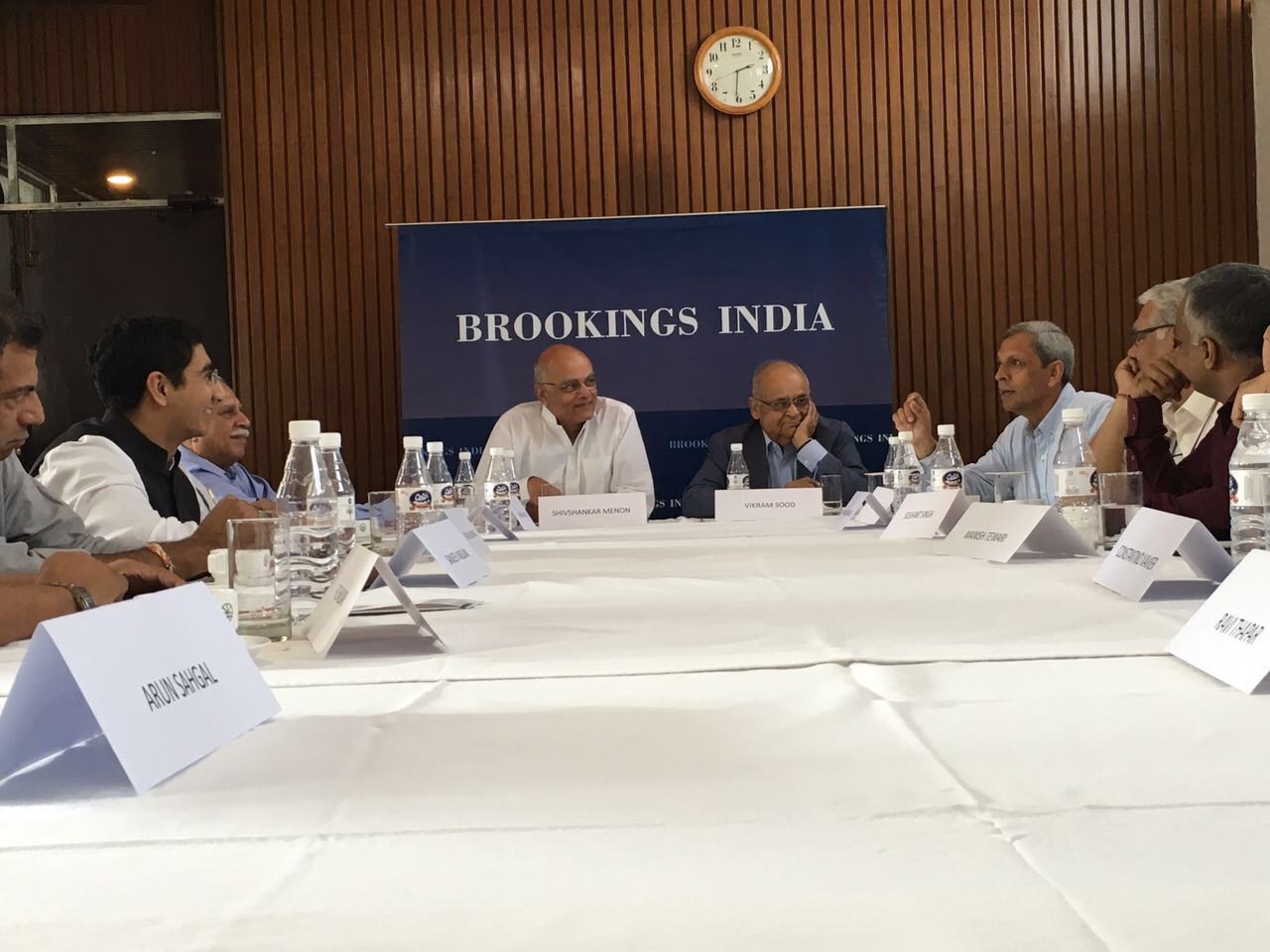 Given the difficulty of navigating though conservative opinions within a community, neutral counter-terrorism methods can effectively deal with radicalization and terrorism without singling out any particular community. There needs to be a coordinated response to terrorism through not only counter-terror measures but also through political dialogue and solutions. An important caveat is that even though counter-terrorism seems like the ideal path to take given the transnational nature of the problem, the method it should follow is not very apparent. Terrorism can also be compared to crime since it uses the same methods and tools to achieve its objectives such as black marketing of goods and arms, money laundering networks, cover houses etc. The fact that terrorism and crime is often interconnected means that it is very difficult to devise legislation that can tackle the issue effectively. However, one credible way of dealing with terrorism is to treat it as a law and order issue.

In the context of recent developments in Bangladesh and Afghanistan, the discussion also focused on the threat on the threat of ISIS in India as well as broader South Asia, and the nature of the problem. The impact and influence of ISIS in different countries varies. Despite media reports about a significant presence of ISIS in Afghanistan, the Taliban remains the most important threat for the country, subduing ISIS influence. The threat is more acute in Bangladesh which is prone to radicalisation advocated by the right wing. The threat in Bangladesh could also have repercussions for India through cross-border infiltration into West Bengal and Assam. Pakistan is perhaps the most natural habitat for ISIS to proliferate in South Asia because of the existing terror infrastructure in the country and tacit support from the Pakistani establishment for anti-India militant groups. In India, there have been several cases of Indian youth being radicalised and recruited by ISIS, mostly from the southern states of Maharashtra, Telangana, Karnataka and Kerala. While the number of incidents of ISIS radicalization have gone up in the recent past, India has had a good record of detaining suspected persons.

In conclusion, narratives play an important role in shaping popular public opinion and can go a long way in mitigating negative responses in the event of a terrorist attack. Managing perceptions therefore should be a key objective of the government in dealing with terrorism. More attention needs to be given to different narratives by different actors. For example, the narrative in the Urdu media is very different from the mainstream media, leading to alienation of certain sections of the community. Without cognizance of the alternative discourse, we cannot hope to address issues effectively or comprehensively. Strong and effective intelligence networks, a coordinated response by the political and security establishment, and better perception management are some important ways of handling terrorism related crises.

Saachi Gupta, a research intern at Brookings India, contributed to this report.

Like other products of the Brookings Institution India Center, this article is intended to contribute to discussion and stimulate debate on important issues. The views are of the author(s) and discussants(s). Brookings India does not have any institutional views.

Why globalization is shifting in favor of India, not China

Raising the standard: Time for a higher poverty line in India