Over the past month, Brookings India has hosted a number of policymakers, journalists, academics, and representatives of civil society, international organizations, and the private sector, to discuss the various issues at stake in the contemporary international relations paradigm.  Overall, these events have an common underlying narrative – at one level, panelists discussed the broad changes in the global landscape, and on the other, analyzed India’s opportunities and weaknesses in this changing world. From leadership to regional integration and environmental challenges, a number of themes have emerged through these conversations. 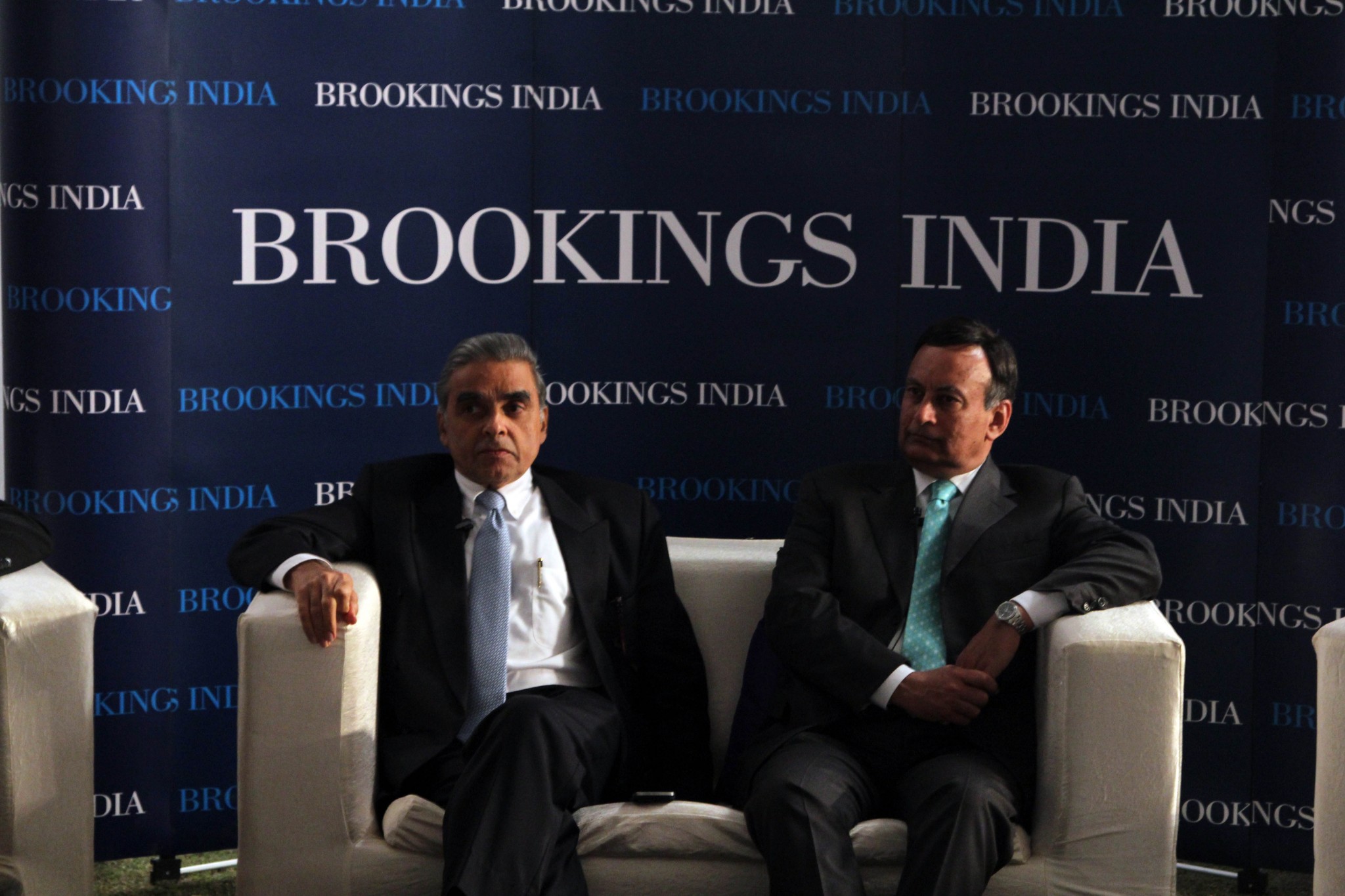 2014 is going to see some very significant changes in South Asia with implications for national priorities, regional arrangements, and the emerging global order.  In the context of such transitions, Brookings India hosted three prominent foreign policy experts – Ambassadors Husain Haqqani, Kishore Mahbubani, and Shyam Saran – to discuss their perspectives on the current global landscape, and how they see South Asia fitting into this setting. Overall, the discussion was embedded in optimism about the broad changes in the international relations paradigm, but a cautious optimism that took into account the various aberrations that stand in the way of global security and stability… Read More

Kishore Mahbubani on The Great Convergence:

Professor Mahbubani, a prevailing optimist, declared that “War, after centuries of being a scourge for humanity, is now becoming a sunset industry.”   Nations and their people are looking for win-win solutions in South-East Asia while they share modern science and technology, ratio and logic, a free market economy, a political model based on social contract and multilateralism. Humanity is climbing the escalator of education and civilization, hence becoming far less violent in its interactions… Read More