One of the major challenges to growth and development in African countries is a lack of reliable electricity.  According to the International Energy Agency, more than 620 million people  in the region live without access to electricity. This “energy poverty” hinders more than just individual well-being: Industry, business, and overall economic development are hampered by lack of reliable access to electricity. Many businesses in Africa cite power shortages as the biggest obstacle to their productivity, and the World Bank estimates that 4.9 percent of sales of African businesses are lost annually due to unstable electricity supply.

In response to these enormous obstacles, the U.S. government’s Power Africa initiative aims to leverage private sector investment to create 60 million new electricity connections and 30,000 MW of electricity generation across sub-Saharan Africa. Power Africa has already garnered over $20 billion in private sector commitments. To ensure the sustainability of these efforts, both the House and Senate have introduced bills, known as “Electrify Africa” to authorize a longer-term U.S. commitment to expanding energy access and boosting power generation on the continent. The main objectives of these bills are to establish increased electricity access and generation capacity as a key priority of U.S. policy toward Africa; require a comprehensive U.S. strategy for addressing energy poverty in the region; and reauthorize the Overseas Private Investment Corporation (OPIC) to continue to spur private investment.

On Monday, September 28, the Brookings Institution’s Africa Growth Initiative in collaboration with the Center for Global Development hosted a briefing to discuss U.S. energy policy in sub-Saharan Africa, specifically tackling the greatest challenges to Power Africa; other obstacles hindering U.S. private investment in energy there; and how Electrify Africa might affect U.S. efforts on the continent.

The discussion was moderated by Nilmini Rubin, the senior advisor for global economic competitiveness at the U.S. House Foreign Affairs Committee. Panelists included Earl Gast, senior international advisor for Africa at Covington and former assistant administrator for Africa at the U.S. Agency for International Development ; Ben Leo, senior fellow at the Center for Global Development and the director of the Rethinking U.S. Development Policy initiative; and Bobby Pittman, senior advisor to TPG Growth and the managing partner at Kupanda Capital. Andrew Westbury, associate director of the Brookings Africa Growth Initiative, provided introductory remarks. 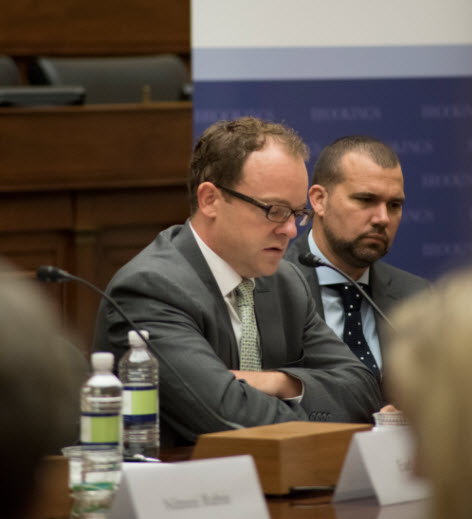 The Center for Global Development’s Ben Leo discusses how energy poverty not only inhibits high-quality education and improved health, but also hinders entrepreneurship and economic development on the continent.

Ben Leo provided context to the discussion by focusing on why energy poverty is a “debilitating impediment” to growth and progress in Africa. He identified the important linkages between increased electricity and health outcomes, educational environments, and job prospects. He also noted that Power Africa represents a new development approach within the U.S.-Africa partnership by leveraging U.S. and international private capital and government support. He emphasized that supporting a massive increase in energy generation and distribution will take time. As a result, he argued, long-term U.S. commitment to the issue—as codified in the Electrify Africa Act—is a necessary part of addressing energy poverty across the continent.

Earl Gast outlined current U.S. efforts in addressing African energy poverty, specifically highlighting what he considers three more impressive aspects of the Power Africa initiative: its ability to create a “movement” around energy poverty, not just an “initiative;” its focus on transactions; and its emphasis on U.S. government-private sector complementarity. He described Power Africa as a unique initiative in that it facilitated a successful collaboration between the 12 different U.S. agencies during the implementation process. Despite his general praise, Gast admitted that the initiative has faced obstacles, including difficulty maintaining “deal flow,” which is the rate at which business proposals and investment offers reach the table. In addition he discussed difficulties with coordinating between up- and down-streams as well as balancing megawatt targets with questions of access, and managing expectations overall. Like Leo, Gast reminded the audience that power projects take a very long time, noting that even just negotiating deals can take as long as seven years for a deal to close. 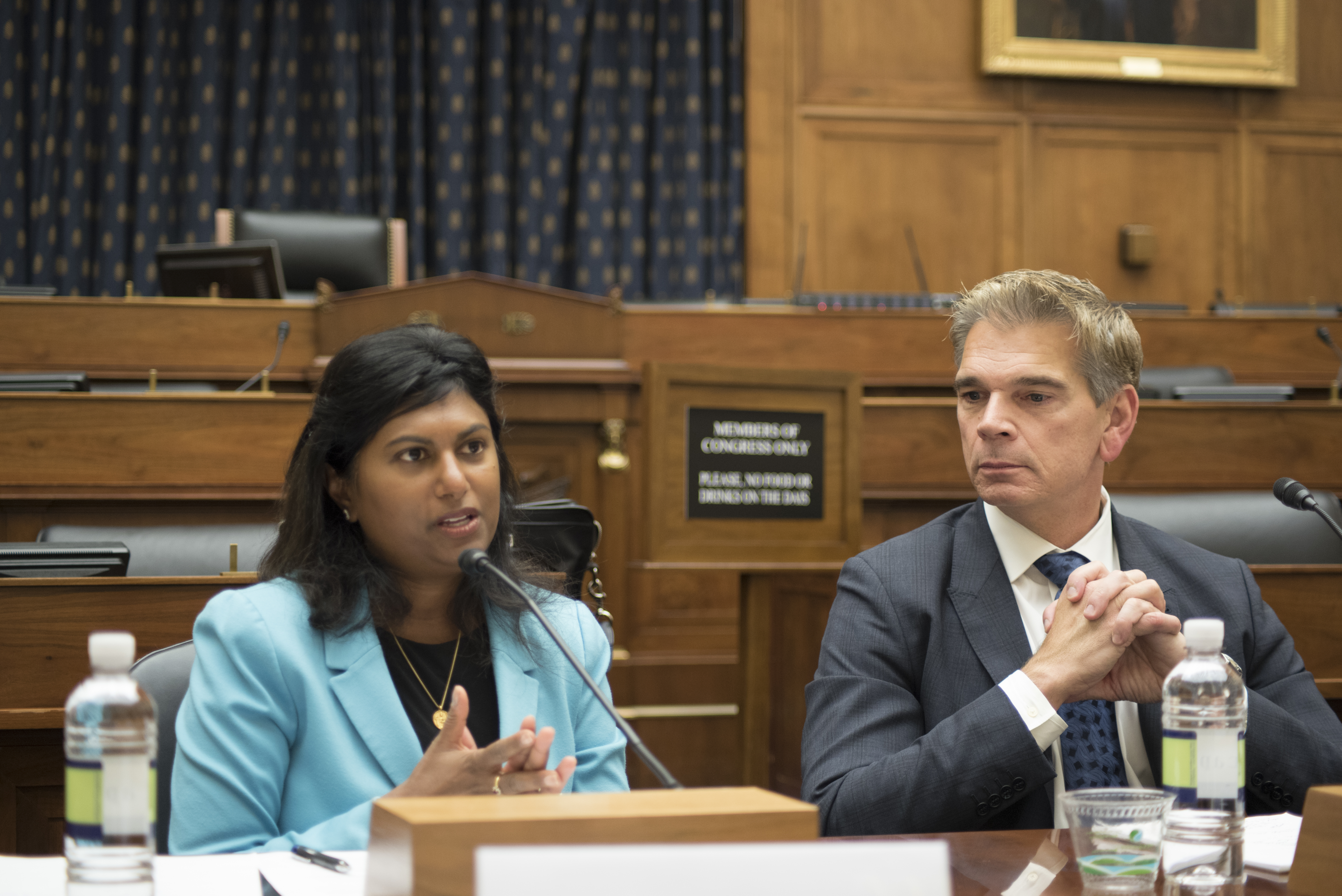 Bobby Pittman offered a private sector perspective on the issue. He explained that energy access and generation are also major considerations for projects executed by the African Development Bank and other development finance entities, highlighting the broad support this priority receives from different stakeholders. Pittman echoed Gast’s sentiments concerning the need to improve deal flow. He also described the importance of consultation and collaboration between the public and the private sector. In particular, he highlighted OPIC as a useful tool in providing financial guarantees to support private sector investment in African electricity infrastructure projects. However, he proposed an increased reliance on local intermediaries for funding projects instead of just depending on OPIC funding. Cautioning against the tendency to generalize about Africa, Pittman noted the great variance between energy challenges and sector dynamics in different countries within the region and urged policymakers to be sensitive to these unique contexts because an all-purpose solution is not an effective strategy. For example, although Ghana and Nigeria have similar energy poverty statistics; solar power might be a better fit for Lagos than Accra because of the heavy usage of generators in Lagos. “Details like this matter a lot”, Pittman asserted.

As the briefing drew to a close, Rubin explained that addressing African energy poverty, especially though the Electrify Africa Act, actually complements other U.S. government programs in Africa, especially the newly renewed African Growth and Opportunity Act. Solid energy infrastructure is an integral part of increasing trade and investment capacity, she said. In that way, Rubin concluded, is Electrify Africa only one piece of the puzzle, About the act, she also emphasized, “You cannot legislate management,” meaning that the bill is meant to serve as a framework for action. Success of the act, as well as other U.S. efforts in Africa, depends on the success of the federal agencies effectively administrating U.S. programs designed to increase electricity access and generation capacity in Africa.

On Monday, September 28, the Brookings Institution’s Africa Growth Initiative in collaboration with the Center for Global Development hosted a briefing to discuss U.S. energy policy in sub-Saharan Africa, specifically tackling the greatest challenges to Power Africa; other obstacles hindering U.S. private investment in energy there; and how Electrify Africa might affect U.S. efforts on the continent.

How can digital public technologies accelerate progress on the Sustainable Development Goals?