India’s health care sector is poised at a crossroads, and the direction taken now will be critical in determining its trajectory for years to come. In a recent Brookings India paper on the Indian government’s health care policy, we argue that it should prioritize expanding and effectively delivering those aspects of health that fall under the definition of “public goods’” for example, vaccination, health education, sanitation, public health, primary care and screening, family planning through empowering women, and reproductive and child health. 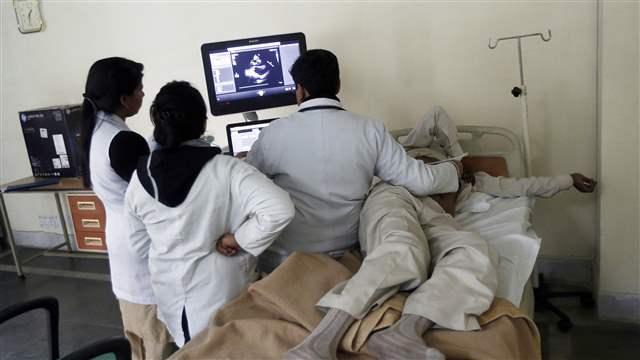 Reuters/Adnan Abidi – Doctors look at the ultrasound scan of a patient at Janakpuri Super Speciality Hospital in New Delhi, January 19, 2015

These are all aspects of health with significant externalities and thus cannot be efficiently provided by markets. Large gains in the nation’s health, and particularly the health of the poorest and most marginalized, can be made with this limited focus. As just one estimate, a 2010 World Bank study showed that India lost 53.8 billion USD annually in premature mortality, lost productivity, health care provision and other losses due to inadequate sanitation.

Not about the money: Reforming India’s management systems

Importantly, these gains can come very cost effectively, as demonstrated by India’s neighbors Bangladesh and Sri Lanka, which spend less as a percentage of GDP on health than India, but have better outcomes. It is not an expansion in spending that is critical for improving health outcomes. Instead, India needs to set appropriate goals and reform the public health care sector’s governance and management systems so that it is able to deliver on those goals. Evidence gathered globally and within India suggests that without good governance, additional spending would be worth little. One potential model to adopt is to set up publicly owned corporations at the state level that can take over the existing state health infrastructure and health delivery operations, thus permitting greater flexibility in management than the government’s notoriously inefficient and hidebound administrative systems.

India needs to set appropriate goals and reform the public health care sector’s governance and management systems so that they are able to deliver against those goals.

Where secondary and tertiary care are concerned, we believe that the government’s role should be to provide a different public good—sensible and responsive regulation that allows a health care market to develop. The government’s regulatory mechanism will need to address issues of information asymmetry between doctors and patients, for which we recommend government action to supplement market solutions for doctor discovery and quality appraisal that are already springing up. Hospital accreditation, increased importance for patient safety standards and guidelines, standardized, and, in time, mandated, Electronic Medical Records are all measures that will go toward ameliorating market failures that arise from information asymmetry in health care. Increased focus on patient safety in medical curriculums will help, but providing regulation that balances the twin objectives of improving monitoring, reporting and prevention of adverse events while disincentivizing the events themselves will be a key challenge for regulators.

Human resource expansion in health care is an area where transparent and responsive government regulation on the supply side is a public good of fundamental importance. The paucity of qualified health workers in India is well documented. The distribution, too, is skewed – the public health system, particularly in rural areas, is very short of qualified personnel. As many as 18 percent of government Primary Health Centers (PHCs) were entirely without doctors, and many others faced shortages. One promising way forward is offered by Indian state Chhattisgarh’s experience with a 3 year long medical training course. While the course was shut down in a few years after opposition from doctors, its graduates were hired as Rural Medical Assistants (RMAs) in PHCs. A Public Health Foundation of India (PHFI) study in 2010 evaluated PHCs across the state, focusing on diseases and conditions that PHCs most need to treat. They found that PHCs run by RMAs were just as good as those run by regular MBBS doctors in terms of provider competence, prescription practices and patient and community satisfaction. Practitioners with training in traditional medicine can also be potentially mainstreamed into such roles. Such avenues toward overcoming the shortage of medical personnel in rural areas must be explored.

As many as 18 percent of government Primary Health Centers (PHCs) were entirely without doctors, and many others faced shortages.

Health care financing is another area where government can play a large role. Medical insurance has proved to be a poor model for financing health care. It faces several theoretical pitfalls and has been one of the major factors behind the expensive and unsustainable healthcare system in the U.S. One approach that circumvents the adverse selection and moral hazard issues of medical insurance is that of introducing Medical Savings Accounts (MSAs). MSAs can be encouraged by tax deductions that would apply if the accounts were used to pay for medical expenses, and equity concerns can be alleviated by direct payments for those that cannot pay for themselves. 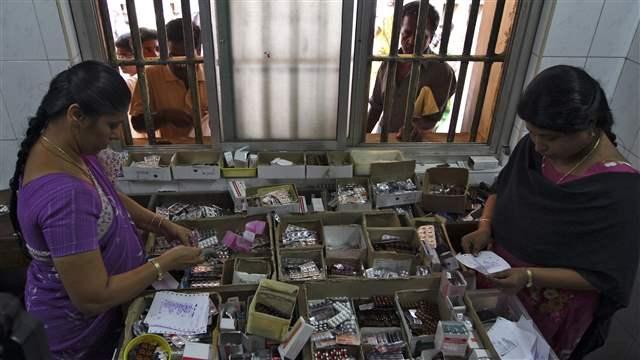 These methods can help us accomplish the task of building a health care system that places its principal public spending focus on making and keeping large swathes of our population healthy, and its principal regulatory focus on creating an efficient market for health care.

What can the U.S. health system learn from Spain?

What can the U.S. health system learn from Mexico?

What can the U.S. health system learn from India?