Malaria inflicts an enormous toll on health, killing close to 600,000 people annually and causing an estimated 200 million cases per year. The burden of malaria falls disproportionately on children under 5 and in the nations of sub-Saharan Africa. The region experiences about 90 percent of all malaria-related mortality due both to climatic factors favorable to disease transmission, and because the malaria parasite most prevalent there, Plasmodium falciparum, is much more deadly than strains found elsewhere.

However, these studies evaluated eradication of the P. vivax parasite, which causes severe illness, but is infrequently fatal, unlike the malaria parasite prevalent in our study area: P. falciparum. Thus, previously-studied campaigns reduce only morbidity (illness), not death, and generate an unambiguous positive impact on both human capital and earnings. Given the P. falciparum eradication that we study also reduces mortality, poor children who are at greater risk of contracting malaria are more likely to survive. But, these children are then more likely to receive less schooling and as a result, have lower earnings later in life. Therefore, it is possible that reducing malaria-related mortality in sub-Saharan Africa could have the unfortunate effect of flooding labor markets with low-skilled workers and driving down wages or raising the ratio of children to adults in the economy.  That is, we investigate whether African governments may have to weigh saving lives through malaria control against overall economic development. Other macroeconomic studies of reduced mortality have indeed found minimal economic benefits to society at large despite the welcome result of lives saved.

Malaria was eradicated for a short time between the years 1959-60 in southwestern Uganda.  Despite the success of this campaign and a string of malaria control and eradication initiatives in the region starting in 1945, the World Health Organization decided to end its Global Malaria Eradication Program in 1969, citing fears of mosquito resistance to DDT and mixed results from early efforts at malaria elimination in sub-Saharan Africa. The Uganda campaign is unique among these because it targeted a large area and documented massive reductions in parasite rates from as high as 23 percent to effectively zero within one year.

The rapid decline in malaria over a clearly defined area provides a sharp delineation between a pre- and post- campaign to measure impact. Figure 1 shows malaria intensity in the treatment district before eradication. However, given that eradication was not randomly assigned and took place in one district of Uganda, we create a comparison district using the synthetic control method to estimate causal effects. A synthetic district is created by weighting other districts in Uganda such that pre-eradication characteristics (obtained at the district level from the Uganda Census 1959) resemble those of the eradication district pre-treatment. To estimate causal effects, the trajectory of economic outcomes in this synthetic district is compared against the treatment district after eradication. Data on outcomes is used from 1991 Uganda Census. 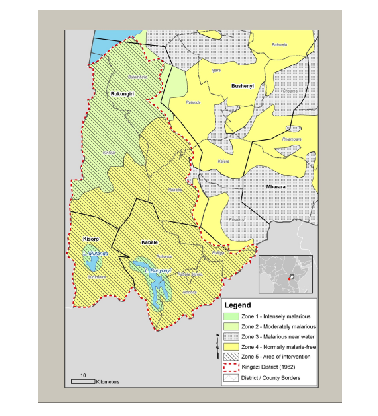 Figure 2 displays the trajectory of schooling for males born in the treated and synthetic control districts. We find that children in the treatment district born after eradication obtained a half year more schooling than those in the synthetic control who were not exposed to the campaign. A conservative estimate of the rate of return to education suggests this effect results in 5 percent greater earnings per year. We find similar effects for females, along with a 30 percent increase in primary school completion. Figure 3 shows the likelihood of male wage work by birth cohorts in the eradication district compared to the synthetic control. We observe 40 percent greater probability of wage work for those born in the treatment district after eradication compared to control. We cannot explicitly identify the channel through which malaria eradication resulted in improved economic outcomes, but our results are consistent with the theory that reduced malaria exposure in utero and during early life leads to cognitive improvements that later benefit children both in school and the labor market. 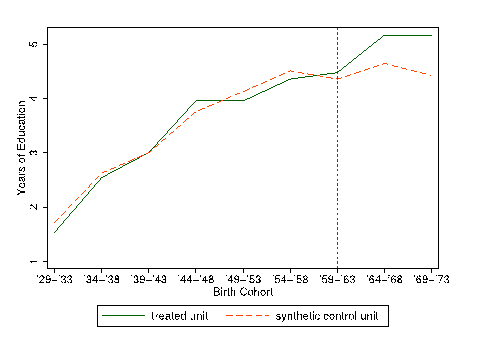 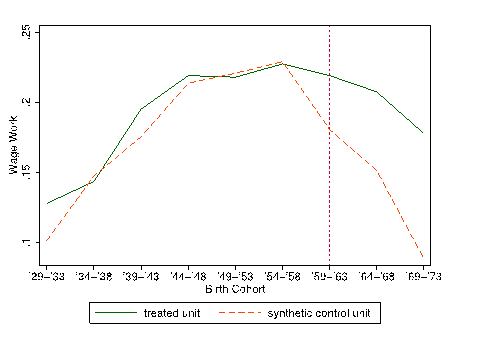 The impact on schooling we find in Uganda is at least as large as that found for eradication in other parts of the world, suggesting that in addition to a sharp reduction in malaria-related mortality, eradication in this region improves economic development prospects. Given previous studies and differences with malaria in sub-Saharan Africa, our findings are most applicable to extrapolate current efforts at malaria control throughout the region.

Since 2000, funding for malaria control has increased rapidly, as $8 billion was provided from the Global Fund for AIDS, TB, and Malaria and $3.4 billion from the President’s Malaria Initiative. However, this study indicates that if the long-term economic benefits of these programs are accounted for, the costs are substantially lower than currently thought. When making resource allocation decisions, both international development agencies as well African governments would be wise to adjust their costs estimates using this growing set of findings on the short- and long-run economic benefits of malaria control interventions. To achieve the Sustainable Development Goal, Target 3.3 – ending the malaria epidemic by 2030 – sustained effort is required, instead of the current funding stagnation. But our work shows that this investment will help end poverty in sub-Saharan Africa as well as reduce the burden of disease caused by malaria.