Global long-maturity interest rates have been declining for 700 years

Global real interest rates have been historically low since the Global Financial Crisis.  Are these changes permanent or temporary? Kenneth Rogoff of Harvard, Barbara Rossi of Pompeu Fabra University, and Paul Schmelzing of Boston College study long-maturity interest rates spanning over 700 years, a far longer period than previous research. They find that global real rates have been steadily decreasing by 1.6 percentage points every century, starting at a level of around 11% in the 14th century and decreasing toward a level of about 1% in the early 21st century. Testing for inflection points, they find that two previously identified points – one in 1914 (the founding of the U.S. Federal Reserve and geopolitical shock of WWI), and one in 1981 (the start of the “Great Moderation”)— were less important than one would expect based on the literature. The major inflection points were the Black Death (1349) and the “Trinity Default” (1557). Finally, the authors show that changes in demographics and productivity are not a compelling explanation for changes in long-run interest rates, suggesting the very low interest rates since the Global Financial Crisis may not persist – although the authors caution that it is too early to draw any firm conclusions.

Smart thermostats do not live up to energy-saving claims

Using 18 months of data from 1,385 California households that were randomly assigned a free smart thermostat and professional installation, Alec Brandon of Johns Hopkins University and co-authors find that households with the smart thermostats do not save energy and possibly use more energy than households without them. Unlike traditional engineering models, which assume that users utilize the technology perfectly, the experiment found that users choose inefficient temperature settings, undoing the potential benefits of using smart thermostats.

Americans typically spend less in advanced old age than they do as new retirees, even after accounting for medical expenses. Using surveys completed by Americans aged 55 to 90, Susann Rohwedder, Péter Hudomiet, and Michael Hurd of the RAND Corporation find that most elderly Americans voluntarily decrease spending as they age, rather than doing so out of financial need. Respondents in their 80s spent the least of any of the age cohorts, were least concerned with saving money, and generally felt the most satisfaction about their present financial situation, though close to 20% reported being dissatisfied.  Additionally, respondents in their 80s reported finding less enjoyment in every spending category than respondents in younger age brackets. The findings suggest that retirees should plan for modestly declining spending in old age, rather than the flat spending path often implicit in retirement advice. 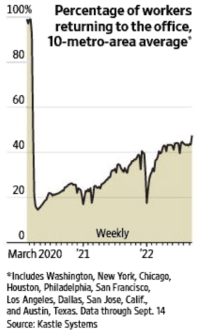 “[There are] four major changes in the international lending landscape… . First, the debt burdens of developing and emerging market countries have risen considerably. Second, use of non-traditional arrangements, including collateralized borrowing, has proliferated. Third, private sector creditors have grown in importance. Fourth, while many official creditors have shifted their focus toward offering grants, non-traditional official creditors have increased their lending to developing and emerging markets. In particular, China has vastly expanded its portfolio of loans and trade credits and is now by far the largest bilateral official creditor in the world. All these elements have introduced new complexities to the needed coordination among creditors in debt restructurings,” says Brant Neiman, Counselor to the Secretary of the U.S. Treasury.

“One important change in the creditor landscape stems from how China restructures its bilateral debts. Chinese policy and commercial banks typically rely on limited cash flow treatments and do not write down large losses.  Researchers have found that the majority of Chinese debt relief deals have come with significant delays and have not reduced the borrower country’s nominal debt burden. Instead, the deals involved lengthening maturities or grace periods, and in fewer cases, interest rate reduction or new financing. Only four cases since 2000 have reportedly involved haircuts on Chinese official debt. In some cases, such as the Republic of Congo in 2018, debt restructurings have even increased the net present value of China’s loans. As a result, the restructurings typically do not resolve the debt overhang and can stoke uncertainty about the need for repeated rescheduling.”