This week in Class Notes:

Low-income families in the United States tend to live in neighborhoods that offer limited opportunity for upward mobility. One explanation for this pattern is that families prefer these neighborhoods for other reasons, including affordability and proximity to family and work. An alternative explanation is that families do not move to high-opportunity areas because of barriers in the housing search process. Bergman et al. test these explanations by randomly providing customized search assistance, short-term financial support, and landlord engagement to low-income families to reduce the barriers associated with moving to a high-opportunity neighborhood. The authors find that the intervention increased the proportion of families who moved to high-opportunity areas by 40%. Interviews with the families reveal that addressing each family’s specific needs was critical to the program’s success. The conclusion: redesigning affordable housing policies to provide customized assistance throughout the housing search process could reduce residential segregation and increase upward mobility substantially.

Long-term impacts of childhood Medicaid expansions on outcomes in adulthood

Greater Medicaid eligibility has many positive effects on children, according to Brown et al. The authors use administrative tax data to examine the impacts of childhood Medicaid eligibility expansions on outcomes in adulthood at each age between 19-28. Greater eligibility was found to increase college enrollment and decrease fertility, especially through age 21. Starting at age 23, women had higher wage income. Both men and women had lower mortality rates. These adults also collected less from the Earned Income Tax Credit and paid more in taxes. Cumulatively, the federal government was estimated to recoup 58 cents of each extra dollar spent on Medicaid for children.

Class Notes: The end of the American dream?, opportunity markets, and more 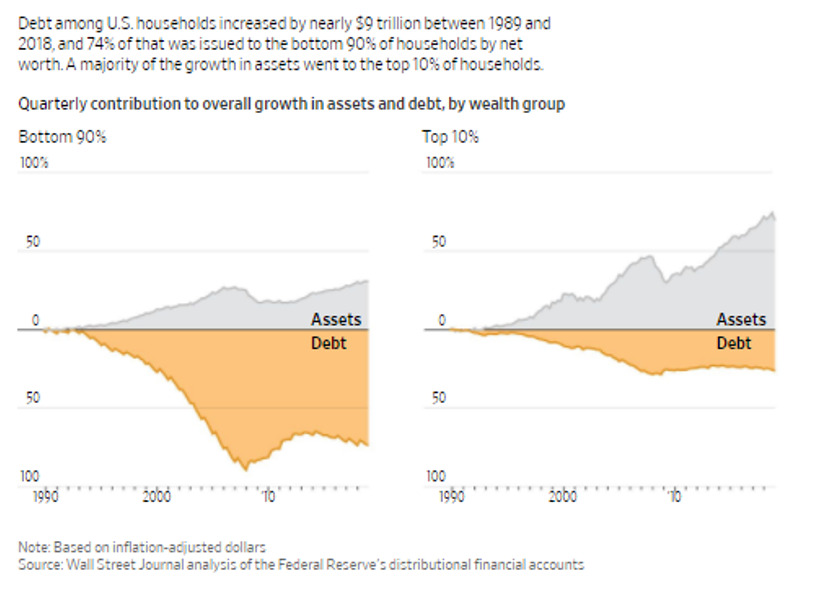 “This system [automatic college application] would make applying for college — even if only the local community college — the default for all high school students. The application process would go from being an opaque, complex, expensive process to a simple, universal piece of the high school experience. It would go a long way toward leveling the playing field between children of low-income parents and their wealthier peers. By doing so, it would make American society fairer, increase economic opportunity, and help discover some of the hidden talent that is currently going to waste” writes Noah Smith in Bloomberg News.

This week’s Spotlight features an excerpt from Daniel Markovits’ forthcoming book The Meritocracy Trap. In “How Life Became an Endless, Terrible Competition”, Markovits explains how a meritocracy, once lauded as a champion of social mobility, now excludes everyone outside of a narrow elite:

Markovits goes on to describe the ways in which even meritocracy’s beneficiaries now suffer on account of its demands, as those who manage to claw their way to the top must work with crushing intensity, ruthlessly exploiting their expensive education in order to extract a return. The solution? Open and inclusive education and a renewed emphasis on middle-class jobs.

In “Policymakers can help businesses retrain their workers”, Marcus Casey proposes ideas for improving skill matches between employers and employees across firms of all sizes, including making federal and state tax credits available to firms that provide retraining programs for at-risk workers, supporting the expansion of apprenticeship programs by providing tax credits to firms for bringing in expertise to train workers, and providing funding, personnel, and other incentives to local colleges to facilitate the development of programs better suited to employer needs.