Studies in this week’s Hutchins Roundup challenge assertions that much of today’s low interest rates reflect a decline in the natural rate of interest, find that reducing the maximum duration of unemployment benefits spurs recipients to look for work sooner, and more.

Using U.S. data for 1985-2015, Mikael Juselius of the Bank of Finland, Claudio Borio and Mathias Drehmann of the Bank for International Settlements, and Piti Disyatat of the Bank of Thailand challenge the view that today’s low inflation-adjusted interest rates largely reflect a decline in the natural or neutral interest rate. They argue that taking financial cycles into account raises the estimates of the natural interest rate and indicate that it has declined less since 2000 than other approaches suggest. One reason interest rates are so low, they say, is that monetary policy has reacted aggressively to financial busts, but has failed to react sufficiently to financial booms.

When Missouri abruptly reduced the maximum duration of unemployment benefits by 16 weeks in 2011, recipients affected by the change were far more likely to find jobs before benefits expired than other recipients, Andrew Johnston of the University of Pennsylvania and Alexandre Mas of Princeton find. A one-month reduction in the duration of unemployment benefits reduced the duration of benefit receipt by 15 days on average. Most individuals found jobs, and, according to the authors, these individuals didn’t displace current workers.

John Barrdear and Michael Kumhof of the Bank of England use a model of the U.S. economy in the pre-financial crisis period to conclude that introducing a central bank digital currency – a universally accessible and interest-bearing central bank liability implemented via distributed ledgers – would permanently increase GDP by almost 3 percent and would stabilize the business cycle. The mechanisms include reductions in real interest rates, distortionary taxes, and monetary transaction costs.

Chart of the week 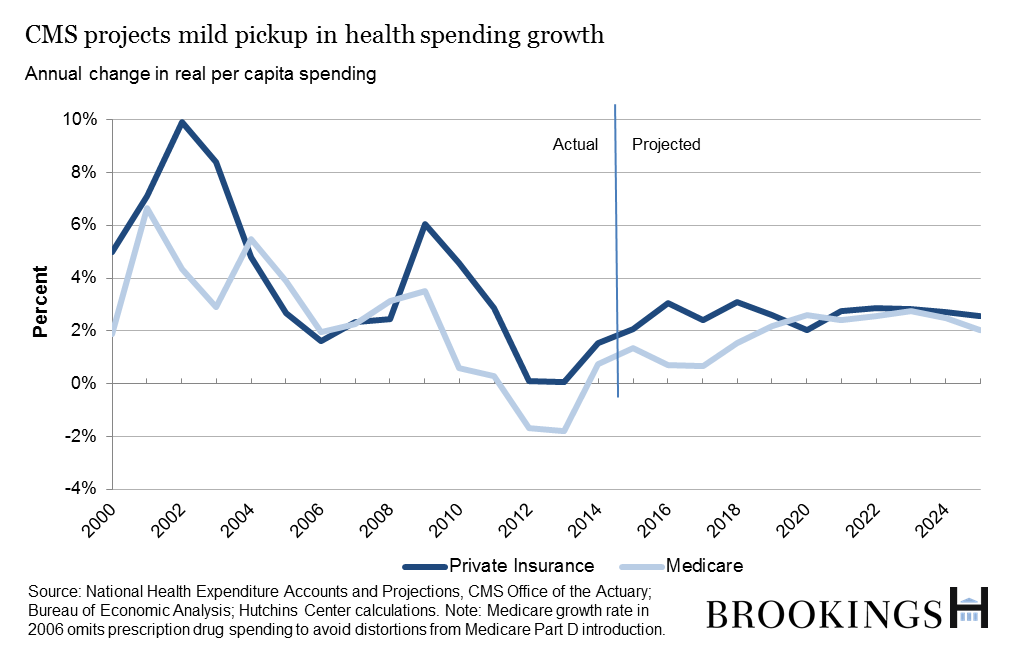 Quote of the week: “[E]ven though the [U.K.] economy is unlikely to crash, it is likely to slow, perhaps materially, in the quarters ahead,” says Bank of England official Andrew Haldane

“While companies and consumers might not be slamming on the brakes and going into reverse, as in 2008, some are likely to be going down a few gears, perhaps even moving into neutral. External economists expect the UK economy to tread water over the next few quarters. That means the amount of slack in the UK economy is likely to begin steadily rising in the period ahead, perhaps causing unemployment to rise. The main reason for that likely slowdown is uncertainty.”